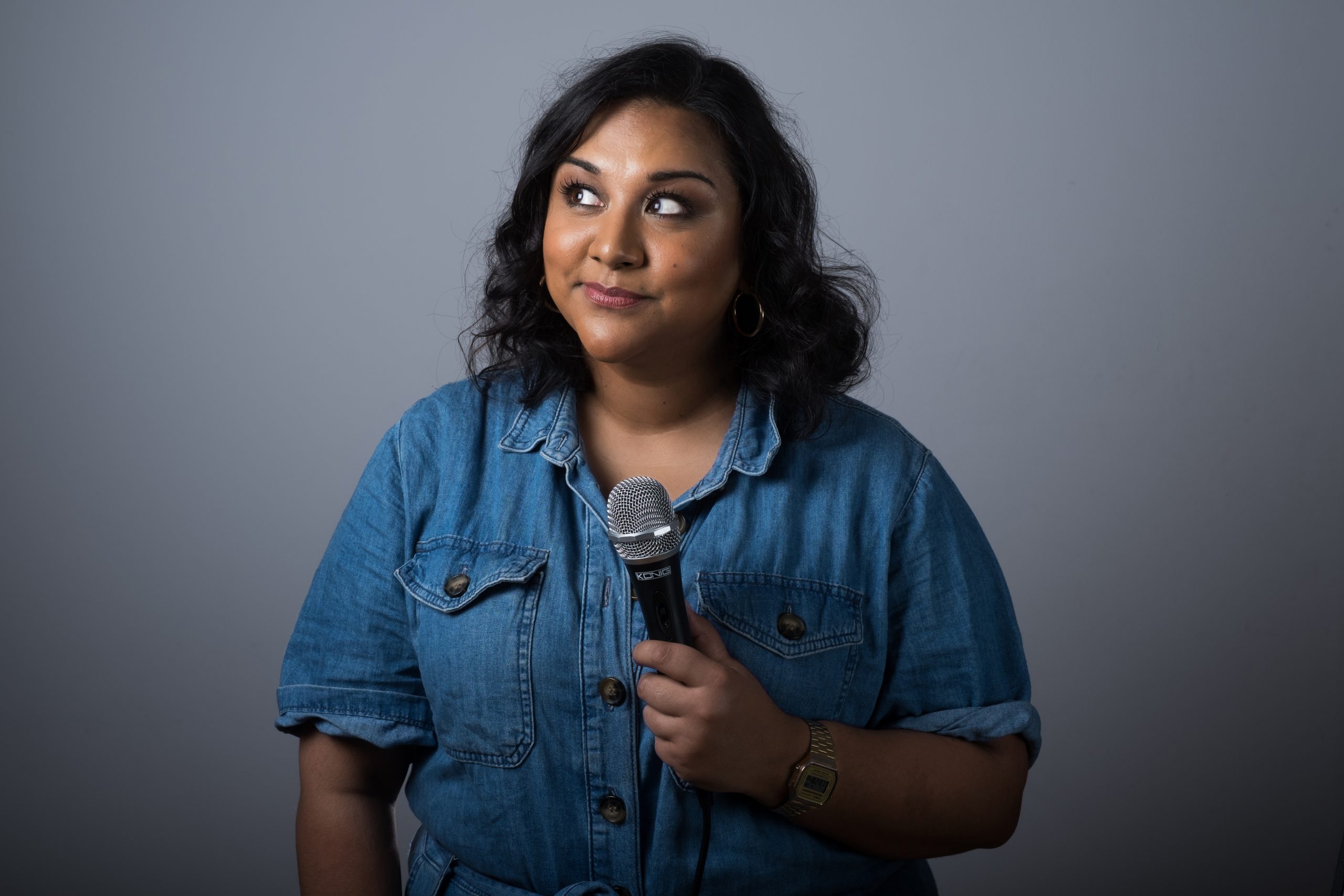 MOST stand-up comedians must wait for a mightily long time before they are able to headline a magnificent solo tour, but Sukh Ojla reached that magical milestone within a few years of starting out.

That remarkable rise was a result of the naturally gifted funny woman using fantastic live sets to find an instant connection with cross-generational audiences. She quickly followed up sell-out live shows with TV appearances, a book deal, more acting work and being hugely in demand.

Instead of enjoying her success, Sukh still doesn’t seem to have got used to it. “I am really terrible at giving myself any credit for anything, so find it hard to think of myself as being successful, but I’m working on it,” said Sukh with her trademark smile.

The decidedly down-to-earth stand-up comedian, actress, TV personality and soon-to-be published author genuinely doesn’t seem to know how incredibly awesome she is, so isn’t taking anything for granted.

Although a lot of big things have happened for her in the past few years, it is
one simple moment that stands out as the most memorable. She said: “There have been so many highlights over the past few years but the biggest one was performing in my hometown of Gravesend and my parents finally getting to see me do stand-up comedy and enjoying it.”

Her superb Life Sukhs solo tour had got off to a stunning start with soldout performances and rave reviews but was suddenly cut short by the Covid-19 pandemic closing everything down. The live tour was abruptly halted and like many great performers from different fields Sukh had to get used to being in lockdown. She doesn’t mind admitting how much of a struggle it was having to adjust to a new normal.

“Lockdown for me, like for a lot of people, was a real struggle. I lost the majority of my income overnight, and nobody had any idea as to when (or even if) live comedy would start up again. I was incredibly fortunate I got approached by my publisher to write a book, so I had a focus apart from making (and eating) lots of banana bread.”

Apart from baking, working on her book from home and binge-watching ER from the very beginning, another thing that helped Sukh during lockdown was Instagram. She explained:

She also wrote new material for her current tour but stayed away from writing jokes about the pandemic, like some other comedians. She explained.

“I found it quite tough to make light of such a stressful and tragic time, plus I found that audiences didn’t really want to hear material about lockdown. They were keener for a little escape at gigs.”

With that in mind, she has returned with more relatable material for her recently recommenced Life Sukhs tour, which sees her performing at venues around the UK until early next year. The break doesn’t seem to have lessened the interest around her, with venues getting sold out ahead of time.

“For me, there’s no bigger buzz than being in front of a live audience; whether it’s four people or 400 people, there is something magical about the fact that you are all experiencing something new for the first time in the very same moment, which can never be recreated.”

Despite coming across as super confident and filling the stage with her infectious personality, Sukh openly admits to being nervous before going on stage and still doesn’t seem to have got used to all the attention.

“I always get nervous before going on stage. Always! I’ve always suffered with stage fright and having an anxiety disorder certainly doesn’t help. I now have a good toolkit of techniques to help manage it, but the nerves are always there.”

If any nerves are there it certainly doesn’t show as she skilfully delivers joke-fuelled bombs and interacts with audiences like they are long lost family members. Aside from butterflies, before going on stage, she also has to deal with the pressure of being a popular entertainer, with a growing fan base.

“There can be an added pressure. I think that people have this idea that because you’ve been on TV you must be amazing but I am still very new to comedy and still learning. Having said that, no one puts any more pressure on me than I put on myself.”

What about the pressure of having to be funny in real life? She pauses for a second and says: “Sometimes I feel like people expect you to be funny all the time, but I’m pretty quiet in real life and like anyone else I have my off days!”

Talking of everyday life, Sukh hasn’t shied away from discussing dating and being single on stage. But what is it like dating as a comedian and does her sharp sense of humour intimidate guys?

She smiled and said: “I haven’t had a great deal of time to date over the last couple of years as I’ve been focussing on my career. If my sense of humour intimidates a guy, then I know he’s not the right guy for me.”

The loveable British star has shown her talent as an actress, writer, and live performer, but there is one more thing she wants to master. “I would love to master singing. I have such a huge phobia of singing; I don’t even sing in the shower, but I’d love to learn and to have a part in a musical on the West End.”

With a big live tour in full flow, more television shows lined up, a hotly anticipated book and an acting career, Sukh isn’t resting on her laurels and looking to cross more frontiers. The unstoppable star said: “I’d like to write and star in my own sitcom, write more books, and may be even appear on Live At The Apollo.” 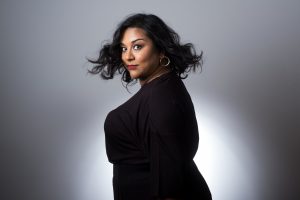 What can we expect from your Life Sukhs tour?
An hour of refreshingly honest and funny new insights on Indian families, expectations, mental health and being single.

What inspires you creatively?
I get inspired by everything. It could be snippets of a conversation I overhear, a random Instagram post or a chat with a friend.

What’s the kind of comedy you don’t find funny?
Punching down and the being cruel kind. There are so many things that are funny, I don’t think you need to resort to making fun of people worse off than you.

How is your debut book shaping up?
It’s almost finished and is set to be published in early March 2022. It is available for pre-order from all the usual places.

Who is your comedy hero?
It would have to be a toss-up between Paul Chowdhry and Sarah Millican. Not only do I think that they are brilliant comics but they’re also kind-hearted human beings who genuinely care about others.

What are your biggest passions away from work?
Something I’ve got into recently is weightlifting. I’m still working on getting into a routine, but I am really enjoying exploring the limits of my body and feeling stronger.

Why should we all come to your live tour Life Sukhs?
(Laughs) You should come because, surely, you have watched everything on Netflix by now!