Smith had slapped Rock over personal comments on his wife Jada Pinkett. 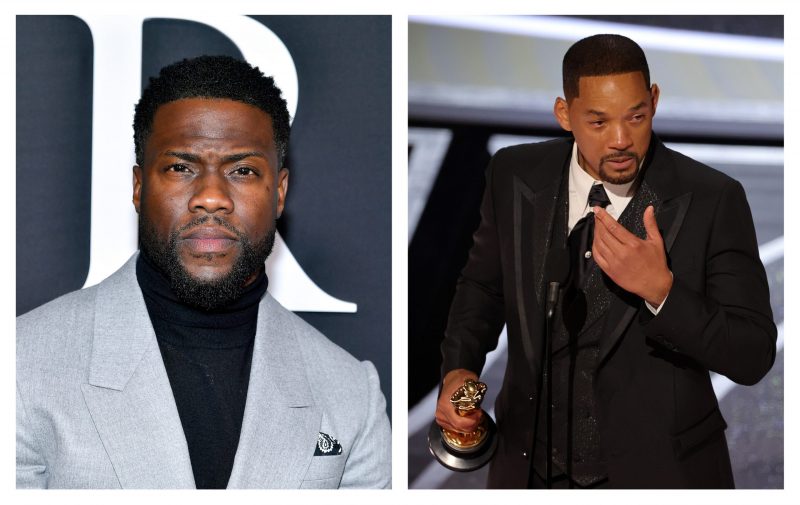 Kevin Hart and Will Smith (Photo credit: GettyImages)
Follow Us

If you were curious to know how Hollywood star Will Smith is doing after he slapped comedian-host Chris Rock at the Oscars 2022, comedian and actor Kevin Hart during the premiere of the DC League of Super Pets opened up about the well-being of his close friend Smith post the infamous incident that was televised all across the globe.

He addressed the incident of Smith slapping Rock over personal comments on his wife Jada Pinkett and said, “Will is apologetic, you know, he is in a better space, of course, than what he was after,”

He added, “People are human, and as humans sometimes we make mistakes. So, it’s not about talking about the past, it’s about acknowledging the present and doing your best to move forward.”

“I can get only hope that the two of them find a way to find some solace in that and move past it,” continued Hart. “I just like good energy. I love to see people be the best,” he further said.

“I still love him, I still love Chris, and, you know, you can’t judge a person by one thing,” he added. “Ultimately, life goes on and people grow, so give him the opportunity to do so.”

Apart from Smith and Rock, Hart also shares a close bond with Dwayne Johnson, and DC League of Super-Pets marks their fifth on-screen collaboration after Central Intelligence, Jumanji: Welcome To The Jungle, Jumanji: The Next Level, and Hart’s cameo in Fast & Furious Presents: Hobbs & Shaw.

“I gotta be honest, we have a great relationship on-screen and off-screen, and things that don’t just happen, right? It’s something that you definitely have to realize, like, how special it is. Because it doesn’t have to be this way. Typically, you don’t have the relationships on-screen and off at this magnitude,” Hart said of his connection to Johnson.

“So I like the fact that we get along, I love that we respond to the material that’s been presented to us, and I like still finding ways to be creative,” Hart added.