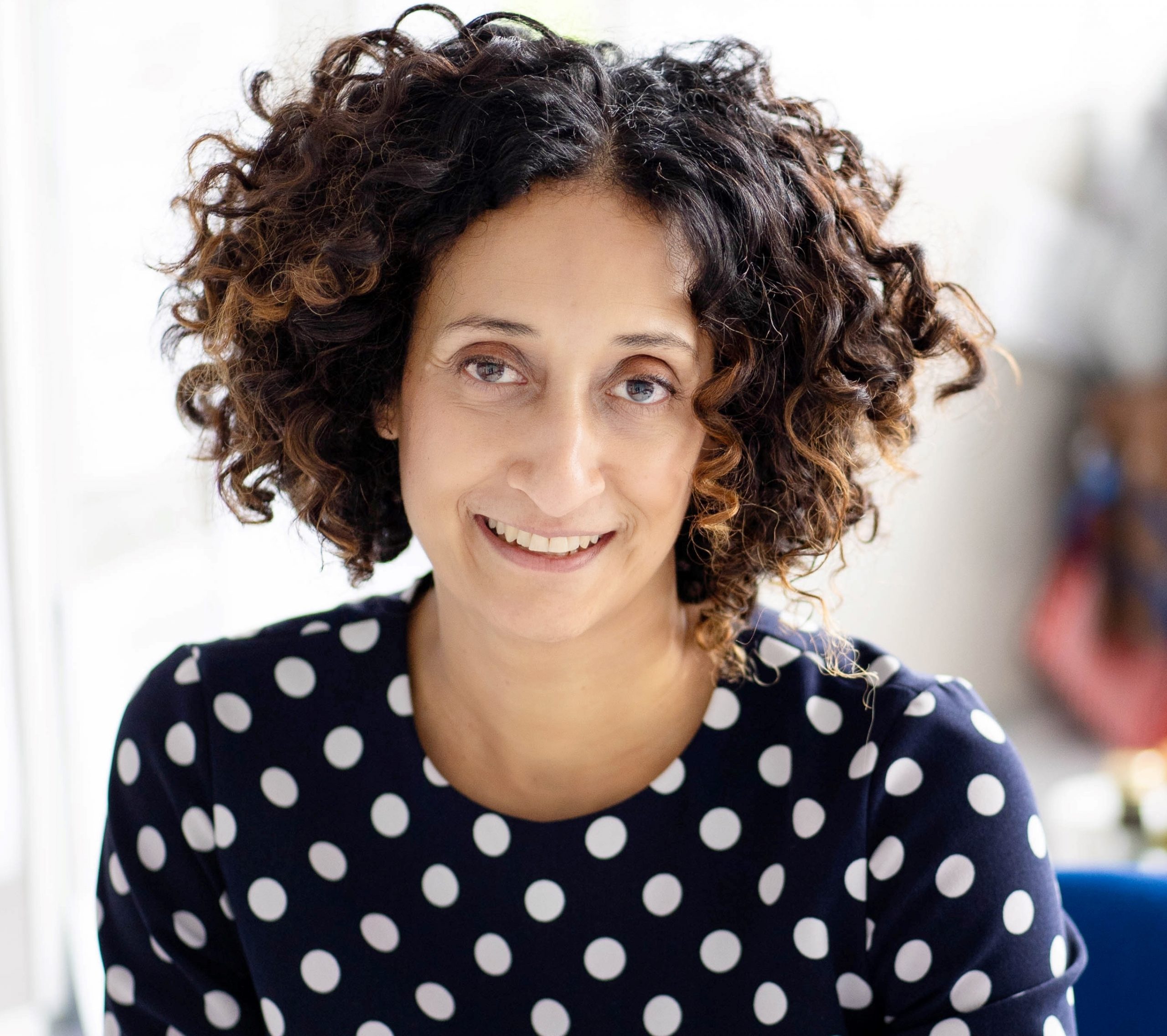 Birbalsingh – described by the UK media as Britain’s strictest teacher or headmistress – is demonstrating how students are taught the art of a firm handshake.

“We think schools are [mostly] about academic success, but it’s about all sorts of soft skills too,” she explains.

“We do reward events – when students come up to get their badges, I say to them, ‘this is your opportunity to practise your handshake, and to look at me in the eye. You will attend university and job interviews, and you need to make a good first impression. That’s going to come from your handshake and looking at somebody in the eye.’

Students at Michaela aspire to get into Oxbridge, Harvard, MIT or the Russell Group of universities. At their daily “family (school) lunch”, pupils serve one another and discuss a contemporary topic and also learn how to have a conversation with strangers.

A good education is about more than academic grades, it’s also about gaining soft skills, being kind, increasing one’s knowledge and being a good person, Birbalsingh says.

“Our children are so kind, they look after each other. If somebody forgets a pen, they make sure they are helping out.

“If a plate is dropped in the dining hall – all my life in the inner city, if a plate gets dropped, kids start banging on the table. That’s what they do. Here, other children would rush to help them pick up the plate.

“People think we’re strict, but it’s about looking after each other. It’s about being proud of your good school. You wear your uniform with pride, you walk through the corridor with pride, as opposed to, ‘well, everything’s just a bit rubbish and I’m rubbish and I look like rubbish, and everything is sort of falling apart.’”

Birbalsingh’s “strict” reputation precedes her – in fact, online searches for her name show her as being the strictest teacher in the world, not only in Britain, she laughs.

But she defends her approach to education, especially when it comes to inner-city students, an area where she cut her teeth.

“I believe in order and structure and that children achieve best when there’s calm in the classroom and in the corridors,” she says.

“We’re quite a strict school. What does that mean? We love the children enough to keep our standards high. People think that strict means you’re mean. It doesn’t, it means you always follow through on what you say.

“Our rules aren’t that different to most schools which have a behaviour policy relatively similar to ours. It’s just that we follow through – that’s the big difference.”

Michaela enjoys a stellar reputation in the UK and abroad. It attracts 600 visitors a year – most are teachers, and they come from as far as Australia and Canada, and also from across the UK and Europe. Copies of visitors’ letters are bound and left in the school’s reception area to peruse.

“In the Netherlands, there’s a whole group of people creating Michaela concept schools. In fact, they’re getting all these schools in the Netherlands to be like us,” says Birbalsingh.

Later, she admits to being disheartened that there aren’t more schools in Britain like Michaela. Its Ofsted rating (in 2017) was outstanding and in 2019, GCSE results showed 54 per cent of graded papers getting a grade 7 or above, with 90 per cent achieving grade 4 to 9 in mathematics and 90 per cent getting 4 to 9 in English. In 2021, according to one media report, two students secured admission to Cambridge and more than 70 per cent were expected to take up places at a Russell Group university.

But the road to success is hard, Birbalsingh says. At the 2010 Conservative party conference, she criticised the “dumbed-down” state education system that she said was failing students.

“It keeps poor children poor,” Birbalsingh told the party faithful. They were impressed, including then education secretary Michael Gove, but her outspoken comments led to her losing her job in a south London school.

A decade on, Birbalsingh says the state of school education is better, but there was more to be done.

“There are still too many people who reject these sorts of ideas. The idea of strictness, for instance, the fact that we, as a society, don’t understand that strict is obviously wrapped up in love, that discipline is a good thing for children. That holding your standards high, especially for inner-city children, or disadvantaged children, is an act of love. It worries me that we aren’t there yet.

“And I don’t just mean in terms of schools. [Also] in terms of society, because schools simply represent society. They are a mirror of what we are, what we believe in, so they don’t stand apart.

“I feel too often excellent head teachers have to fight the popular culture in society in order to establish their school and make it excellent. That shouldn’t be the case. I think 60 years ago it would have been the case, but it isn’t now.

“Excellent schools are always run by a head teacher who is brave and is willing to stand up against the normal way of thinking in society. I wish we could make it more popular. But we must recognise the role society plays in preventing that from happening. A head teacher has to stand against the zeitgeist of normal society in order to run a good school. And that shouldn’t be the case.”

Are these [hurdles created by] politicians, parents or commentators?

“Everyone, just everyone. I mean, the middle classes – the media, people who pull the strings of the country. They have been to private schools and have no idea what goes on in the inner city.

“They remember some old fuddy duddy teacher and think, ‘gosh, it was so boring, wasn’t it? What we need to do is make things more relevant and more fun.’ 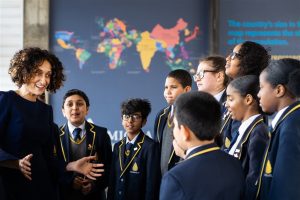 “They say these things and don’t understand the consequences. And they are writing articles everywhere and it becomes part of the culture, more seductive and the trendy thing to say. It sounds much more interesting. The influencers – up at the top – tend to be from more middle-class backgrounds.

“What you need to do is understand the kids and talk to them about the stuff they can connect with and make it more fun. So instead of learning your verb tables in French, you might do a French rap song, because that’s more fun. But it doesn’t actually teach you any French. That’s the problem.

“And we have forgotten that the subjects themselves are intrinsically interesting, and that children will be genuinely interested in Shakespeare if you make it accessible to them. You don’t need to abandon Shakespeare and think that is irrelevant to their lives.

“The zeitgeist is to be more lenient on the kids. Once upon a time, it was perfectly normal to give a kid detention. He’s got 20 minutes of some work to do after school, then he goes home. I don’t understand what the big deal is. But people find this is unfair and unkind.”

Birbalsingh outlines her expectation for students to turn up on time and listen in lessons, with their shirts tucked in and their ties done to the top.

“My expectations are not abnormal. At least I don’t think they’re abnormal. But nowadays, there’s much more of a push from society. That we’ll just relax – who cares if they don’t sit up straight? Who cares if the uniform is a mess?

“Over the last 40 years or so in this country, that has become an unpopular view, I think, because people confuse authority with authoritarianism.”

Birbalsingh also explains the misconception around the word “strict”.

“It means you love children [enough] to keep your standards high for them. What you don’t do is try and be friends with them. You understand you are an adult in authority, and that you are there to help them build the right kinds of habits, so they can become successful adults, not just financially, for them to be happy, to have learned a lot at school and found what makes them tick. So that’s what it is. But I think we all sort of think that strict means being mean.

“I’ll tell you what I think mean is. It is not holding your standards high, for children to leave school – as so many do in this country – functionally illiterate and functionally innumerate. And then for us to say they are that way because they were born into poverty. That isn’t the case.

“Many people make huge successes of their lives despite having been born into poverty. And the secret is they had a supportive family at home who believed in education, and they will have been to a good school. And the good school would have been good, because it was strict.

“That’s not the only thing. You need excellent teachers and high standards in terms of what you are expecting and academic results. But you can’t do any of the other stuff unless you have the discipline.”

Birbalsingh attended the GG2 Leadership and Diversity Awards in March in London. The event also saw the launch of the latest edition of the annual GG2 Power List, profiling the 101 most influential Asians in Britain.

As the daughter of an Indo-Guyanese father, she is aware of the expectations of Asian parents. “I think they get a lot right, they do a very good job,” she says, before describing her father’s initial disappointment when she said she wanted to teach.

Growing up, Birbalsingh recalled an interest in law. However, when she was at Oxford, she went to visit inner-city schools to tell the children how they should apply to Oxford and Cambridge.

“They felt enthused, they changed their minds and decided they wanted to apply. I thought, ‘Gosh, I’m really changing lives here.’ And I went, ‘I just have to go into teaching.’

“I think my father thought I would change my mind. But it was all I ever talked about. I was obsessed with it. I loved it, it still is the case. I obviously still talk all the time about teaching and how I love the school and the children. He came to realise that it was obviously the thing for me. He was one of those brave Asians in the sense that he was proud of his daughter for doing what made her happy.

“That’s the thing about teaching – you have such huge influence over all of these children’s lives, and you help them become something they might not otherwise have become. It’s the thing that makes life worth living. That’s why I love it, because you’re able to love these children, and send them off into life.

“And you have an impact on the world, so when you’re 90 and look back at your life, you can say, ‘I contributed, I did something to make the world a better place.’

“I would always tell people to go into teaching – it’s the best job in the world.”