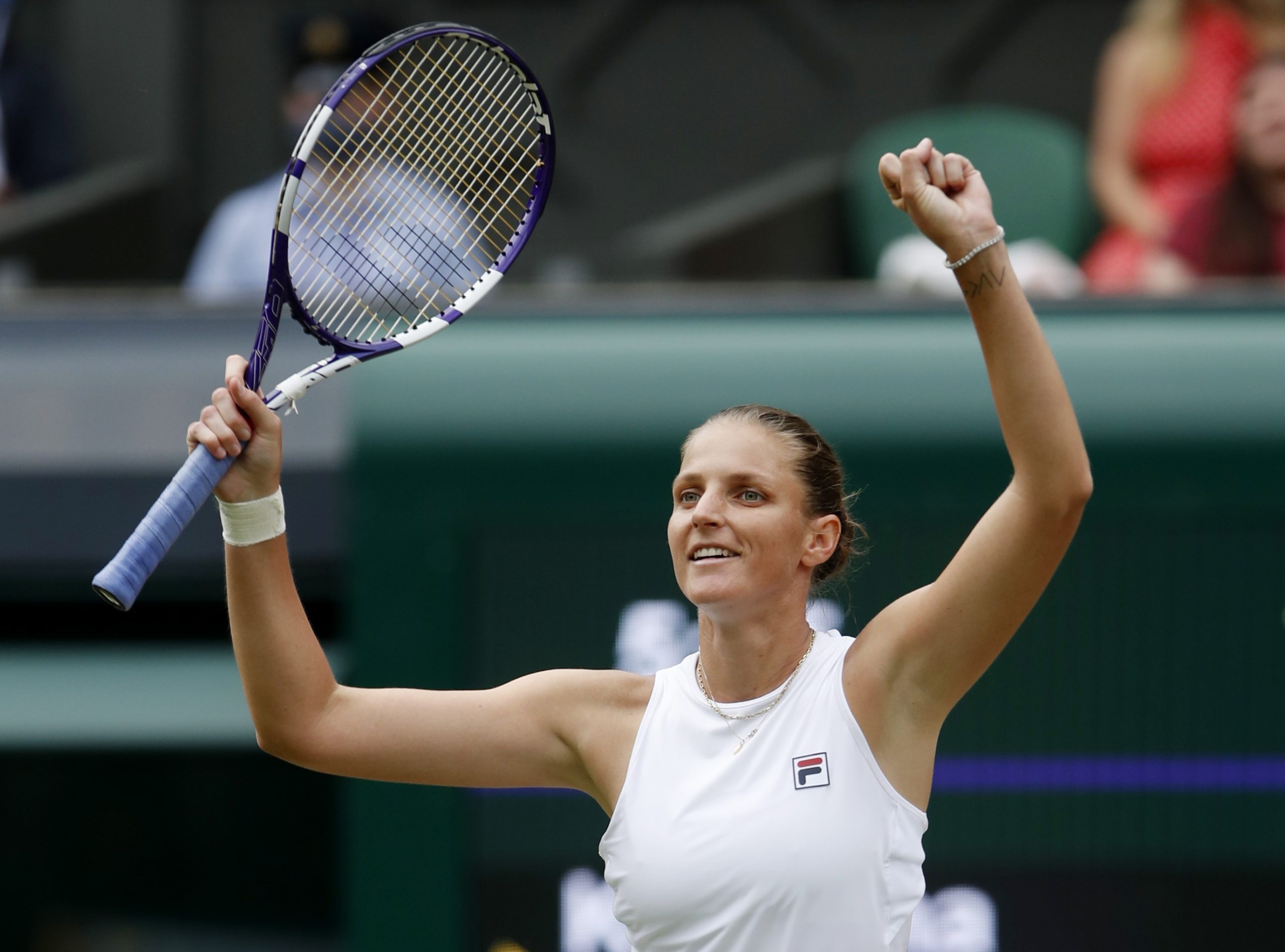 KAROLINA PLISKOVA of the Czech Republic will play Australia’s Ashleigh Barty in Saturday’s (10) Wimbledon final after both players reached the championship match for the first time on Thursday.

Pliskova had never been beyond the fourth round at Wimbledon but showed great resilience in coming from behind to beat second seed Aryna Sabalenka 5-7, 6-4, 6-4.

It was a rare feat by Pliskova as in the previous 33 semifinals only two players had reached the final after losing the first set.

For the 29-year-old eighth seed it is her second Grand Slam final – she lost the 2016 US Open – and she is the first Czech finalist since Petra Kvitova won her second title in 2014.

“It sounds amazing to be in the final as I never got past the fourth round here before,” said Pliskova who squandered all eight break points she created in the first set.

“I had so many chances in the first set and I got frustrated. A lot of credit to her, she played a great match.

“I’m super happy to have found a way to win.”

“She plays so fast. I didn’t have time to think about what I needed to do. She’s super powerful.”