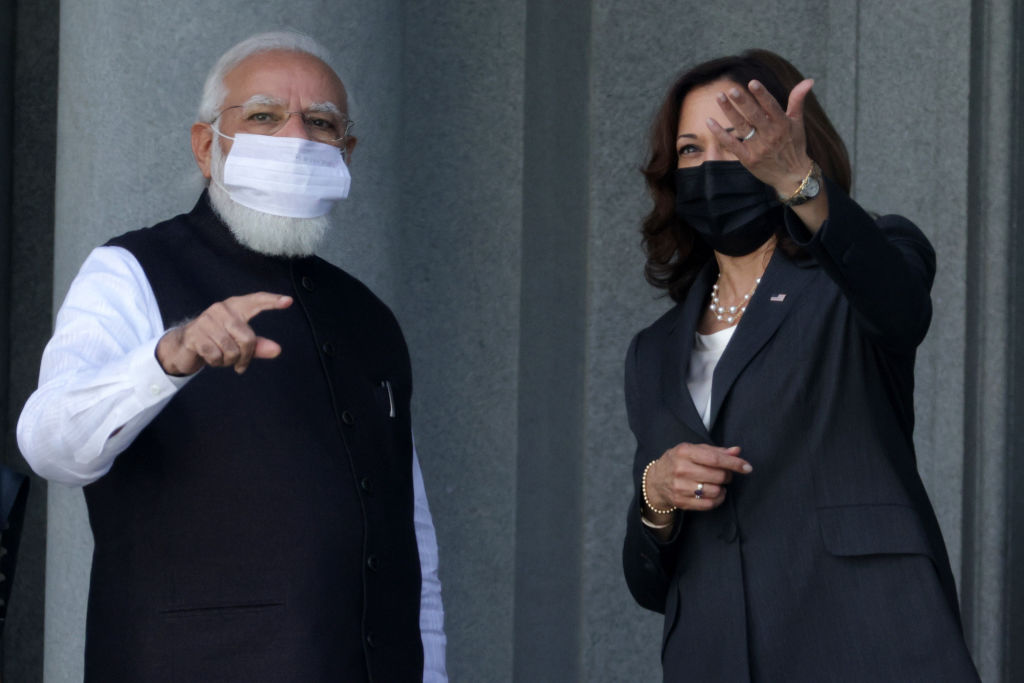 US vice president Kamala Harris, during her maiden meeting with Indian prime minister Narendra Modi, has “suo motu” referred to Pakistan’s role in terrorism, saying terror groups were working in that country.

She asked Islamabad to take action so that it does not impact America and India’s security.

Modi held the meeting with Harris at the White House on Thursday (24) during which they decided to further cement the Indo-US strategic partnership and discussed global issues of common interest, including threats to democracy, Afghanistan and the Indo-Pacific.

According to Shringla, Harris said there were terror groups working in Pakistan.

“She asked Pakistan to take action so that this will not impact on US security and that of India. She agreed with the prime minister’s briefing on the fact of cross border terrorism, and the fact that India has been a victim of terrorism for several decades now and on the need to rein in, and closely monitor Pakistan’s support for such terrorist groups,” Shringla said.

Harris said it is incumbent on the two nations to protect democracies in the best interests of the people of the two countries.

“As democracies around the world are under threat, it is imperative that we defend democratic principles and institutions within our respective countries and around the world. And that we maintain what we must do to strengthen democracies at home and it is incumbent on our nations to of course protect democracies in the best interests of people of our countries,” she said.

Their meeting comes a day ahead of the maiden bilateral meeting between Modi and US president Joe Biden and the Quad Leaders’ Summit at the White House on Friday (24).