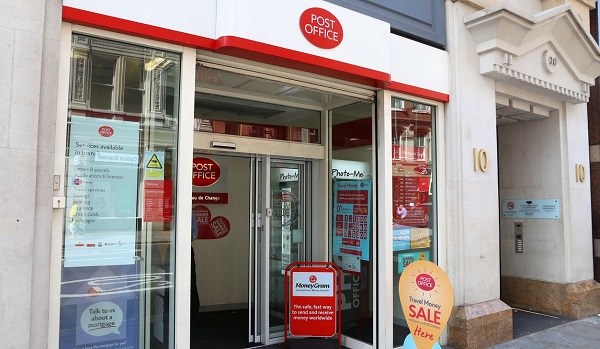 IMAGINE a scene in which Paula Ven­nells has her knee pressed on Seema Misra’s neck so she cannot breathe.

This is effectively what Vennels, chief executive of the Post Office, and her sen­ior staff did when pursuing a malicious prosecution of Seema, a subpostmaster in West Byfleet, Surrey.

Seema, who received a 15-month prison sentence at Guildford crown court in 2010 for “stealing” £74,609, was eight months pregnant.

It now turns out she was completely innocent. There was a glitch in the Post Office’s Horizon computer system which was responsible for the shortfall.

The only way justice can be done in one of the worst miscarriages of justice Britain has seen in decades is for Vennels and her senior executives to be prose­cuted and given exemplary prison terms. Ten years would not be too much.

Seema, who collapsed in court when her sentence was announced, said: “I would definitely have killed myself if I hadn’t been pregnant.”

It must be a bad joke that Vennels de­scribes herself as “an Anglican minister”. She stepped down £5 million richer in February 2019 after seven years in the job.

The buck should stop with her. She should be stripped of her ill-gotten gains as well as the CBE she was given for “ser­vices to the Post Office and to charity”.

The court of appeal last week quashed the convictions of 39 former sub-post­masters. Seema was one of them. The others included Khayyam Ishaq, Rubina Shaheen, Kashmir Gill, Vijay Parekh, Ta­hir Mahmood and Harjinder Butoy.

Seema was suspended in 2008 after an “audit” found the accounting discrepan­cy. Over two years she had attempted to balance her books, borrowing money and transferring takings, but failed to keep her head above water.

During the trial, the Post Office delib­erately withheld information that would have helped her. A fair judge might give Vennells an extra five years for that.

“They played with people’s lives,” said Seema. “Those at the Post Office who knew what was going on should go to prison.”

During her trial, she refused to plead guilty, believing justice would prevail. Seema now thinks racism was partly to blame for her conviction at the hands of an all-white jury.

“The court documents read ‘The Queen vs Seema Misra.’ It played with people’s emotions. Why would people believe the Asian lady over the Queen?” she pointed out.

Seema was given a conditional release after four months, but had to wear an electronic tag. “People stopped talking to us,” she recalled.

Her taxi driver husband, Davinder, revealed: “I was beaten up and called a ‘f***ing P*ki’, coming to this country and stealing old people’s money.”

Seema, who was dubbed the “preg­nant thief” and Davinder, now 45 and 49 respectively, were forced to move home. They now live in nearby Knaphill in Sur­rey, with their sons Aditya, 20, and nine-year-old Jairaj.

“No amount of money can make up for the struggle I went through,” she said.

What we need are the internal Post Office documents that would identify the culprits behind Seema’s prosecution.

Another sub-postmaster, Harjinder Butoy, who was also wrongly convicted of theft and jailed for three years and four months in 2008, called the Post Of­fice “a disgrace”.

He said those responsible for the scandal “need to be punished, seriously punished”, adding: “They’re just bullies, that’s all they are. Somebody needs to really, really sort this out and charge them for this.”

Vennels thinks she can get away by issuing an apology: “I am truly sorry for the suffering caused to them as a result of the convictions which the court of ap­peal has overturned.”

Neil Hudgell, the lawyer who repre­sented 29 of the former sub-postmasters, said the Post Office “has been found to have been an organisation that not only turned a blind eye to the failings in its hugely expensive IT system, but posi­tively promoted a culture of cover-up and subterfuge in the pursuit of reputa­tion and profit. They readily accepted that the loss of life, liberty and sanity for many ordinary people was a price worth paying in that pursuit.”

The Horizon software system was de­veloped by Fujitsu Limited, a Japanese multinational information and commu­nications technology equipment and services company.

How the Post office did not realise that the computer system was at fault when pursuing so many sub-postmasters is hard to explain.

The Metropolitan Police are conduct­ing an investigation into Fujitsu workers after Justice Fraser wrote to the director of public prosecutions expressing “grave concern” about the evidence provided in earlier court hearings.

The Communication Workers Union and MPs have backed lawyers in the call for Post Office officials who “maliciously ruined the lives of innocent people by prosecuting them in pursuit of profits” to be investigated.

Vennells should be among those to face questions from police, it said.

The prime minister, Boris Johnson, said last week: “I welcome the court of appeal’s decision to overturn the convic­tions of 39 former sub-postmasters in the Horizon dispute, an appalling injus­tice which has had a devastating impact on these families for years. Lessons should and will be learnt to ensure this never happens again.”

That’s not enough. Vennels and her team must be prosecuted. Just as white police officer Derek Chauvin was tried and found guilty of killing African Amer­ican George Floyd in Minneapolis.