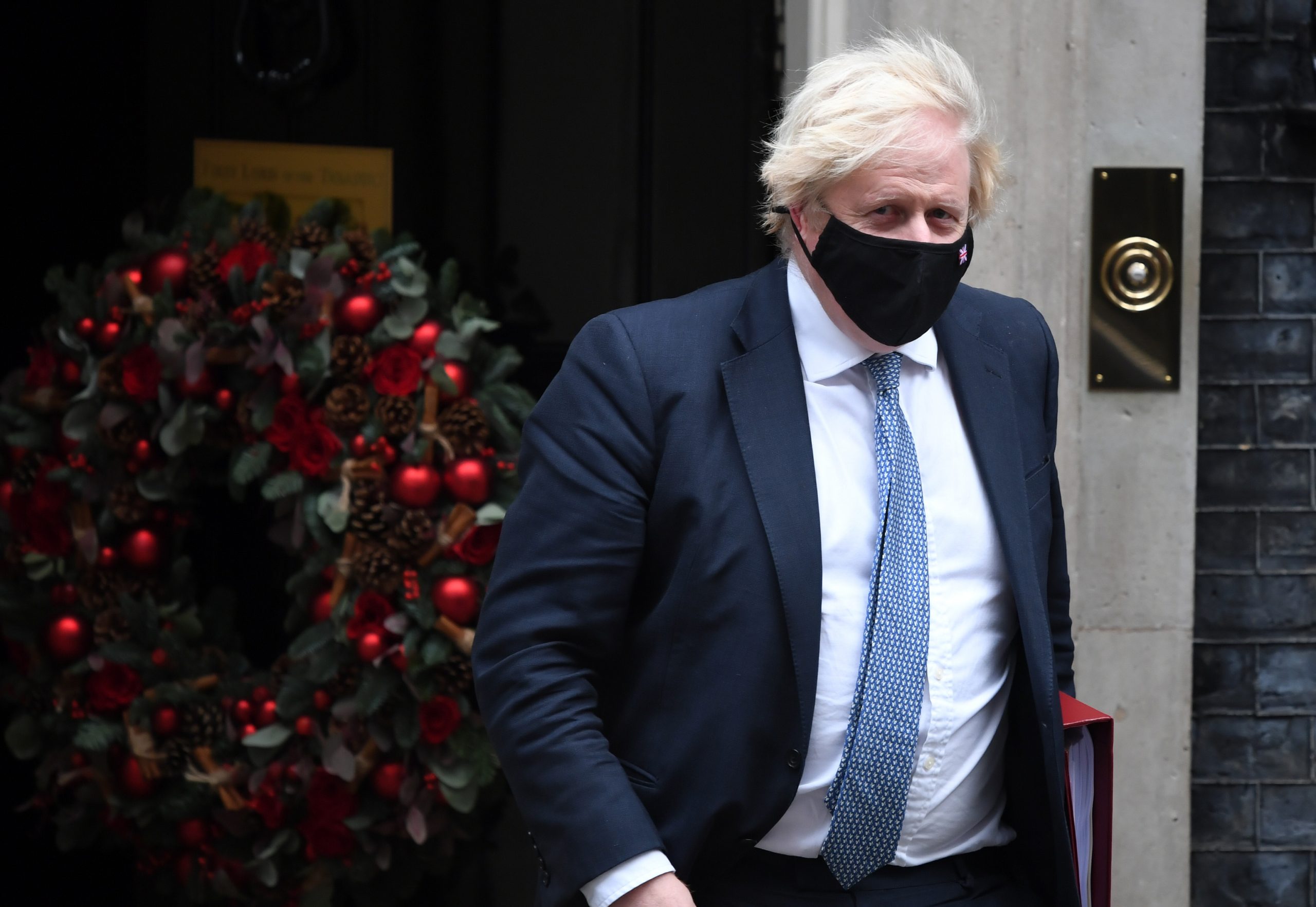 PEOPLE in Britain have been urged to get the booster dose of a Covid-19 vaccine because double-jabbed people are vulnerable against the Omicron variant of the coronavirus.

As Britain faces a “tidal wave” of the Omicron variant of coronavirus and two vaccine doses will not be enough to contain it, prime minister Boris Johnson warned on Sunday (12), as he accelerated the booster rollout programme.

Speaking hours after government scientists lifted the Covid alert level to 4 on a 5-point scale, Johnson said the booster programme must go faster because scientists did not yet know if Omicron was less severe than other variants.

“A tidal wave of Omicron is coming,” Johnson said in a televised statement on Sunday evening. “And I’m afraid it is now clear that two doses of vaccine are simply not enough to give the level of protection we all need.”

Johnson added that with Omicron known to be much more transmissible than other variants, the National Health Service would struggle to cope with hospitalisations if the variant were to tear through an un-boosted population.

“Everyone eligible aged 18 and over in England will have the chance to get their booster before the New Year,” Johnson said.

Data released on Friday showed that vaccine efficacy against symptomatic infection was substantially reduced against Omicron with just two doses, but a third dose boosted protection up to over 70 per cent.

Britain said on Monday (13) that the Omicron variant of coronavirus was spreading at a “phenomenal rate” and accounted for about 40 per cent of all infections in London.

“What we now know about Omicron is that… it’s spreading at a phenomenal rate, something that we’ve never seen before, it’s doubling every two to three days in infections,” health secretary Sajid Javid told Sky News.

“That means we’re facing a tidal wave of infection, we’re once again in a race between the vaccine and the virus.”

Javid said there had been no deaths yet confirmed in England and just 10 people were hospitalised in England with the variant, he said Omicron was probably behind around 40 per cent of infections in London.

He said that while symptoms of the variant might be milder, its swift spread meant that unless the government acted then the health service could be overwhelmed.

“Even when a virus is mild, a small percentage of people from a very large number still can equal a high number of hospitalisations,” Javid said.

In order to hit the accelerated rollout target, military planning teams will be brought in and new vaccine sites opened.

Johnson has responded to the emergence of Omicron by introducing a “Plan B” in England, ordering people to work from home, wear masks in public places and use vaccine passes to slow the rate of infections.

However, many of Johnson’s own Conservative Party lawmakers are set to vote against these measures in parliament on Tuesday, and Johnson said there were no plans for further restrictions as cases soar.

The seven-day average of Covid cases by date reported has risen in recent days above 50,000 – the highest since the January peak during the last wave of the pandemic.

With 146,439 fatalities recorded within 28 days of a positive Covid-19 test as of Sunday (12), Britain has Europe’s highest death toll from the virus.

While that damaged the government’s reputation in the depths of the pandemic, officials have been praised for rolling out one of the fastest vaccine programmes, which helped to contain daily death figures.