Jewel-encrusted crown moved from Tower of London for King Charles

Queen Consort Camilla will also be crowned alongside Charles. Reports indicate that she is unlikely to use the late Queen Mother’s crown which is encrusted with the famous Koh-i-Noor diamond. 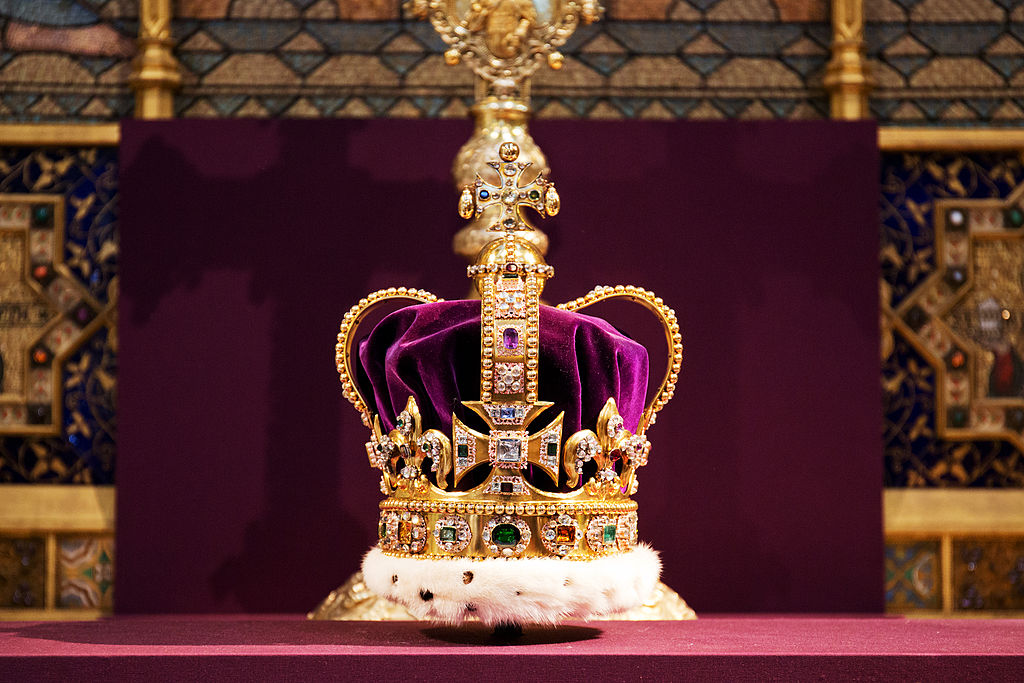 FILE PHOTO: St Edward’s Crown is pictured during a service to celebrate the 60th anniversary of the Coronation of Queen Elizabeth II at Westminster Abbey, on June 4, 2013 in London, England. (Photo by Jack Hill – WPA Pool /Getty Images)
Follow Us

A jewel-encrusted crown kept in the Jewel House of the Tower of London has been removed to be re-sized ahead of King Charles III’s coronation next year.

The St. Edward’s Crown, described as the “historic centrepiece” of the country’s Crown Jewels, has been removed from the world-famous tower to allow for “modification work” to begin in time for the crowning ceremony on May 6, 2023, the Buckingham Palace said on Saturday.

As per tradition, the King will be crowned with St. Edward’s Crown during the Coronation Service at Westminster Abbey in London.

Charles, who succeeded his late mother Queen Elizabeth II in September, will also wear the Imperial State Crown during the formal service to mark his reign.

“St. Edward’s Crown is the crown historically used at the moment of Coronation, and worn by Her Majesty Queen Elizabeth at her Coronation in 1953,” the palace said.

“It was made for Charles II in 1661, as a replacement for the medieval crown which had been melted down in 1649. The original was thought to date back to the eleventh-century royal saint, Edward the Confessor – the last Anglo-Saxon king of England,” it said.

The crown, commissioned from Royal Goldsmith Robert Vyner in 1661, is made up of a solid gold frame set with rubies, amethysts, sapphires, garnet, topazes and tourmalines.

The crown has a velvet cap with an ermine band. Although it is not an exact replica of the medieval design, it follows the original in having four crosses-pattee and four fleurs-de-lis, and two arches, the palace said.

According to reports, the coronation ceremony will be an Anglican Christian service but is expected to be more inclusive of multi-faith Britain than past coronations, with Queen Consort Camilla crowned alongside Charles.

There has been some speculation over the crown she would wear, with reports indicating that she is unlikely to use the late Queen Mother’s crown which is encrusted with the famous Koh-i-Noor diamond – seized from India by the East India Company during the colonial period in 1864 and presented to Queen Victoria before becoming part of the Crown Jewels at the Tower of London.

Back in October, ‘The Daily Telegraph’ quoted a spokesperson for the BJP as saying that the use of the crown jewel Koh-i-noor would bring back “painful memories of the colonial past”.

The crown fitted with the Koh-i-Noor was made especially for the 1937 coronation of Queen Elizabeth II’s mother. The palace is yet to confirm the crown Camilla would be anointed with, but according to officials public sentiment and international mood is likely to determine the choice.