Jet Airways may strike $5.5-billion deal with Airbus as the airline plans to resume service by late 2022 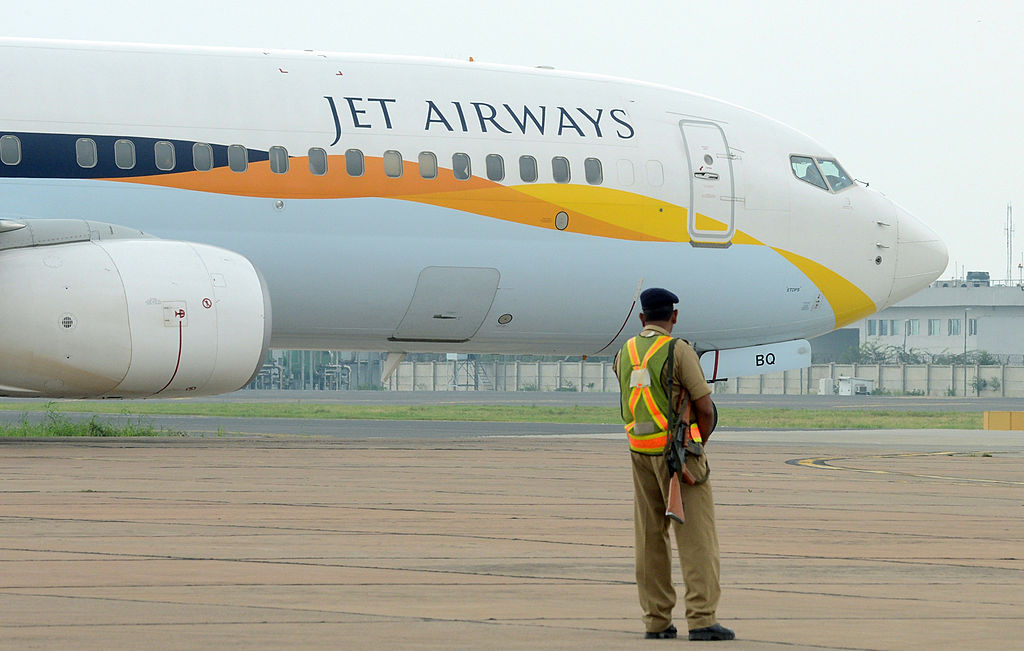 Jet Airways said it has not finalised any deal to buy new aircraft as it is considering all possibilities. (Photo by RAVEENDRAN/AFP/GettyImages)
Follow Us

Jet Airways is likely to strike a $5.5-billion deal with planemaker Airbus SE to buy aircraft as the Indian aviation firm has continued its transformation efforts after going through bankruptcy.

The airline and the European aerospace company are negotiating A320neo jets and A220 planes, Bloomberg reported citing sources privy to the talks.

While America’s Boeing Co. and Brazil’s Embraer SA are also in the race to win aircraft orders from Jet, Airbus is the frontrunner, the report said, adding that no final decision has been taken.

Jet said it has not finalised any deal as it is considering “all possibilities”.

“We are in final negotiations with lessors and OEMs (original equipment makers) for aircraft, and we will announce our aircraft choice and fleet plan once we have made a decision… We are studying all possibilities to find the one that works best for us,” a Jet representative told Bloomberg.

Before it was referred to bankruptcy, Jet Airways flew to more than 65 destinations in India and abroad, including Europe, the Middle East, Southeast Asia, and North America. Operating 124 aircraft during its heydays, Jet was one of the largest airlines in India, with a 21.2 per cent passenger market share in February 2016, before suspending operations three years later due to financial headwinds.

It underwent a corporate insolvency resolution process where the Jalan-Kalrock Consortium emerged as the successful resolution applicant.

The air operator certificate of the once-defunct company was revalidated in May this year, allowing the airline to recommence commercial operations.

Under the new management, Jet Airways hopes to restart its operations later this year. It said aircraft and fleet plans will be unveiled in a phased manner.

“Well-capitalised and led by seasoned industry professionals, Jet Airways in its new avatar will be India’s most people-focused and customer-friendly airline, updated for the digital age”, it said.