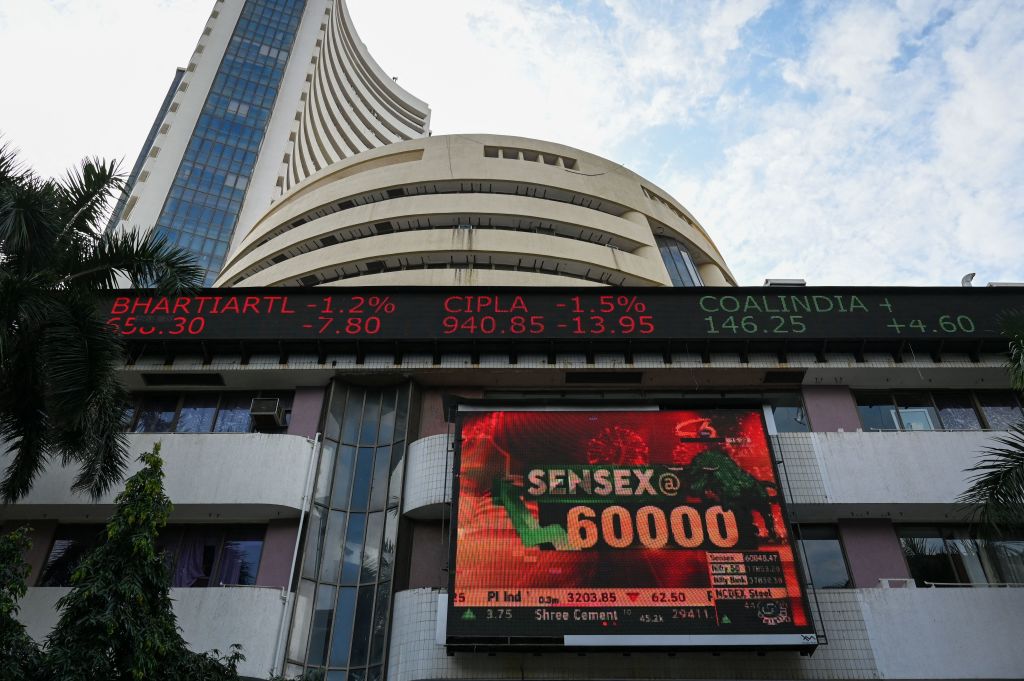 November and December promise to witness a flurry of Indian unicorns heading to equity markets as the benchmark index Sensex is near its all time high. (Photo by Punit PARANJPE / AFP via Getty Images)

THE initial public offering (IPO) of Indian e-commerce unicorn Nykaa has been subscribed 82 times, indicating the continued investor appetite for new-age companies. Its subscription number surpassed that of food delivery firm Zomato – the first Indian unicorn to float on bourses – which was subscribed 38 times in June this year. Currently trading at Rs 132 (£1.29) on the Bombay Stock Exchange, Zomato increased the investor wealth by more than 70 per cent from its issue price of Rs 76 (75p).

A unicorn is a private company valued at $1 billion or more and it loses the status if it is acquired by another company or goes public.

November and December promise to witness a flurry of unicorns hitting the primary market to raise funds. While the IPO of Gurugram-based insurance aggregator Policybazaar opened on Monday (1), digital payments heavyweight Paytm’s shares will open for subscription from November 8. Oyo Rooms has already approached the market regulator for an IPO, while e-commerce logistics startup Delhivery and online pharmacy platform PharmEasy are expected to follow suit soon.

The current year has seen an IPO frenzy.

From January to September, 72 new Indian companies, including unicorns, floated on exchanges. This accounted for 4.4 per cent of the total 1,635 IPOs globally during the period, a market research report said in October. Three more companies – including Nykaa and Policybazaar – have taken the IPO route after the publication of the report.

According to leading consultancy firm EY, Indian markets continue to reach new highs in the wake of strong global IPO market activity over the past few months. The strong momentum seems to continue with several companies planning their IPOs later this year, it said in its recent report.

“We have witnessed mega filings by new-age tech companies in recent times and the outlook is positive with several companies, considering India as their primary listing venue. Corporate earnings have been robust, except for sectors impacted by supply-side disruption or due to Covid-19. We expect the market activity to remain buoyant,” Sandip K Khetan, EY India financial accounting advisory services leader, said.

While unicorns head to bourses, India continues to produce new high-value startups. The country churned out 71 unicorns – including those now acquired by other companies Currently trading at Rs 132 or those that have gone public – since 2011 at an average of 7.1 per year. However, 2021 saw a massive surge in the number. Since the start of the year, 34 companies joined the elite club, according to Venture Intelligence data.

This means 47 per cent of all Indian unicorns attained the status in the first 10 months of the calendar year, a trend that shows investors are betting on the future of these companies, although some of them are not currently making profits.

Bengaluru is home to 13 companies that became unicorns this year, reaffirming the city’s reputation as the Silicon Valley of India. It is followed by Mumbai where nine of the new unicorns are based.

However, Credit Suisse estimates that there are 100 unicorns in India including those which are not formally recognised.

“Our research found 100 unicorns in India in a diverse set of industries, including technology and tech-enabled sectors, such as pharmaceuticals/biotech and consumer goods, benefiting from formalisation and accelerating digital adoption”, its report said earlier this year.