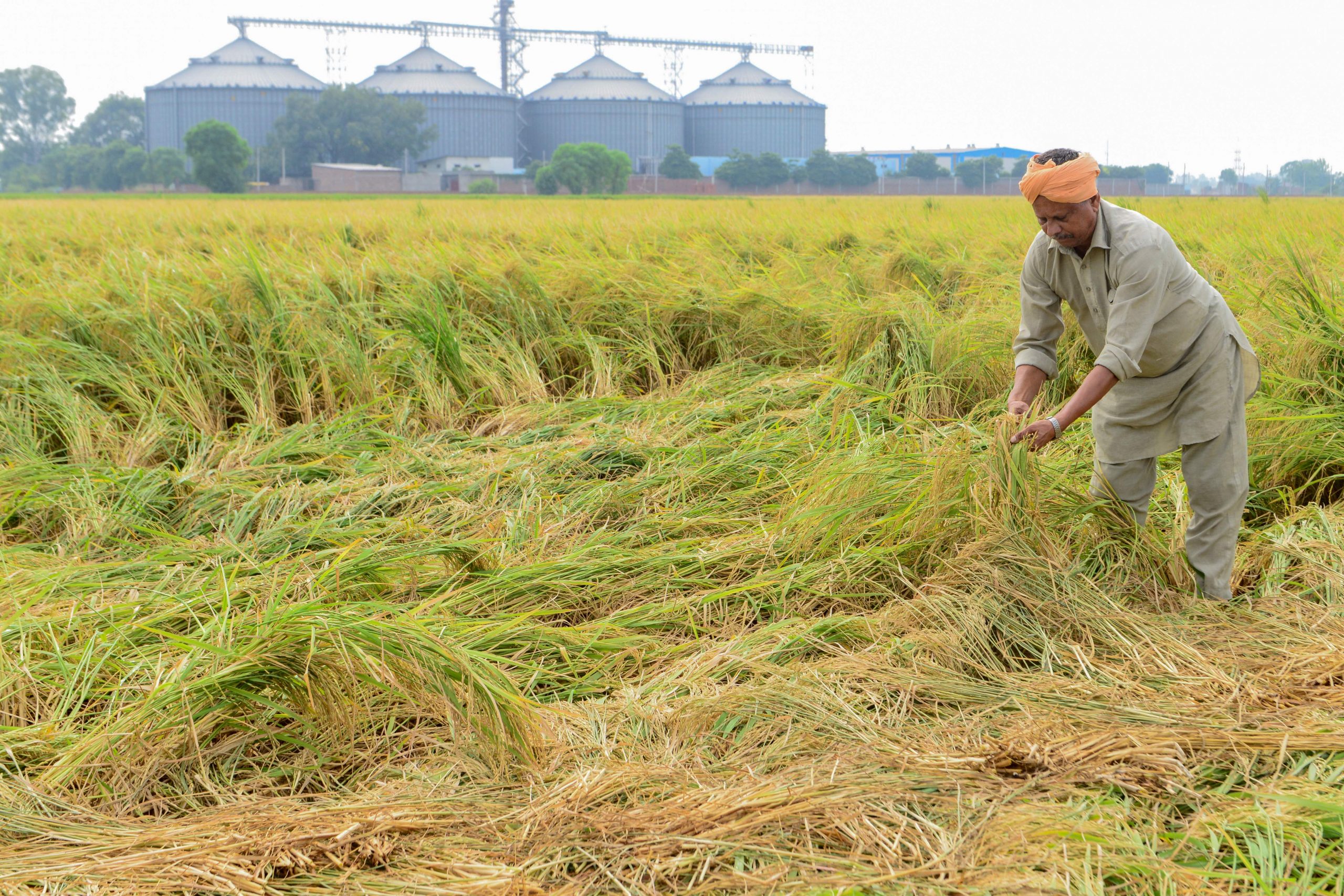 (Photo by NARINDER NANU/AFP via Getty Images)
Follow Us

Farmers in India are gathering in the largest rice crop in history, which promises record exports, while making sure to keep up their longest-running protest, set to turn a year old next month.

The sit-in against controversial agriculture reforms is taking place in the capital, miles away from the five acres (2 hectares) of lush green rice paddies tended by Sukrampal Beniwal in his village of Munak, in the northern state of Haryana.

“We’ll not budge until the government rolls back the laws,” he said, referring to three measures the farmers, demonstrating by the tens of thousands in New Delhi, say will threaten their livelihoods.

Farmers in the breadbasket state have joined hands to bring in the mammoth crop and make sure that every time a group sets off to harvest rice, a similar number leave to join the protest on the outskirts of New Delhi, Beniwal said.

“Because of our camaraderie, we have quite successfully dealt with the two competing challenges: managing the protest against legislation and harvesting a big crop,” he added.

Introduced in September last year, the legislation deregulates the agriculture sector, letting farmers sell produce to buyers beyond government-regulated wholesale markets, where growers are assured of a minimum price.

While small farmers say the changes make them vulnerable to competition from big business, and threaten the eventual loss of price support, the government says the reforms will bring them new prospects and better prices.

Yet, with global food prices near decade highs after a surge of 30% in rates for cereals over the past year, India’s problem of plenty also offers a dazzling opportunity.

The new harvest will boost exports to help the South Asian nation cement its status as the dominant supplier of the world’s most critical grain, traders say.

“Indian prices are very attractive at a time when demand is rather strong from many buyers, including China and a clutch of countries in Africa,” said Aditya Garg, a leading exporter of the grain.

“In fact, for non-basmati rice, many Indian exporters have received orders from a lot of new buyers in Egypt, Sudan, Tanzania and Iran.”

Coming at a time of flat output in traditional export powerhouses Vietnam and Thailand, the higher supply will let New Delhi offer more competitive rates to undercut any rivals.

Output of summer-sown rice in 2021/22 will hit a record 107.04 million tonnes, the farm ministry says, while combined output of summer and winter rice will hit 125 million, or about 24.5% of global rice output, its largest ever.

Coupled with upgraded export facilities, that volume will allow India to repeat, or even surpass, last year’s record export tally of 20 million tonnes, filling growing demand for the staple from buyers across Asia, Africa, and the Middle East.

India is selling 25 per cent broken rice, a non-basmati variety preferred by most overseas buyers, at $345 a tonne on a free-on-board basis compared to $360 offered by Thailand, the world’s second biggest rice exporter, dealers said, with some cargoes even sold at $320 a tonne.

Farming sustains almost half of India’s population of nearly 1.4 billion and makes up about 15 per cent of a $2.7-trillion economy.

But shipments soared to 20 million tonnes for a record share of 40.7 per cent of global trade last season, data from the US Department of Agriculture (USDA) shows, after growing problems in Southeast Asia pushed up the prices of rivals to make Indian non-basmati shipments attractive to hungry global buyers.

“As climatic conditions helped our farmers raise the country’s rice production, we’ve permanently become an even bigger player in the international market, and our share will grow,” said trader Rajesh Paharia Jain at Unicorp Pvt Ltd.

In Munak, 130 km (80 miles) from New Delhi, the rice farmers showed no sign of relenting.

“Our record crop shows we are making India more than self-reliant in food, and the government shouldn’t insist on laws that will spell doom for agriculture,” said rice grower Ravindra Kajal.