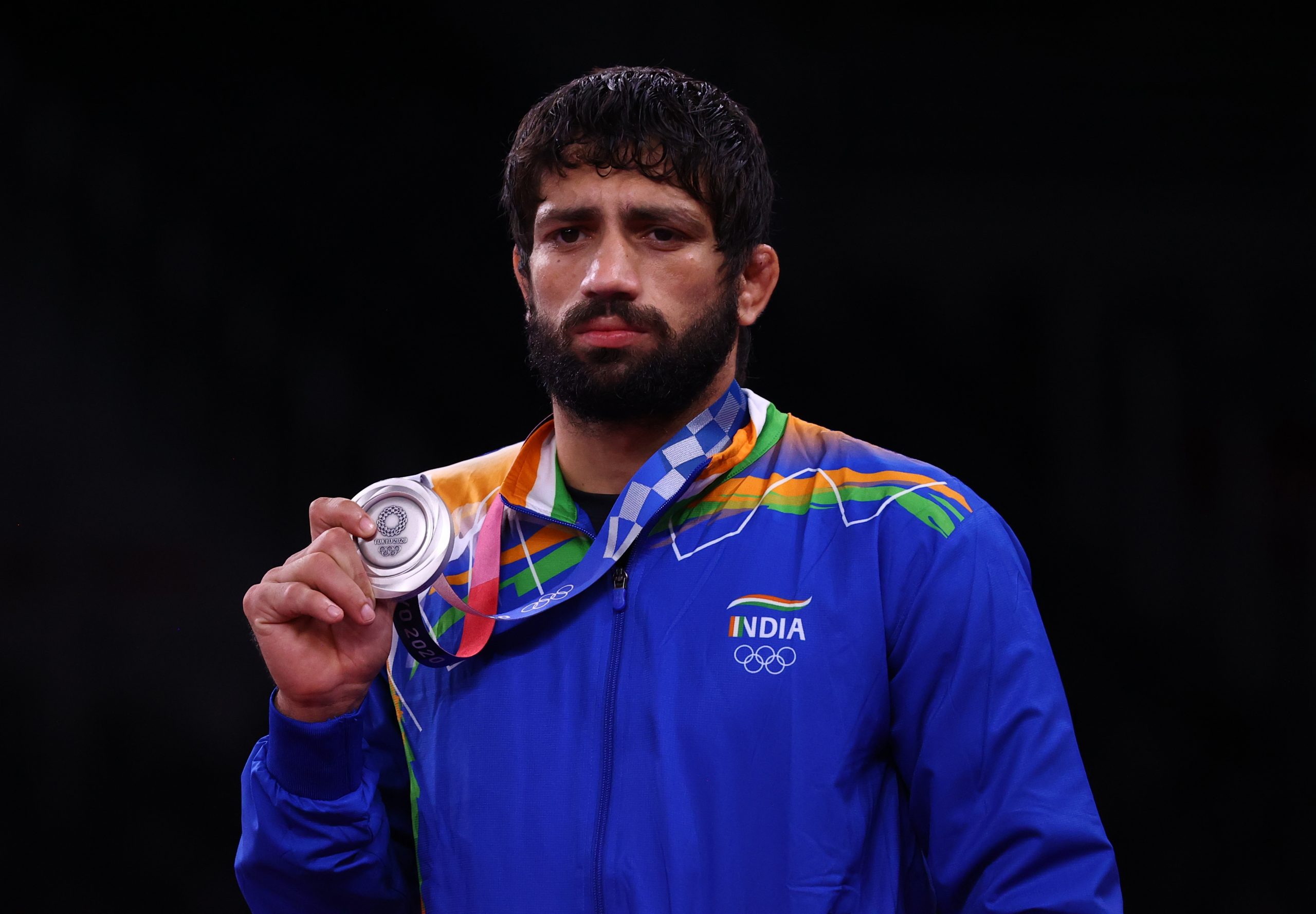 RAVI KUMAR DAHIYA on Thursday (5) became only the second Indian wrestler to win a silver medal at the Olympic Games after he lost the men’s freestyle 57kg title clash 4-7 to reigning world champion Zavur Uguev.

There were expectations that the 23-year Dahiya would become India’s youngest Olympic champion but the Russian defended well to win comfortably.

Dahiya had also lost to Uguev at the 2019 World Championship.

The wrestler from Nahri village in Haryana had outclassed Colombia’s Tigreros Urbano (13-2) in his opener and then outwitted Bulgaria’s Georgi Valentinov Vangelov (14-4) in the quarterfinals.

In the semifinals, he erased a massive 2-9 deficit to pin Nurislam Sanayev.

Sushil Kumar, who is now in jail on charges of a murder, is the only other Indian wrestler to have made the final at Olympics.

KD Jadhav had won a bronze in the 1952 Helsinki Games. Sakshi Malik had become the first woman wrestler to win an Olympic medal when she clinched a bronze at the 2016 Rio Olympic Games.

Meanwhile, Deepak Punia came agonisingly close to winning a bronze medal on his Olympic debut but conceded a take-down in last 10 seconds of the 86kg play-off against San Marino’s Myles Nazem Amine on Thursday (5).

Deepak’s defence was superb throughout the bout but the San Marino wrestler grabbed the decisive two-pointer after getting hold of the Indian’s right leg and converted it into a take-down in dying moments of the bout.

The 22-year-old Indian, son of a milk peddler in a Haryana village, was leading 2-1 before that take-down but it was not meant to be his day.

Deepak made good use of a favourable draw to reach the semifinals but lost to the formidable American David Morris Taylor in the semifinals.

He earlier got past Nigeria’s Ekerekeme Agiomor, the African championship bronze medallist by technical superiority and then prevailed 6-3 over China’s Zushen Lin in the quarterfinal.