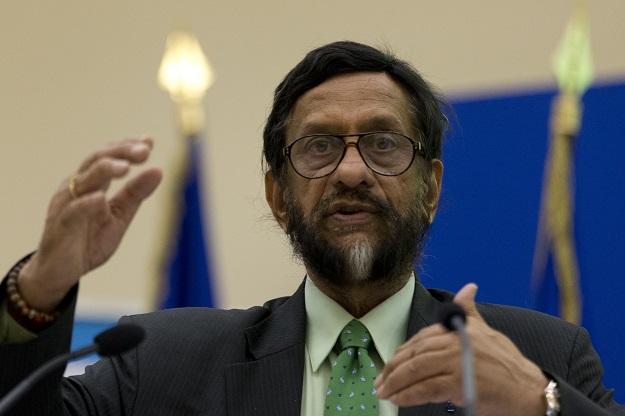 Pachauri who helmed the the Inter-governmental Panel on Climate Change (IPCC) for more than a decade died in a New Delhi hospital late Thursday (13) after undergoing open heart surgery this week, his family said (Photo: KENZO TRIBOUILLARD/AFP via Getty Images).

INDIAN environmentalist Rajendra Pachauri, who led the UN climate change group that won a Nobel Peace Prize but whose later years were dogged by sexual harassment allegations, has died at the age of 79.

Pachauri who helmed the Inter-governmental Panel on Climate Change (IPCC) for more than a decade died in a New Delhi hospital late Thursday (13) after undergoing open-heart surgery this week, his family said.

During his tenure, the IPCC and former US vice-president Al Gore were jointly awarded the 2007 Nobel Peace Prize for their work on pressing countries to take action over global warming.

The Nobel committee hailed the way the IPCC and Gore had laid “the foundations for the measures that are needed to counteract such change.”

But Pachauri was forced to step down from the panel in 2015 over sexual harassment accusations made by a staff member at an Indian environment institute he led.

He always denied any wrongdoing.

Trained as an engineer and economist at top universities in India and the US, Pachauri became a leading voice on the dangers of global warming.

Many of his warnings highlighted how climate change would disproportionately affect poorer countries, while richer countries would be forced to confront subsequent migration crises.

Nitin Desai, chairman of The Energy and Resources Institute that Pachauri led before being forced to stand down, said Pachauri made an “unparallelled” contribution to international campaigning on sustainable development.

“His leadership of the Intergovernmental Panel on Climate Change laid the ground for climate change conversations today,” he said.