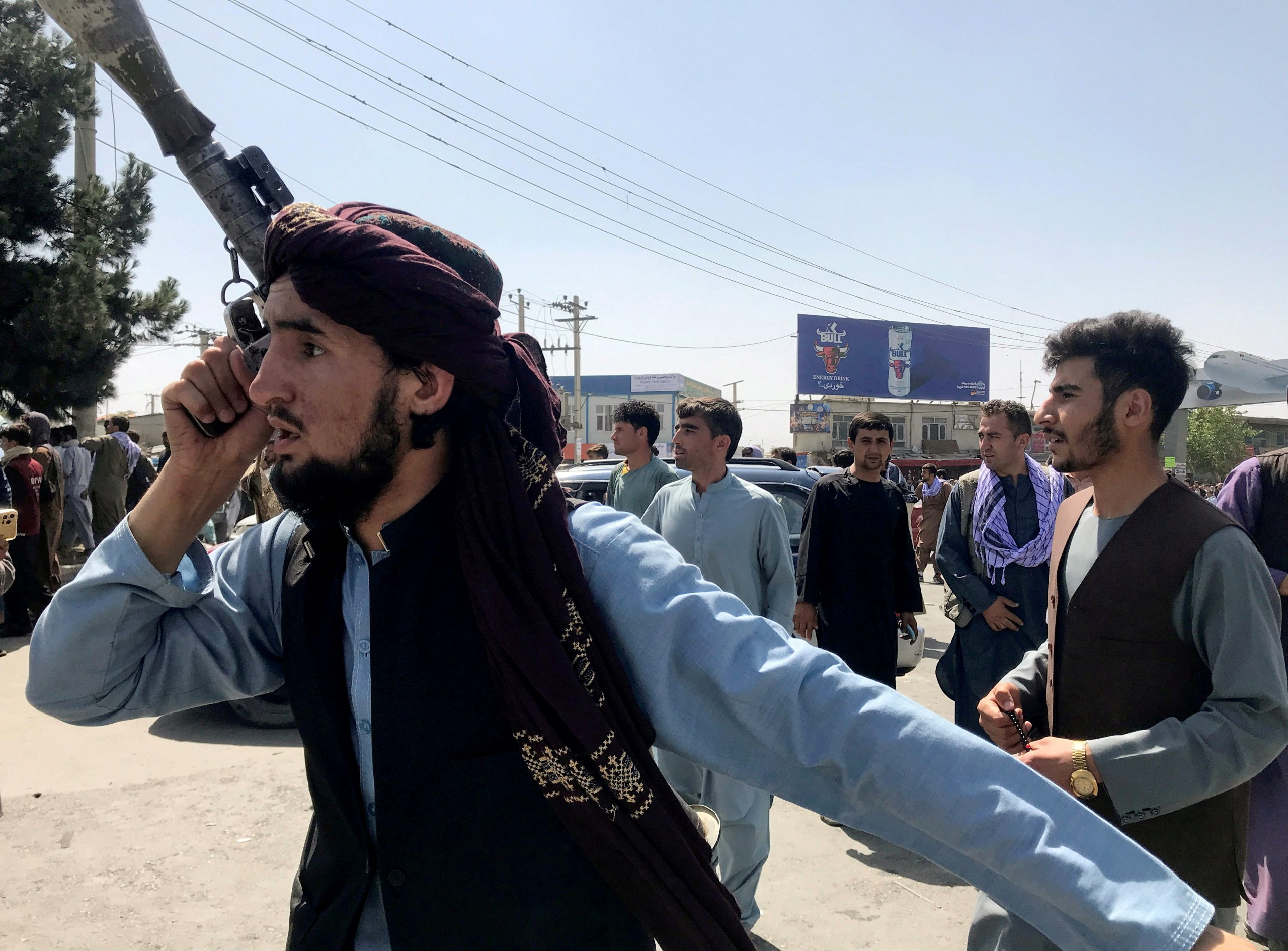 File photo of a member of Taliban forces inspecting the area outside Hamid Karzai International Airport in Kabul. (Reuters Photo)

A group of Indian nationals were learnt to have been stopped and taken to an unknown location near the Kabul airport on Saturday (21) for questioning and verification of travel documents, triggering some confusion and concerns in India.

People tracking the developments in Kabul said there were no specific reports of any harm to Indians in Kabul so far.

The Indians were among 150 people who were heading towards the Kabul airport when they were stopped by Taliban fighters, according to Afghan media reports.

The Indians were learnt to have been released subsequently.

Kabul Now news portal initially reported that the group was “abducted” by the Taliban fighters but it later updated the report saying all the people were released and on their way back to the Kabul airport.

The people cited above said the Indians were taken away for questioning and it is not unusual under the current circumstances.

There was no immediate official comment or reaction on the matter.

Meanwhile, earlier on Saturday (21) India evacuated around 80 Indian nationals from Kabul by a transport military aircraft of the Indian Air Force.

The aircraft landed at Dushanbe in Tajikistan after evacuating the Indians from Kabul, they said, adding it is expected to arrive at Hindon airbase near Delhi in the evening.

India has already evacuated 200 people including the ambassador and other staffers of its embassy in Kabul in two C-17 heavy-lift transport aircraft of the IAF after the Taliban seized control of Kabul on Sunday (15).

The first evacuation flight brought back over 40 people, mostly staffers at the Indian embassy, on Monday (16).

The second C-17 aircraft evacuated around 150 people including Indian diplomats, officials, security personnel and some stranded Indians from Kabul on Tuesday (17).