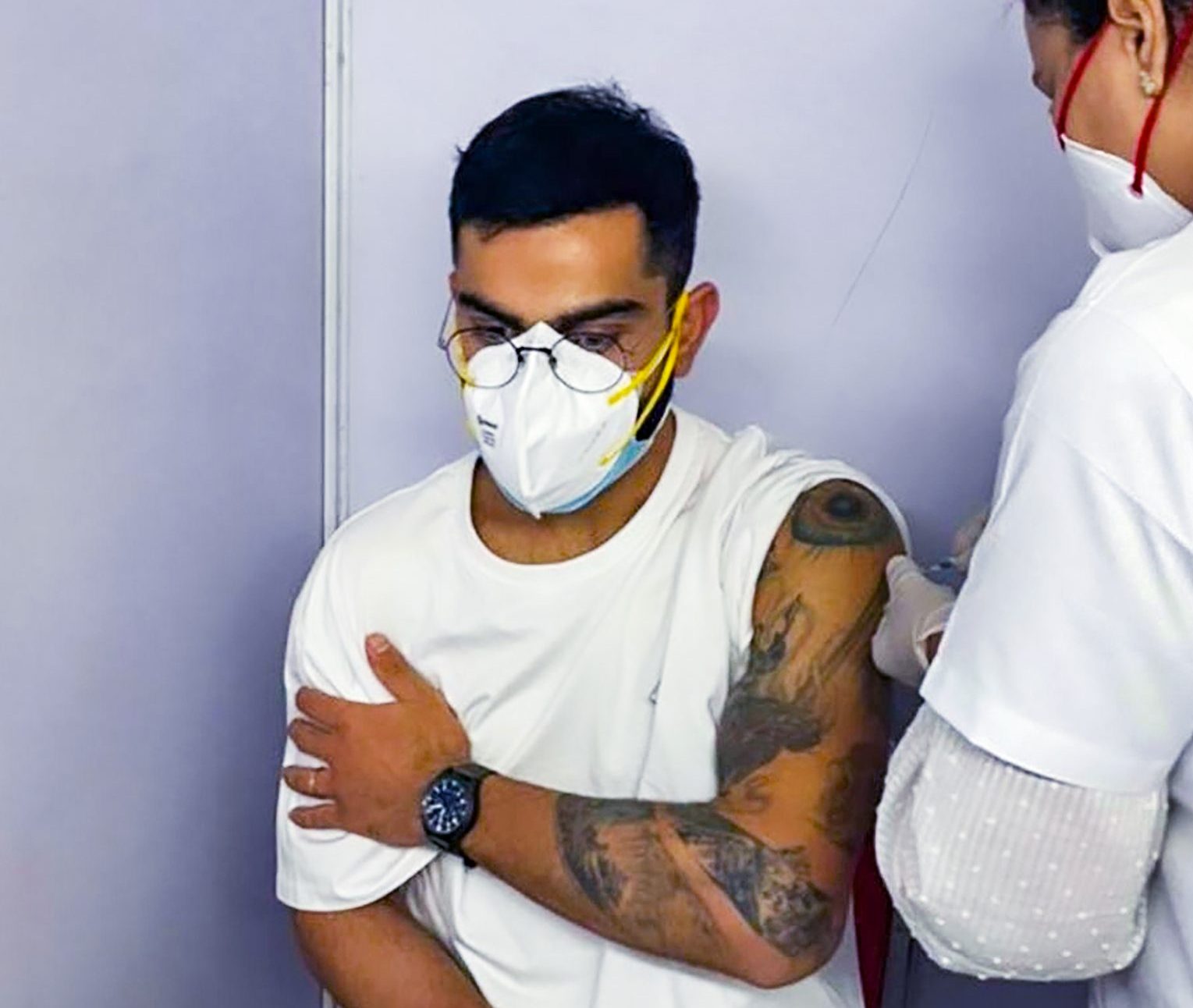 INDIA captain Virat Kohli and several of his teammates have received their first dose of Covid-19 vaccines before they leave for a tour of England next month.

India face New Zealand in the final of the inaugural World Test Championship at Southampton in June before playing a five-Test series against England from August 4.

India’s coronavirus cases rose by 329,942 on Tuesday (11), while 3,876 deaths were reported. The country leads the world in the daily average number of new deaths reported, accounting for one in every three deaths reported worldwide each day, according to a Reuters tally.

“Vaccinate yourself as soon as you can please. Stay Safe,” Kohli said in an Instagram message after posting a photo of him being vaccinated on Monday (10).

Most of the players had been playing in the Indian Premier League (IPL), which was suspended indefinitely last week because of the pandemic.

India began a vaccination drive for those above 18-years-old on May 1.

Indian athletes preparing for the Tokyo Olympics, including the men’s and women’s hockey teams, have also received their first dose of the vaccine.

Members of the shooting contingent also received their first dose before leaving for a training camp in Croatia on Monday (10).