India-UK FTA could be ready by Diwali: Piyush Goyal 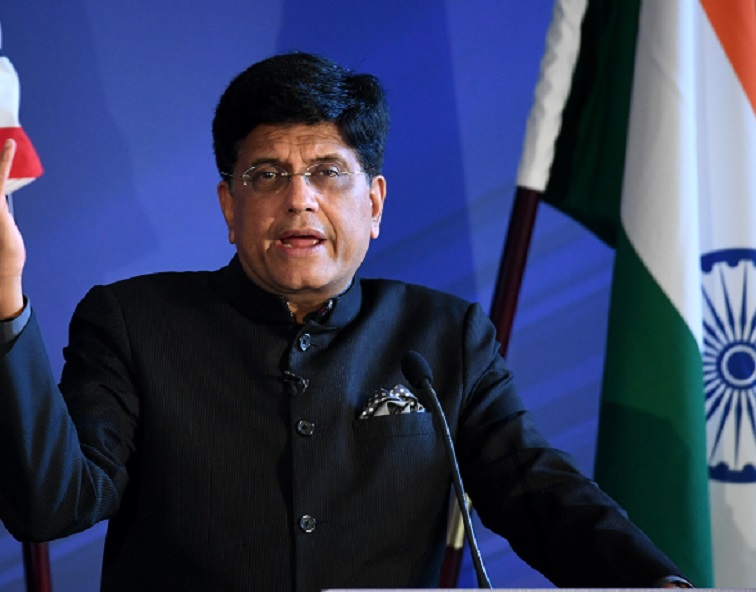 THE way things are progressing between the two negotiating teams, a free trade agreement (FTA) between India and the UK could be ready by Diwali without the need for an interim early harvest agreement, said commerce and industry minister Piyush Goyal during a visit to the UK.

The minister arrived in London from the World Economic Forum in Davos to stock-take and interact with stakeholders and business people ahead of the fourth round of FTA negotiations, set for June 13 in the UK.

During a curtain raiser event last week for the annual UK-India Week by India Global Forum (IGF) scheduled from June 27, Goyal pointed to the FTAs concluded at speed with the UAE and Australia as a sign of things to come.

“But the way things are progressing, we’ll actually land up doing a full FTA with the UK by Diwali. I have had very good meetings on it,” he said.

Diwali in October was set as a timeline for a draft FTA after British Prime Minister Boris Johnson’s talks with prime minister Narendra Modi during his visit to India last month.

Indian High Commissioner Gaitri Issar Kumar revealed at the event that Johnson has already extended an invitation to his Indian counterpart to visit the UK to sign off on the draft agreement once it is ready later in the year.

Asked about the points of contention in the path of such a tight timeline, Goyal said: “Our approach is that we are very honest and upfront in our constraints, yet willing to be sensitive to the concerns of the other country.”

The minister went on to highlight the “relentless work, study, focus and engagement with stakeholders” that is required in the entire process towards an FTA.

“You are actually writing out the destiny of your trading relations between two nations for the next 30 or 50 years. Particularly in this current world where there is so much dichotomy between countries, so much distrust… the world has realised that they would rather work with a trusted partner like India,” the minister said.

“When you do a trade deal, you are crystal gazing 30-50 years into the future, so you have to be very careful. I can’t afford to make a mistake… everybody has to be very cautious. Lots of modelling has to be done,” he said.

Goyal noted that India, as one of the fastest-growing economies of the world, even growing at a “modest 8 per cent every year” would be 10 times from where the economy is now at the least.

“That is the opportunity on offer for a fair and equitable agreement… which is what was understood in the UAE and Australia, which is why we were able to close fast,” he said.

The minister said he held “productive discussions” on carrying forward the ongoing FTA negotiations to further boost the India-UK trade and investment partnership during talks with his UK counterpart, trade secretary Anne-Marie Trevelyan.

Total trade between India and the UK stood at £13 billion FY 2021-2022 (Apr-Feb). The UK was India’s 17th largest trading partner during the period, according to the latest official figures available on the website of the Indian High Commission in London.