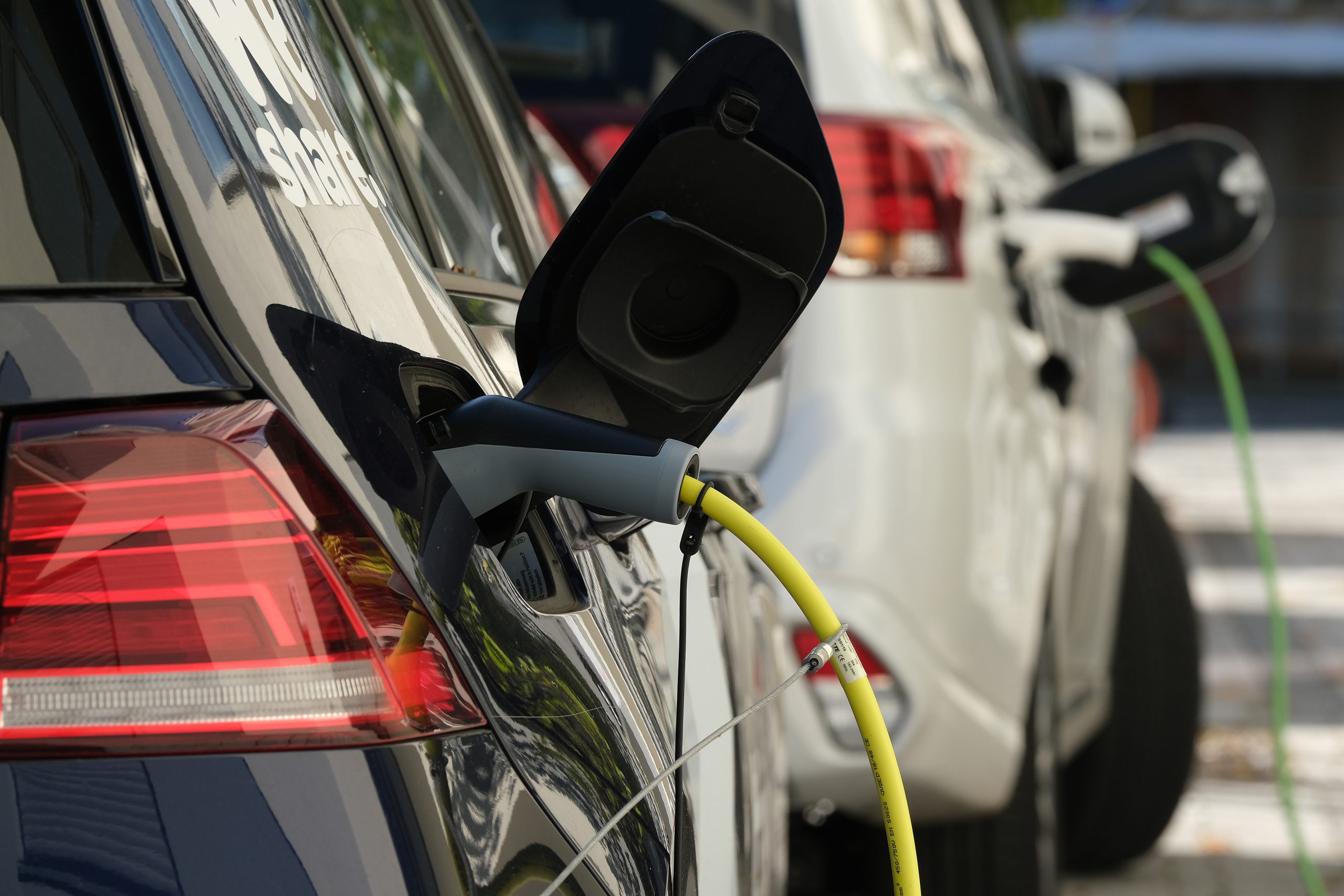 An electric car and a plug-in hybrid car charge at a public charging station. (Photo by Sean Gallup/Getty Images)

INDIA has revised its proposed $8 billion scheme for the auto sector which will now focus on incentivising companies to build electric and hydrogen fuel-powered vehicles, reported Reuters.

This is a significant shift from the government’s original plan to incentivise auto and auto part makers to build mainly gasoline vehicles and their components for domestic sale and export, with some added benefit for electric vehicles (EVs).

The move to clean technologies comes as Tesla Inc is gearing up to enter India and is lobbying for lower import duties on electric cars. While the government is considering the request it wants some economic benefit in return which could include a commitment from Tesla to produce cars locally.

Under the new proposal, India will give incentives to automakers for building EVs and hydrogen fuel cell cars only, the sources said.

“The government does not want to spend money on promoting old technologies,” one of the sources said.

Auto parts makers, however, will get incentives to produce components for clean cars as well as for investing in safety-related parts and other advanced technologies like sensors and radars used in connected cars, automatic transmission, cruise control and other electronics, the sources said.

“The idea is to promote the development of technology that is currently not manufactured in India but is imported either because regulation demands it or customers want those features in their cars,” said the second source.

The sources said the original incentive outlay of about $8bn may also be cut and that the production-linked scheme, which would apply on domestic sale and exports, could be finalised as soon as September-end.

India’s industries and finance ministries did not immediately respond to a request for comment.

India’s efforts to promote EVs, which make up a fraction of total auto sales, have been stymied so far by a lack of investment and weak demand, as well as the patchwork nature of existing incentives that vary from state to state.

But the government is focussed on adopting clean mobility so it can reduce its oil dependence and cut pollution, while also meeting its commitment under the Paris Climate Accord.

Domestic automaker Tata Motors is currently the largest seller of electric cars in India with rival Mahindra & Mahindra as well as motor-bike companies TVS Motor and Hero MotoCorp firming up their EV plans.

However, India’s biggest carmaker, Maruti Suzuki, has no near-term plan to launch EVs as it does not see volumes or affordability for consumers, its chairman said last month.

The incentive scheme is part of India’s broader $27bn programme to attract global manufacturers so it can boost domestic production and exports.