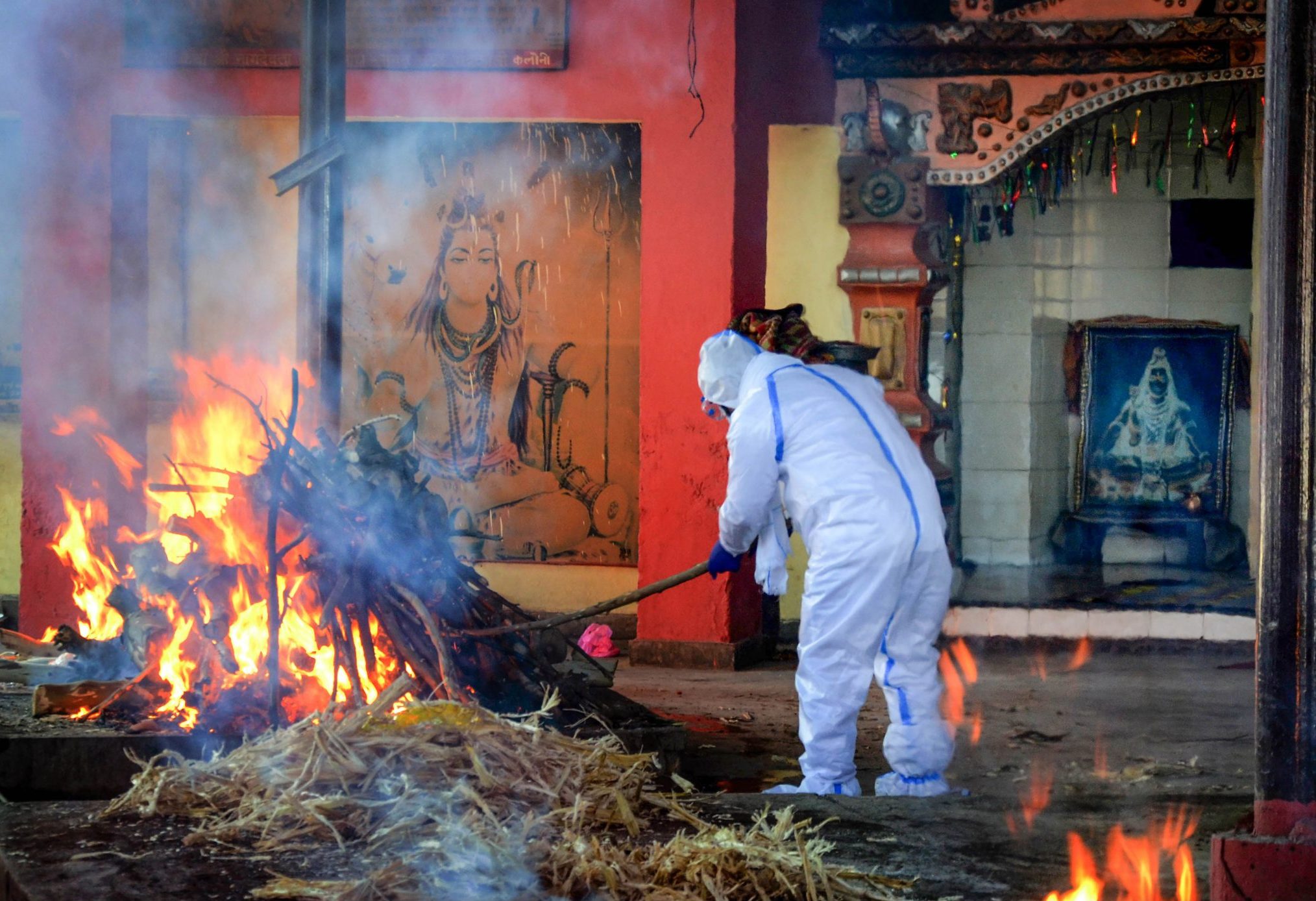 A family member performs last rites of a Covid-19 victim at a cremation ground in Amritsar. (PTI Photo)

THE single day rise in coronavirus infections in India fell below the two-lakh mark for the second time this month. 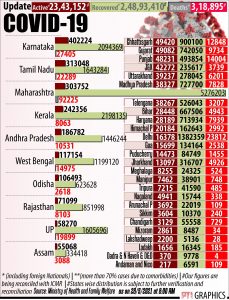 Recoveries continue to outnumber daily new cases for the 15th consecutive day, however, the case fatality rate has increased to 1.16 per cent, the ministry data stated.

The ministry also said that cumulatively 20.57 crore number of Covid-19 vaccine doses have been administered in the country.

Meanwhile, coronavirus infections in the South Asia region surpassed 30 million on Friday (28), according to a Reuters tally of official data, led by India.

The South Asia region – India, Bangladesh, Pakistan, Bhutan, Nepal, Maldives and Sri Lanka – accounts for 18 per cent of global cases and almost 10 per cent of deaths.

India’s federal government has faced criticism for its failure to secure vaccines as only about 3 per cent of India’s 1.3 billion population has been fully vaccinated, the lowest rate among the 10 countries with the most cases. 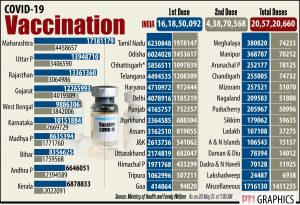 To meet domestic demand, India temporarily halted vaccine exports in March after donating or selling more than 66 million doses. The halt has left countries including Bangladesh, Nepal, Sri Lanka, and many in Africa scrambling for alternate supplies.

Since India is unlikely to resume major exports of Covid-19 vaccines until October, other South Asia countries such as Nepal and Bangladesh are making diplomatic efforts to secure vaccines to prop up their faltering inoculation drives as their stocks run out.

India’s western neighbour Pakistan, with purchases and donations from China and allocations from the World Health Organisation and the GAVI Vaccine Alliance, has now secured more than 18 million doses. On Wednesday (27), Pakistan opened its vaccination campaign to everyone aged 19 or older.

At least 219.17 million vaccine doses have been administered in southern Asia by Friday (28), according to figures from Our World in Data.