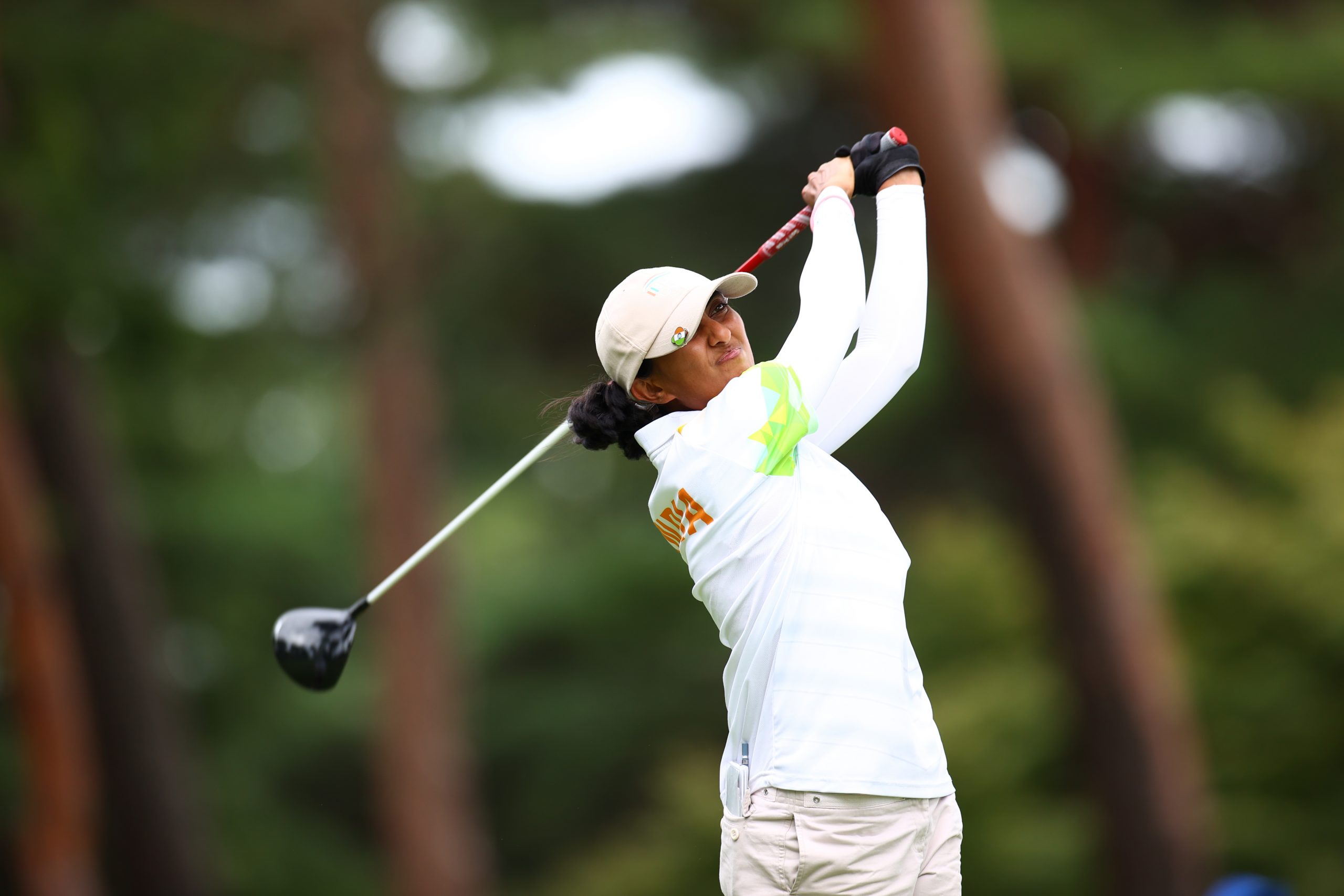 Aditi Ashok of India in action during the fourth round at Tokyo Games. (REUTERS/Murad Sezer)
Follow Us

INDIA’S Aditi Ashok missed a medal narrowly as she finished fourth in the Olympic Games’ golf competition after carding a three-under 68 in the weather-hit final round on Saturday (7).

It was a heartbreaking end to Aditi’s campaign considering she started the day at second. But it was nonetheless a major improvement as she had finished tied 41st in the 2016 edition where golf made a comeback to the Olympics.

Overnight leader and world number one Nelly Korda clinched the gold medal with a 2-under 69 that left her 17-under overall and a shot ahead of Japan’s Mone Inami (65) and New Zealand’s Lydia Ko (65).

Inami and Ko will compete in a play-off to decide the silver and bronze medal winners.

Play was disrupted for a while by a tropical storm after the leading pack had completed 16 holes but soon resumed at the par-71 Kasumigaseki Country Club.

Aditi was in medal contention for a major part of the day but the two bogeys pulled her back while Ko surged ahead with a sensational nine birdies against just three dropped shots in her final round.