Saying she is a true Conservative, she has dismissed Sunak as being a “socialist”. 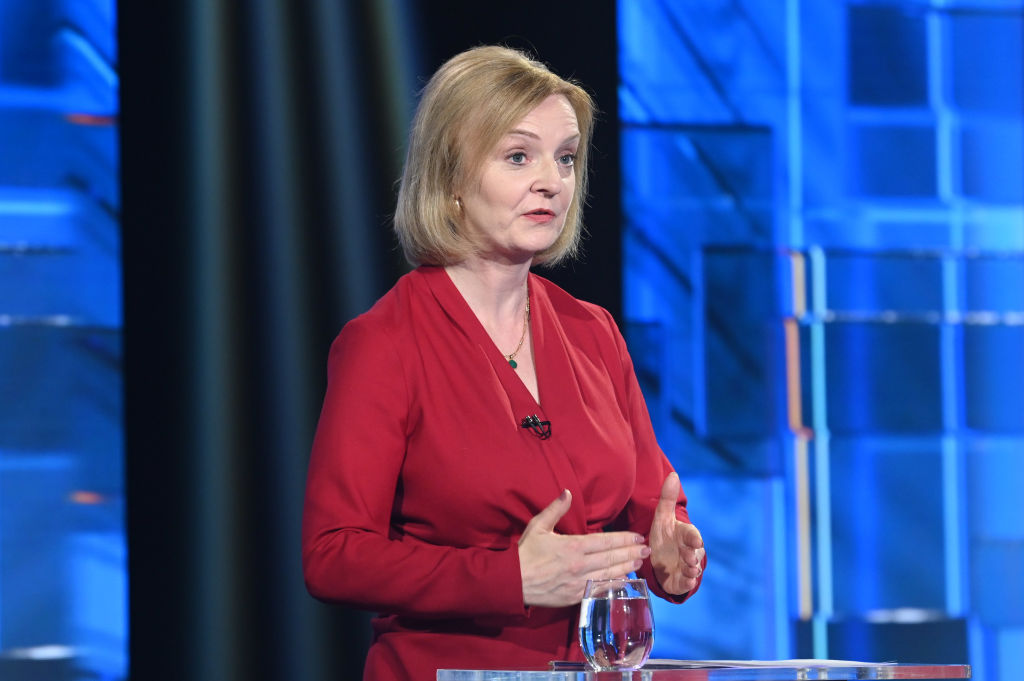 If it’s not the pictures of her standing atop a tank in a nod to Conservative leader Margaret Thatcher, it’s the meme-defining moment when she vented her anger over cheese imports into Britain that made Liz Truss something of a household name.

For many, she was a figure of fun, but for those in the governing Conservative Party choosing who should replace Boris Johnson, it is her conversion to passionate Brexit supporter and her offer of tax cuts that have propelled her to within touching distance of becoming Britain’s next prime minister.

It also helps that she is not former finance minister Rishi Sunak, who some in the governing Conservative Party blame for triggering the rebellion against his boss, Johnson, and fear cannot beat the opposition Labour Party in the next election.

Truss, Britain’s foreign secretary, will now take on Sunak after she made it to the final two in the race to become prime minister on Wednesday, recovering after a slow start and knocking out junior trade minister Penny Mordaunt.

She will face the party’s around 200,000 members, and looks poised to win them over – ranking first in polls so far – to be appointed their new leader, and Britain’s next prime minister, on Sept. 5.

Supportive lawmakers say Truss can govern from day one, with a plan to revive the economy by cutting 30 billion pounds ($36 billion) in taxes. Her robust stance on Russia, China and with Brussels over Brexit will also feature in the campaign.

Saying she is a true Conservative, she has dismissed Sunak, a long-term party member and former Goldman Sachs banker, as being a “socialist”.

“Now is the time for boldness, not a business-as-usual approach,” she said on Tuesday in a pointed reference to Sunak who has said he would not reduce taxes immediately.

Truss’s ascent to the top of the Conservative Party has been anything but straightforward.

Born to parents she describes as “left-wing”, her mother, a nurse and a teacher, and her father, a maths lecturer, took her on demonstrations against then Conservative prime minister Thatcher, now her political idol.

She criticised the monarchy when a member of the more centrist Liberal Democrats at the University of Oxford, and described her conversion to conservatism as a “rebellion” spurred by a belief that people “should succeed on merit”.

A management consultant, she entered parliament in 2010.

Her early ministerial career was all but defined by a bizarre 2014 speech at the Conservative Party conference.

Stating that Britain imported two thirds of its cheese, she then declared angrily: “That. Is. A. Disgrace.” A dramatic pause was met with a ripple of applause and the clip has become a much-used GIF and meme in Westminster and beyond.

Since entering the foreign office in September last year, Truss has been prolific in posting pictures of her endeavours — from standing in Moscow’s Red Square in a fur hat despite it being relatively warm to standing atop the tank in Estonia.

She has modelled herself as a strident critic of Russian President Vladimir Putin, but some fear her robust stance on Russia’s war could ratchet up tensions to perilous levels.

At an encounter with Russian Foreign Minister Sergei Lavrov just before Moscow invaded Ukraine, Truss was left embarrassed when he got her to deny Russian sovereignty over Rostov and Voronezh, two regions in the south of Russia, the Kommersant newspaper reported.

A British source said Truss had misheard during the meeting, calling it “classic Russian propaganda”.

Truss has also warned China to learn lessons from the West’s response to Russia’s invasion of Ukraine and said Beijing would face consequences if it did not “play by the rules”.

Even her supporters fear she could be too quick with opinions to be an effective diplomat, but for the contest, most Conservatives are more focused on matters closer to home.

WOODEN?
Her appeal, even her most reluctant supporters say, is that she is dynamic, a workaholic who is across the detail of policy. Others believe she can steady the ship after Johnson’s turbulent three years in power.

Beyond tax cuts funded by more borrowing, Truss has said the debt incurred from the COVID-19 pandemic should be treated like a “war debt” and should be paid back over a longer period.

Sunak on Sunday criticised her plan as “a fairytale”. Truss replied: “You cannot tax your way to growth.”

But it is perhaps her stance on Brexit that had the biggest impact.

Despite voting to remain in the European Union at a 2016 referendum, Truss has taken a hard line over Northern Ireland trade, to the delight of eurosceptics and the dismay of Brussels which says it breaks international law.

Perhaps one of her biggest weaknesses is what one Conservative lawmaker describes as her not being the “most effective communicator”, characterised as being a “bit wooden” by Ed Costelloe, chair of the group Conservative Grassroots.

At a debate, she admitted she might not be “the slickest presenter” but “when I say I’ll do something, I do it”.