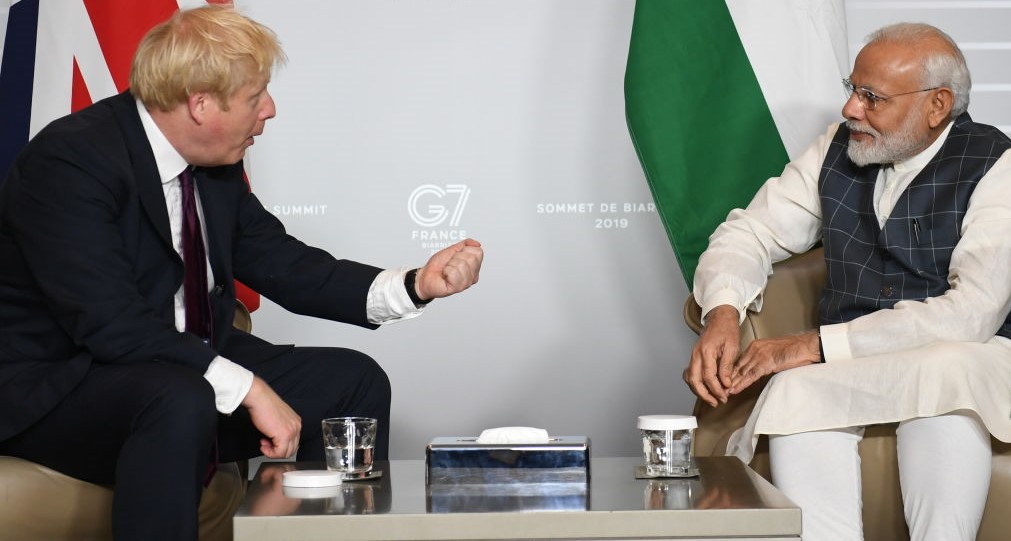 INDIA is among over 50 countries and organisations confirmed to participate in the UK-led virtual Global Vaccine Summit to be hosted by British Prime Minister Boris Johnson on Thursday (4).

Indian Prime Minister Narendra Modi or a high-level Indian representative is expected to participate live or with a pre-recorded message along with at least 35 heads of state or governments at the event, which aims to raise at least $7.4 billion (£5.9bn) for the global vaccine alliance Gavi.

Gavi — a UN-backed organisation which coordinates vaccinations across the world — will set up resources to protect future generations with vaccines and reduce disease inequality.

Johnson called for a “new era of global health co-operation” ahead of the summit that will see the launch of a new fundraising drive to support potential Covid-19 vaccines.

“I hope this summit will be the moment when the world comes together to unite humanity in the fight against disease,” the prime minister said in a statement.

He said he hoped it would “inaugurate a new era of global health co-operation, which I believe is now the most essential shared endeavour of our lifetimes”.

Lord Tariq Ahmad, Minister for South Asia and the Commonwealth, noted that the “response we have had from India is very positive”.

“India’s participation in Gavi and in supporting the (coronavirus) vaccine cannot in any way be underestimated and we continue to work together.

“It is an established fact that 50 per cent of the world’s vaccine production is currently in India, which makes it an important partner in that area.”

In 2014, from being a recipient country of Gavi, India became a donor country and has contributed around $12 million to date.

“It is a notable achievement for India that it has become a supporter, and that demonstrates the steps India has taken in recent years,” Ahmad said.

“When we look at the scale of production which India has of vaccines, it will be an important partner in ensuring a large number of vaccines are readily available in an equitable fashion.”

The virtual summit this week comes against the backdrop of the University of Oxford’s fast-track trials for a potential vaccine to protect against coronavirus.

However, it has a wider remit as the UK hopes it would help raise the funds required for Gavi to vaccinate over 300 million children against infectious diseases in the world’s poorest countries over the next five years.

In April, the UK had set up a Vaccines Taskforce to support the discovery of a coronavirus vaccine and prepare industry supply chains to manufacture it at scale once it is developed.

“We have been working through our Vaccines Taskforce on strengthening our relations, both at a government-to-government level but also through the private sector and we will be looking to further strengthen that in the coming weeks and months,” said Ahmad, in reference to India-UK collaboration in the field.

The coronavirus pandemic has killed more than 380,000 people since it emerged in China last December.

The WHO, UN children’s agency UNICEF and Gavi warned last month that vaccine services were disrupted in nearly 70 countries, affecting some 80 million children under the age of one.

Polio eradication drives were suspended in dozens of countries, while measles vaccination campaigns were also put on hold in 27 countries, UNICEF said.

Recent Gavi-supported modelling from the London School of Hygiene and Tropical Medicine estimated that for every coronavirus death prevented by halting vaccination campaigns in Africa, up to 140 people could die from vaccine-preventable diseases.

“More children in more countries are now protected against more diseases than at any point in history,” said Seth Berkley, chief executive of Gavi.

“However, these historic advances in global health are now at risk of unravelling as Covid-19 causes unprecedented disruption to vaccine programmes worldwide.