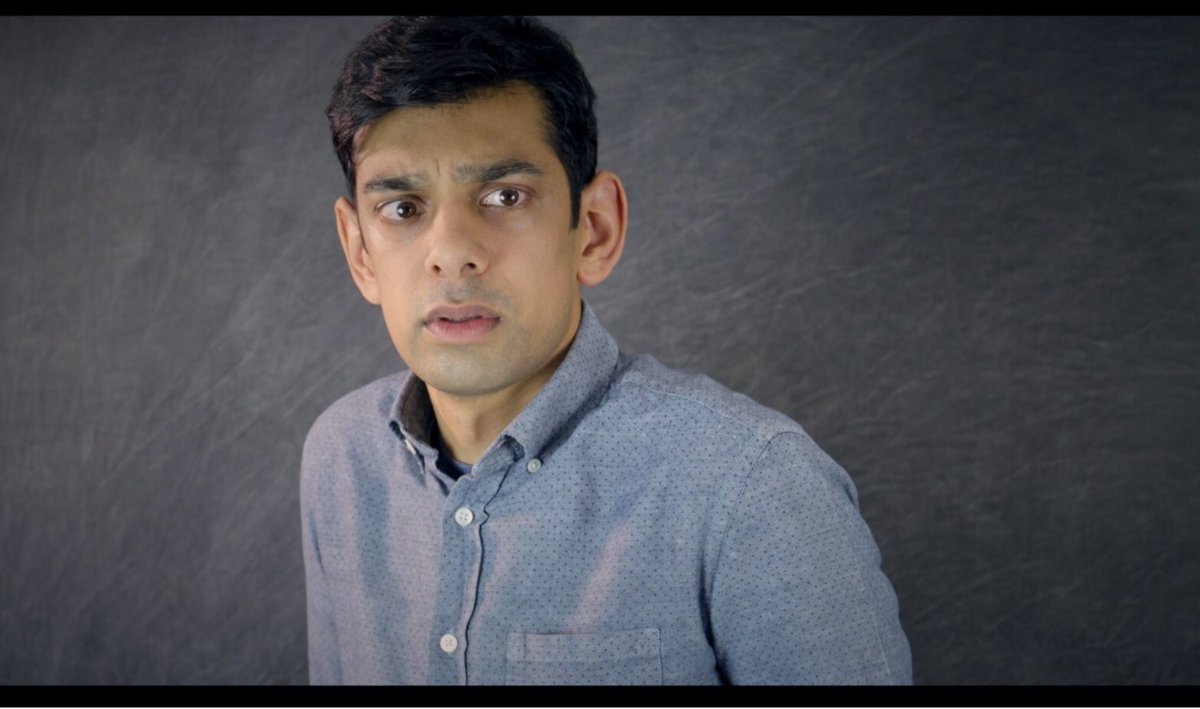 TALENTED British actor Amit Shah has done great work on television and appeared in a number of high-profile films. His big screen performances include winning turns in major projects like Breathe, Johnny English Strikes Again and The Hundred-Foot Journey. He also stars in London-set action movie Final Score alongside Hollywood hardman Dave Bautista, which was recently released on DVD and Blu-ray, and revolves around an ex-soldier who must use all his lethal fighting skills to prevent mass destruction when deadly Russian terrorists take over a football stadium.

Eastern Eye caught up with Amit to talk about his acting journey, Final Score, Dave Bautista, future hopes and more.

Tell us how do you look back on your acting journey?

With real fondness. There have been times when the journey’s been tough, but there have also been those magical moments when I’ve landed a dream job and I’ve been able to work with fantastic people, both in front of and behind the camera. I’ve worked with some very talented people who are the best at what they do and hope to continue building on that list.

Which of your characters has been closest to your heart? 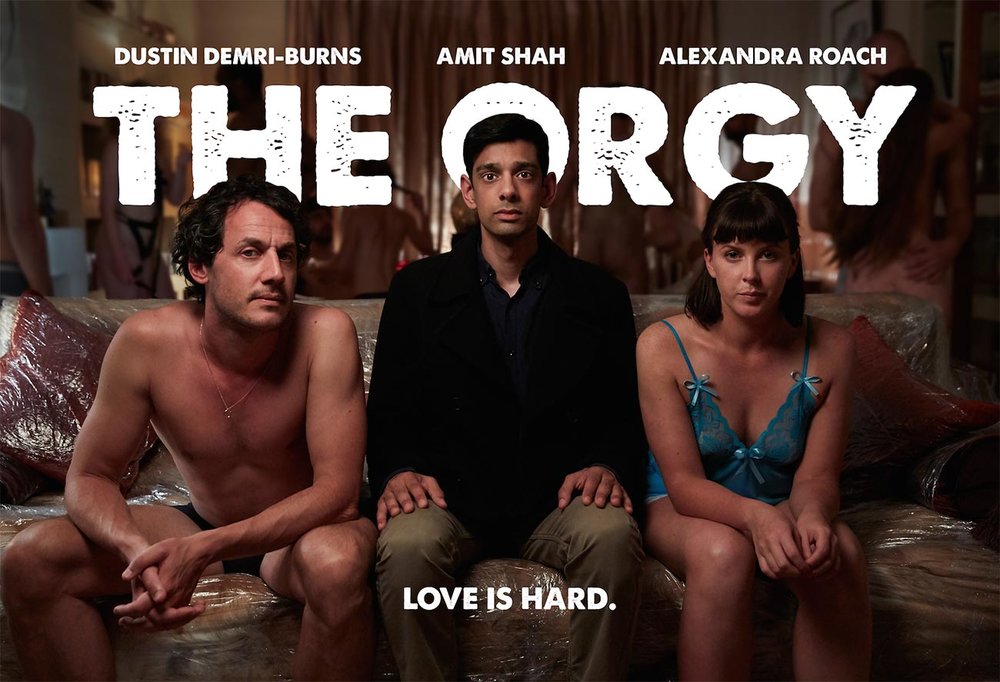 How does working in TV compare to films?

If you had a 1000-piece jigsaw puzzle that would be a film – it’s quite an intense period of a month or two months, but you only have a 1,000 pieces. But with television, especially if you’re involved with the whole series there might be six to ten episodes or up to 24 in America. Then you’re dealing with a much bigger machine on a bigger scale for a longer period and therefore a much bigger jigsaw puzzle that might involve maybe 50,000 pieces.

Tell us about Final Score and the character you play?

I play Faisal Khan. He’s a ground steward at the West Ham football stadium. He finds himself dragged into a rescue mission. He becomes Dave’s character’s sidekick and is very much involved in helping to save the day. Together they have to save 35,000 fans during a European match from terrorists who have taken over the stadium.

How does Final Score compare to other roles you have done?

I do a lot of comedy and Faisal can be quite outspoken, big and eccentric but I guess a lot of the other roles are a little more timid and mildmannered. It was great to work alongside Dave. Dave actually fought for more of Faisal’s scenes to be included in the edit. In terms of film, he’s very knowledgeable and understands what a film overall needs. It is an intense, action packed movie with a lot of thrills, but he just felt it needed these injections of comedy to lighten the tone a bit. I was grateful for that.

There were physical challenges with quite a few stunts involved. The football stadium wasn’t small and there were times when we had to play scenes as if there were 35,000 fans there but of course there weren’t. But all the challenges were enjoyable. I had a fantastic time filming it. I always came to work with a smile on my face and it was a privilege to film at that historic stadium before it was knocked down.

What was the experience of filming in the old West Ham stadium?

It was a real honour to be in that historic stadium. Our dressing rooms were the private rooms for VIP events and those rooms looked out onto the pitch. It was a great place to view all the action that was going on down on the pitch level. Everyone was very welcoming and hospitable.

Do you have a favourite moment in the film?

There is this one moment that Faisal’s involved in where he has to step up and prove he can take responsibility and be the guy who will help save the day. It is a risky moment for his character and I won’t say what it is as it’s a spoiler, but from an audience perspective, it’s very funny and hugely satisfying.

Are you a football fan?

I started to get interested in football when Eric Cantona came back from his suspension after his kung-fu kick at the Crystal Palace ground. I followed Manchester United for a bit and was kind of obsessed with Eric Cantona for a while. I’m actually quite intrigued by sports people (like Dave, in fact) who are entertainers in their sport and then go into acting and have this ability to be really creative. Of course, Dave’s known for his role in wrestling, but he’s really creative and artistic. I really respect him as an actor. He’s a real hero of mine now that I’ve had the chance to work with him.

What do you most prefer in acting?

At the moment, film. I’m doing a lot of films at the moment, having started in theatre. There’s something special about going to a cinema and seeing something on the big screen that’s quite cinematic, which Final Score definitely is. There’s something special about shooting a project and then one year later seeing all the other work that’s been added to it such as the soundtrack, special effects and then enjoying the finished product. It’s really enjoyable and I enjoy watching stuff back that I’ve been in. When I was a school kid I would watch Back To The Future nearly every week. I wanted to be involved in movies from that age and so watching them back now with me being in them is a big part of the enjoyment.

You have worked with many amazing names, but who was the most interesting and memorable?

When I started, I never thought I’d be working with people like Emma Thompson, Rowan Atkinson, Andy Serkis, Andrew Garfield, Helen Mirren and Steven Spielberg who have all been influential. I’m going to be starting a new project in January called Last Christmas, which Emma Thompson has written and Paul Feig (Bridesmaids, Ghostbusters reboot) is directing – I’m a big fan of his work. A special mention to Om Puri, who played my dad in The Hundred-Foot Journey and sadly passed away; I’d always wanted to work with him, so to be in a film with him was a real moment in my career that I’ll look back on with fondness. I also just worked with David Walliams. I have to mention Dave Bautista because he’s become a really good friend and I really respect him. He will speak out if something’s wrong. He is true to himself. Dave’s come from nothing and really worked hard to build up his career. He’s one of the really interesting people I’ve worked with in recent times that I hope to work with again one day.

I wanted to play villains. I don’t really know why because I’ve never really been seen as a villain, but a lot of the good villains have a great sense of humour and are quite witty. I guess Faisal was a dream role for me too as I got to play the comic relief in a big action film. I’ve always been interested in romantic comedies as well. Four Weddings and a Funeral has been a favourite of mine.

Who would you love most to work with?

Paul Feig who I will be working with next year. I like Ryan Reynolds as an actor and love the fact he doesn’t take himself too seriously. Also Ryan Gosling and Jim Carey. A lot of Canadian actors actually. I’d love to have an opportunity to work with them. I think Whoopi Goldberg is really funny. Emma Thompson again; I worked with her last year on Johnny English Strikes Again and we became really good friends. She was very influential in getting me the part in the Paul Feig film, which she wrote and is also in.

Kindness, solidarity and people who are passionate. Also comedy and the ability to make people laugh. I think comedy is really powerful; you can really change the world with jokes. I’m really intrigued by the effect of comedy.

Why should we watch Final Score?

Because it’s a fast, action-packed movie with lots of stunts and thrills. It’s a bit of escapism and doesn’t take itself too seriously. It’s fun and engaging and you won’t get bored – that’s for sure.

Asees Kaur: Voice of a winner