I can testify to the openness, fairness, and warmth, with which British society welcomes talented individuals: Rishi Sunak

He called for the India-UK relationship to look beyond the shared history to become a partnership of equals. 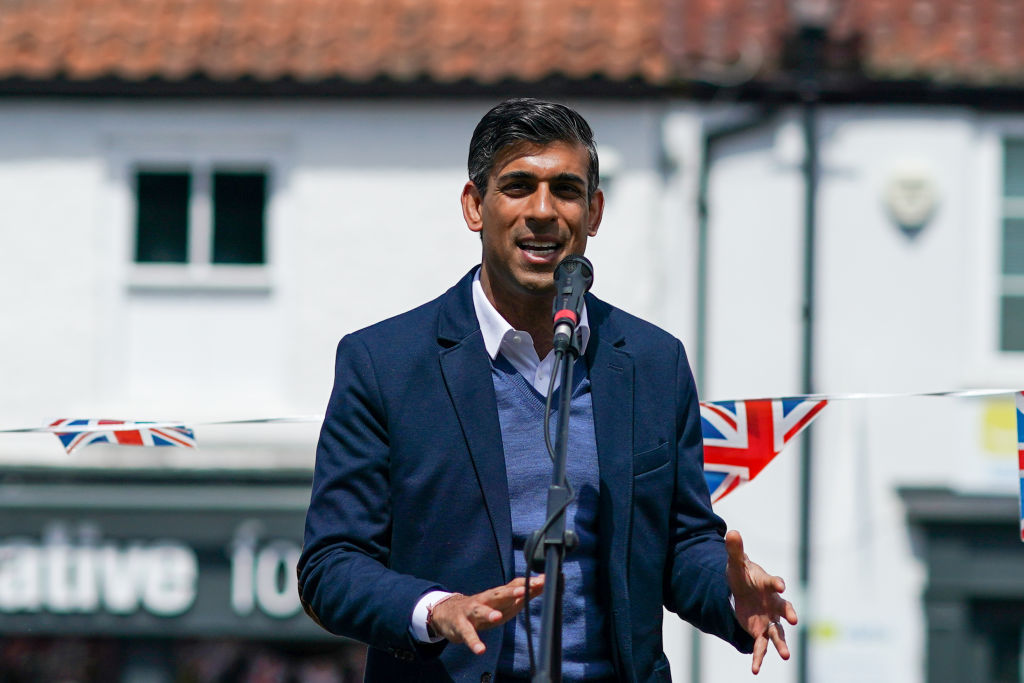 Rishi Sunak MP, Chancellor of the Exchequer (Photo by Ian Forsyth via Getty Images)
Follow Us

UK Chancellor of the Exchequer Rishi Sunak has opened up at length about his Indian heritage and growing up in Britain in a hard-working British Indian family at an awards ceremony celebrating Indian diaspora achievements across different fields.

The 42-year-old finance minister, born in the UK to National Health Service (NHS) general practitioner (GP) father Yashvir and pharmacist mother Usha, described the UK as a “rewarding karma bhoomi” where “someone like me can become Chancellor”.

He called for the India-UK relationship to look beyond the shared history to become a partnership of equals, where the brightest talent from both countries can travel back and forth to study and work.

“As the child and grandchild of immigrants, I can testify to the openness, fairness, and, yes, warmth, with which British society welcomes talented individuals who seek to contribute to our society and become a part of our communities,” said Sunak, in his speech at the UK-India Awards at Fairmont Windsor Park, near London, on Friday.

“So, if you want to build great businesses, undertake great science or create great art, the UK will be the most rewarding karma bhoomi you will find. But the UK doesn’t have a monopoly on the opportunity. Too much of the migration conversation is about how many Indians come to the UK.

“This is a partnership of equals, so we need to make it easier for British students to study in India… I want to see us doing more to reinforce that ‘living bridge’, travelling in both directions between our countries,” he said.

Tracing his family’s roots back to his grandparents who moved from East Africa to the UK when his mother was just 15 years old, the senior Cabinet minister reflected upon his humble beginnings and worked tirelessly for his family business.

“I didn’t grow up in a wealthy family. My overriding memory of childhood is how hard my parents worked,” he recalled.

“Dad was a National Health Service (NHS) General Practitioner (GP) and worked extra jobs, evenings, and weekends. Almost every night of my childhood, he worked until the early hours, writing up patient notes and referral letters. Mum owned a pharmacy – Sunak Pharmacy,” he said.

“Our life was built around the business. Out of school, I’d serve customers or do deliveries; help dispense medicines; do the bookkeeping. And every Sunday we’d pile into the car to clean the shop, all of us together, the whole family. It was a family business – that’s just what you do,” he shared.

Addressing the largely Indian diaspora gathering of parliamentarians, entrepreneurs and innovators at the annual awards organised by UK-headquartered India Global Forum (IGF) to celebrate the year’s highlights within the UK-India corridor, Sunak as the guest of honour said his family’s story resonates with the wider British Indian story as he thanked his own family for all their “sacrifices”.

“I learnt early on that family matters. Families nurture our children and teach them good conduct; support us, unconditionally; pass on culture, religion, and identity. No government could even begin to replicate the profound bond family forms,” said the minister, who was joined by wife Akshata Murty – the daughter of Infosys co-founder Narayana Murthy.

The minister, an Oxford and Stanford University alumni who made history by lighting diyas on Diwali outside his 11 Downing Street home in November 2020, shared that he will be back at a childhood temple in Southampton for family prayer day this weekend.

He added: “Sixty years after my Naniji boarded a plane in East Africa, on a warm sunny evening in October, her great-grandaughters, my kids, played in the street outside our home, painted Rangoli on the doorstep, lit sparklers and diyas; had fun like so many other families on Diwali. Except the street was Downing St. And the door was the door to No 11.

“I’m incredibly proud of where I come from. It will always be an enormous part of who I am. And it brings me joy to live and belong, in a country where, for all our faults, for all our challenges, someone like me can become Chancellor. Our task now is to make sure that’s not the end of the British Indian story, but the beginning.”

Touching upon UK-India relations and the ongoing free trade agreement (FTA) negotiations, the Chancellor highlighted financial services as a big opportunity that would help mobilise large amounts of capital from around the world for India’s economic growth.

“The flow of savings from the West to attractive investment opportunities in fast-growing India will be one of the defining movements of the capital of our working lives,” he said.

Addressing Serum Institute of India (SII) CEO Adar Poonawalla directly at the awards, the minister hailed the Covishield partnership between the countries as a great example of joint India-UK innovation.