“I am free”, says Indian pacer Sreesanth as his spot-fixing ban ends 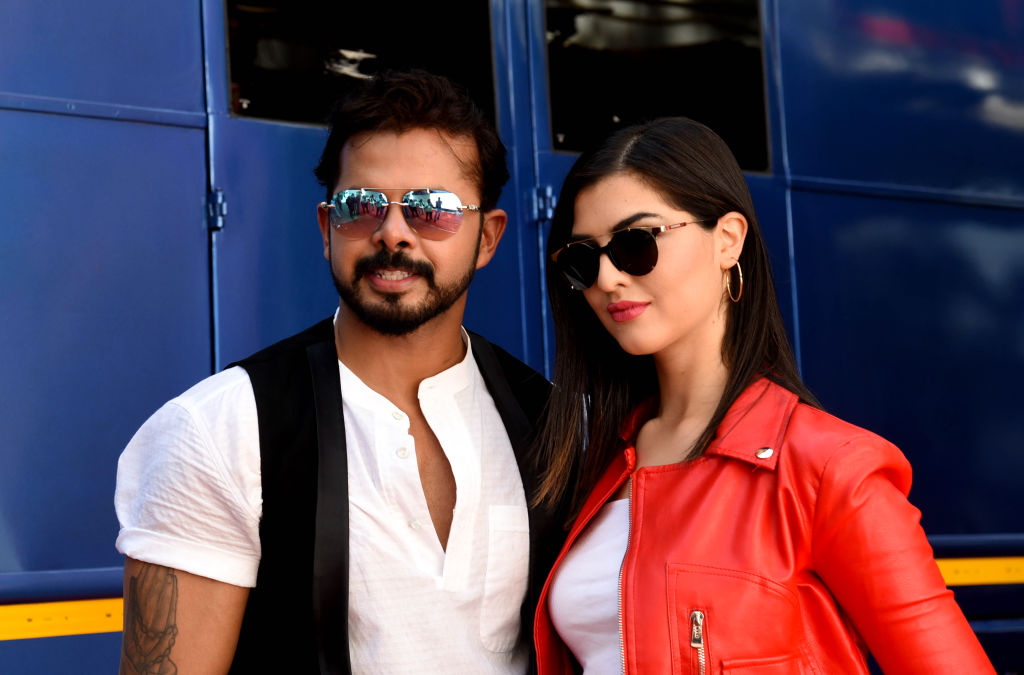 FILE PHOTO: In this picture taken on May 2, 2019, former cricketer turned into actor S. Sreesanth (L) and Spain model and actress Janira Ider (R) pose for photographs during the inauguration of the upcoming Hindi and Kannada film 'SPEED BOYS Dhoom Machale' in Mumbai. (Photo by SUJIT JAISWAL/AFP via Getty Images)

INDIA pacer S Sreesanth’s ban for alleged spot-fixing came to an end on Sunday(13), concluding a seven-year punishment that was originally meant to be for life and was aggressively contested by the flamboyant bowler.

The 37-year-old has already made it clear that he intends to resume at least his domestic career at the end of the ban and his home state Kerala has promised to consider him if he manages to prove his fitness.

“I’m completely free of any charges nd anything nd now gonna represent the sport I love the most.will give my very best to every ball I ball even (if) it’s just practice,” he tweeted on Friday, a couple of days before the end of his suspension.

“Just have another 5 to 7 years max to give it all I’ve got nd I will give the very best to any team I play,” he added.

However, with the Indian domestic season postponed at present due to the Covid-19 pandemic, it remains to be seen when exactly Sreesanth is able to make a comeback if Kerala decides to give him a chance.

The Indian domestic season starts in August but the pandemic has left the scheduling in complete disarray.

Sreesanth’s life ban for alleged spot-fixing in the 2013 edition of the IPL was reduced to seven years by BCCI Ombudsman DK Jain last year. Jain had observed that the cricketer is well past his prime having already served six years.

The BCCI banned Sreesanth in August 2013 along with his Rajasthan Royals teammates Ajit Chandila and Ankeet Chavan. But on March 15 last year, the supreme court set aside the BCCI disciplinary committee’s order and asked the Board to reconsider the quantum of punishment.

Sreesanth played 27 Tests and 53 ODIs for India, taking 87 and 75 wickets respectively. He has also taken seven wickets in 10 T20 Internationals.