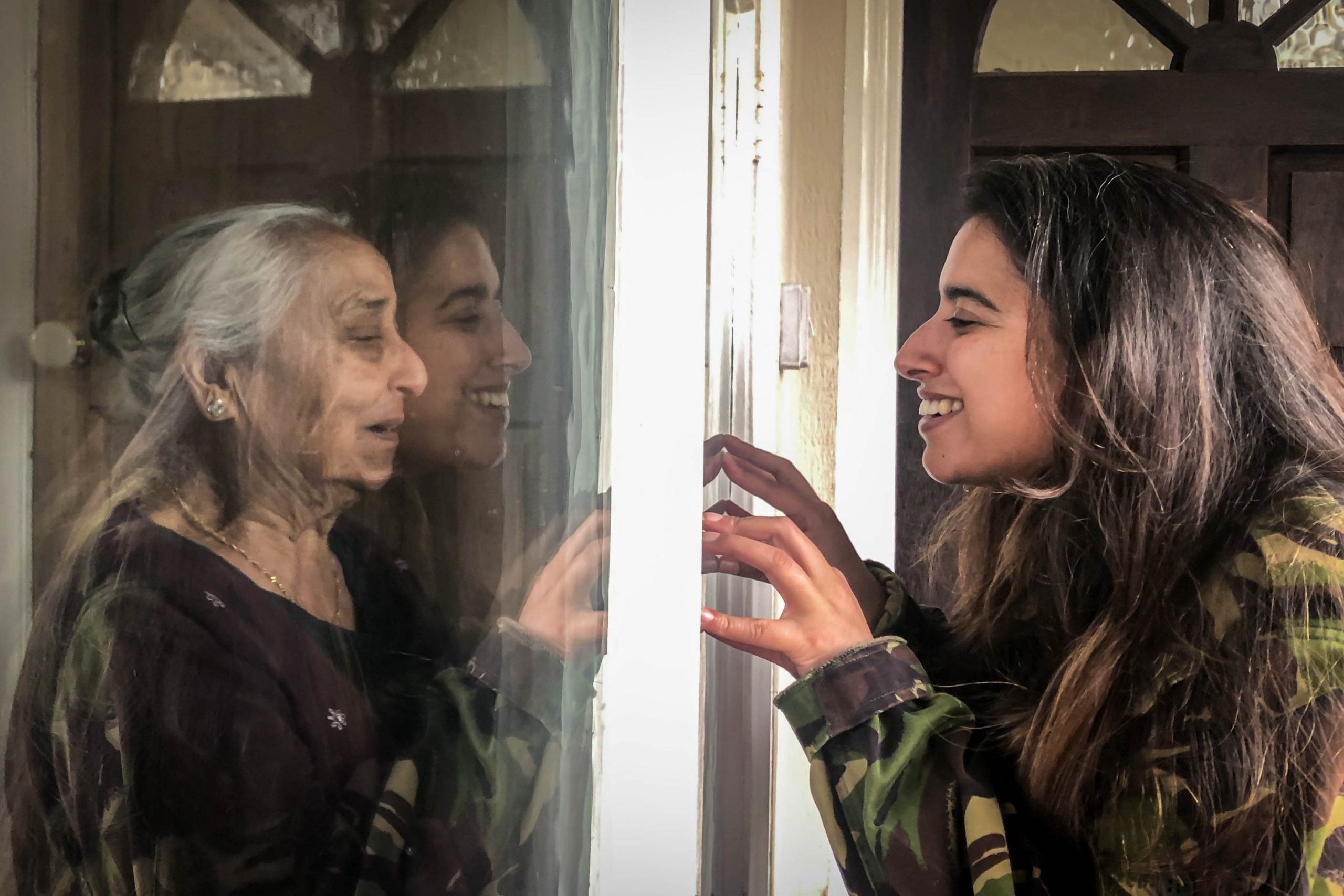 A PHOTOGRAPHER featured in a community project aiming to create a “unique collective portrait of the UK during lockdown” has spoken of her desire to show “some light in the darkness of the coronavirus crisis”.

The Hold Still project, launched by the National Portrait Gallery, has received more than 31,000 applications from participants across the UK. The photographs, taken between May and June this year, focused on three themes – Helpers and Heroes, Your New Normal and Acts of Kindness – and after being judged by a panel including the Duchess of Cambridge, 100 images were chosen for the final exhibition.

One of the winning portraits was haPPE, by Newcastle-based doctor Imogen Johnston, which shows an orthopaedic consultant and his surgical trainee wearing protective masks with smiley faces drawn on them.

Speaking to Eastern Eye on Tuesday (22), Johnston said she wanted to capture “some light in the darkness of the coronavirus crisis”.

“We were hearing such negative stories on the news and getting updates on how many patients had died,” the 23-year-old said. “I just thought it was important to show that although it was a very depressing time, there were always things that could make you smile and lift your spirits”.

The concept for the photograph, taken at Aintree University Hospital in Liverpool, was a spontaneous one. Although Johnston wanted to participate in the Hold Still initiative, the haPPE image was not her original plan.

However, while working on the orthopaedic ward, she spoke with the consultant who said he wanted to cheer up older patients. Some of them were hard of hearing, which meant it was difficult to communicate with them while wearing face masks.

“He felt quite sad that the face masks meant it was harder to convey any emotion and it felt like we couldn’t communicate properly without them being able to see our face,” she said. “He said he wanted to draw a smiley face on his PPE and his junior trainee did the same.”

After their photograph was taken, the pair were excited by the thought of the photograph being accepted by the National Portrait Gallery.

“I told them not to get too excited as I was sure there would be lots of applicants and I wouldn’t get a look in,” Johnston, originally from Somerset, said. “So, it was really nice for us (when we heard it had been approved).”

The portrait’s name was Johnston’s idea, although she considered referring to the disproportionate impact that the coronavirus pandemic has had on the BAME community.

“Obviously, the consultant and the trainee are both British Asian men, and we were talking about whether we could try and encompass the BAME group in the title, as they are at higher risk of the coronavirus,” Johnston, who contracted the Covid-19 virus a week after the photograph was taken, said. “But in the end my consultant preferred the haPPE title.”

Other photographs chosen for the final project include Eid-Ul-Fitr 2020 by Roshni Haque; Dadi’s Love by Simran Janjua and Your New Normal by Julie Aoulad-Ali and Kamal Riyani.

“We hope that this time next year, we will be able to embrace one another and make new memories, remaining humble from our experience in 2020,” she said.

Janjua explained her photograph was that of her sister-in-law meeting her grandmother after months of being apart. “In this moment I felt the depth of love they feel for each other, captured by both the joy and longing in their eyes,” she said. “Separated by a window but connected by love.”

Go to www.npg.org.uk/hold-still/hold-still-gallery/ to see the full gallery of photographs.