Here are five reasons why you should watch Janhvi Kapoor’s Gunjan Saxena: The Kargil Girl 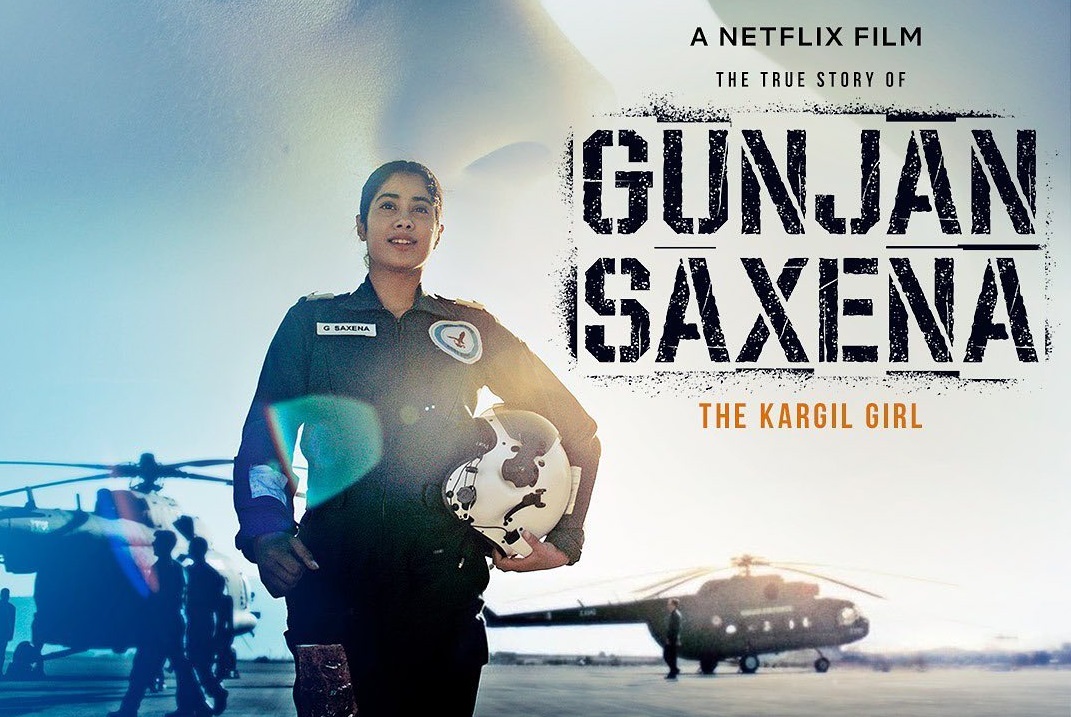 A few weeks ago, it was announced that Karan Johar’s production venture Gunjan Saxena: the Kargil Girl will get a direct-to-digital release on Netflix. Well, the film will be premiering on 12th August 2020, and a few days ago, the makers had released the trailer of the movie.

The trailer is quite good and Janhvi Kapoor has impressed us a lot. Well, today, we list down five reasons why you should watch the film…

The film is a biopic on Flight Lieutenant Gunjan Saxena. She decided to become an IAF pilot when girls were not considered to be fit for such jobs. But, she achieved what she dreamed and during the Kargil War in 1999, she became the first woman IAF pilot to fly in the war zone. Gunjan was given the responsibility to supply medicine and food to the army fighting ahead and to keep a watch on the Pakistani Army. She flew the Cheetah helicopter which was a symbol of hope for the Indian Army.

Janhvi Kapoor got mixed reviews for her performance in Dhadak, but she impressed one and all with her performance in Ghost Stories. The actress featured in one of the short films of the anthology which was directed by Zoya Akhtar. Janhvi proved that she is surely a talent to watch out for. Gunjan: Saxena The Kargil Girl also features Pankaj Tripathi in a pivotal role and we all know that he is one of the most talented actors we have in the industry. Apart from Janhvi and Pankaj Tripathi, the film also features Angad Bedi, Manav Vij, Vineet Kumar Singh, and Ayesha Raza Mishra.

After watching the trailer of Gunjan Saxena: The Kargil Girl, we can clearly say that the film has been mounted on a huge scale, and visually it will be a treat. The film’s backdrop is the 1999 Kargil war, so of course, we will get to see some war scenes as well.

While the film will talk about Gunjan Saxena and her achievements, the trailer and the recently released song Bharat Ki Beti proves that we will get to see an emotional father-daughter bond in the film as well. Also, with Pankaj Tripathi playing the supportive father’s role, we are sure the film will make us emotional.

From Ayan Mukerji (Wake Up Sid) to Abhishek Varman (2 States) to Shashank Khaitan (Humpty Sharma Ki Dulhania) to Punit Malhotra (I Hate Luv Stories), whenever Dharma Productions has launched a new director the film has turned out to be quite good. Now Sharan Sharma makes his directorial debut with Gunjan Saxena: The Kargil Girl, so we are expecting the movie to be damn good.