In 1984 so many Sikhs were killed but nothing was done for three days, he said 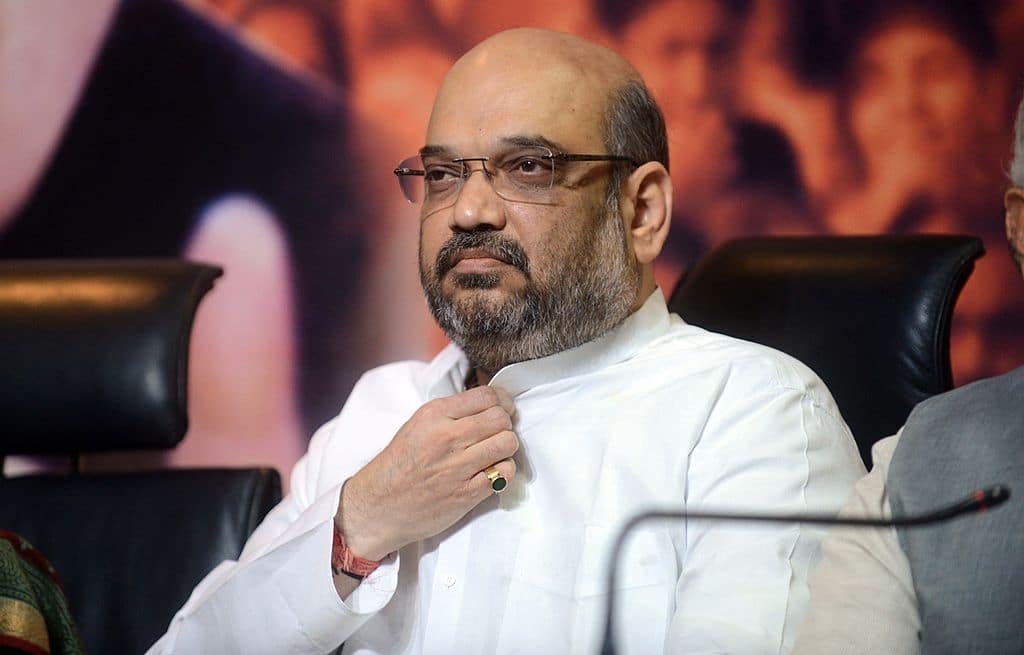 There was no delay on part of the Gujarat government in requisitioning the Army to deal with post-Godhra 2002 Gujarat riots, Union Home Minister Amit Shah said and noted that former Punjab DGP KPS Gill had termed the state government’s action as “prompt and neutral”.

He also attacked Congress over anti-Sikh riots in 1984, saying that so many Sikhs were killed “but nothing was done for three days”. “The Gujarat government did not delay in anything. When the Gujarat Bandh was declared, we called the Army. The Army needed some time to reach. There was not even a day’s delay by the Gujarat government and this was also appreciated by the court,” Shah told ANI in an interview.

The minister’s remarks came after the Supreme Court on Friday dismissed the plea filed by Zakia Jafri, widow of former Congress MP Ehsan Jafri, challenging the clean chit given by the Special Investigation Team (SIT) to then Chief Minister Narendra Modi and several others in 2002 Gujarat riots.

“The Army headquarters is situated in Delhi and there are a lot of army men in the city but despite that so many Sikhs were killed (during the 1984 anti-Sikh riots) but nothing was done for three days. How many SITs were constituted then? An SIT was constituted after our government came to power. How many were arrested?” Shah said while questioning the Congress-led government during the 1984 Sikh riots.

“I think PM Modi did everything because I was observing the situation very closely. I think no CM would have dealt with the situation in this way. For example, there are 100-150 cops in one police station, if we put additional force, then it amounts to only 400. If there is a gathering of around two lakh people it takes time to control the situation in the state. Every action including lathi-charge, firing etc was taken to control the riots in Gujarat riots, 900 people were killed in firing,” Shah said.

He referred to remarks of KPS Gill, who was among the officers credited with ending terrorism in Punjab.

“It takes time for the government to make arrangements to control a situation like riots. Gill Sahab had also come to help the Modi government at that time in Gujarat. I also had dinner with him. He himself told me that he had not seen such a prompt and neutral action in his whole life. However, allegations were raised even against Gill Sahab,” the union minister said.

A Supreme Court bench headed by Justice AM Khanwilkar on Friday said that it found the appeal by Zakia Jafri as “devoid of merit.”

Speaking about Friday’s ruling of the apex court, Shah said: “The state government made all the efforts to control the Gujarat riots and had taken the right decisions at the right time. The court also said that the state government had controlled the situation with less damage.”

Ehsan Jafri was among 69 people killed during violence at the Gulbarg Society in Ahmedabad on February 28, 2002. Zakia Jafri challenged the SIT’s clean chit to 64 people including Narendra Modi who was the then Gujarat Chief Minister.

The Home Minister said the Supreme Court bench has dismissed all false charges against Modi.

“It was also said that some politically motivated people with vested interest levelled those allegations. The blot on the BJP government’s image was also washed.”

The Union Home Minister rubbished allegations against the then BJP-led Gujarat government and said that such allegations were propagated in a big way by certain journalists, political parties and NGOs.

“What was the allegation? It was alleged that the government and Chief Minister were also involved. This was the allegation. Nobody is denying that riots did not take place. Riots took place in many parts of the country.”

“Political parties opposed to the BJP, some people who become journalists due to a specific ideology and some NGOs – the troika together propagated such allegations in a big way. Their ecosystem was so strong that people started to believe lies as truth,” Shah said.

The Home Minister said that the government never interfered in the functioning of the media. “This is not our attitude, we had neither done such a thing then nor do we do so at present. But the ecosystem of that time presented lies in front of the people in such a way that it influenced everyone,” Shah added.