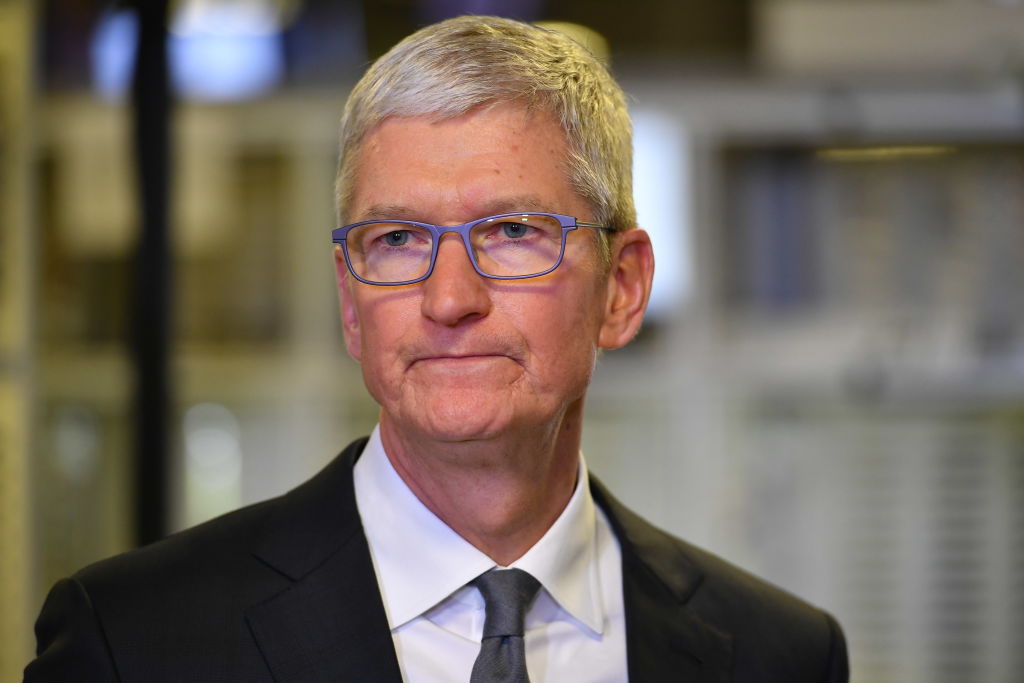 FILE PHOTO: Apple CEO Tim Cook speak to the press during a tour of the Flextronics computer manufacturing facility in Austin, Texas, on November 20, 2019. (Photo by MANDEL NGAN/AFP via Getty Images)

APPLE CEO Tim Cook has written to the US homeland security secretary over delay in processing of employment-based green cards.

In his letter to Alejandro Mayorkas, Cook pointed out the importance of the administration taking immediate action to prevent employment-based green cards from going unused this fiscal year.

“The backlogs have created uncertainty for major employers and caused anxiety for our employees and their families who have, in some cases, waited decades to receive permanent residence status,” wrote Cook.

“The system is already plagued by backlogs that have left foreign-born professionals waiting in limbo and companies unable to fill critical talent gaps.”

According to reports, Indian Americans face a particularly daunting backlog of 80 years, and an anticipated 200,000 will die before achieving lawful permanent resident status.

Cook added that green card backlogs have created uncertainty for major employers and caused anxiety among employees and families.

“We now understand that pandemic-related processing delays, plus the addition of 120,000 green cards this year, have created a situation where the full 260,000 available green cards will likely not be used before the September 30, 2021, deadline,” Cook noted.

He also urged the government to conduct all communications via email or phone to avoid delays.

“We also encourage the United States Citizenship and Immigration Services (USCIS) to explore every legal avenue to preserve or recapture visa numbers that expire,” Cook wrote.

US tech giants Google and Microsoft have also urged officials to find a way to ensure that the green cards quota for the year was not wasted, reports said.

According to USCIS data, about 67 per cent of applications in the first three-quarters of this fiscal were for H-1B visa holders, and over 50 per cent of the applicants were from India.

Earlier, the Apple chief voiced support for passing the Fairness for High Skilled Immigrants Act, which aimed to do away with country quotas for employment-linked green cards.