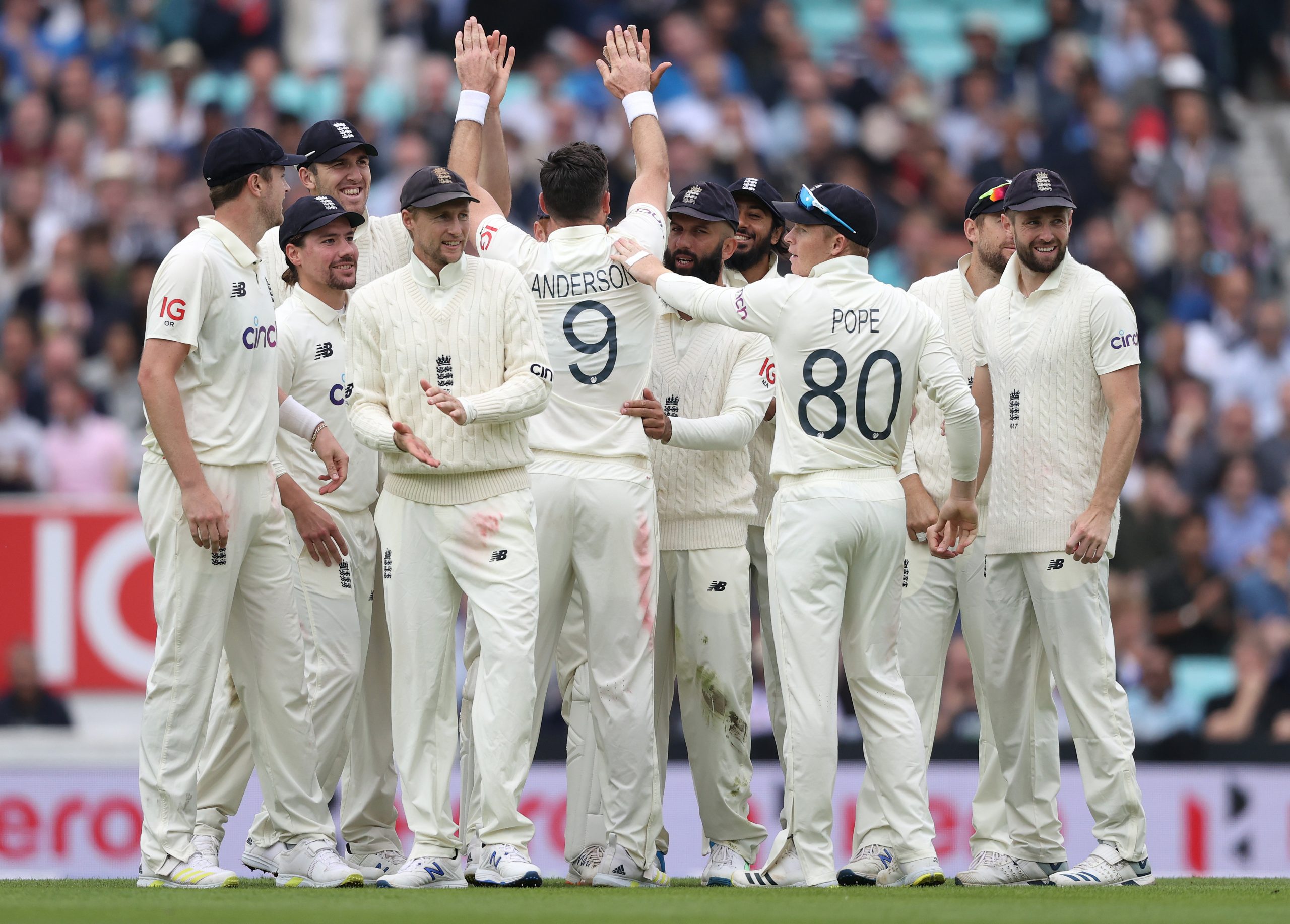 England players can go to the beach and play golf under protocols agreed for the upcoming Ashes tour. (Photo by Julian Finney/Getty Images)

ENGLAND cricketers will be able to go to the beach and play golf under protocols agreed for the upcoming Ashes tour, which Cricket Australia chief Nick Hockley said on Monday (11) was never seriously in doubt.

The England and Wales Cricket Board gave “conditional approval” to the trip late last week after months of negotiations over concerns around tough Covid-19 rules for players and their families.

Hockley said both teams should be able to live normal lives in public, within reason, during the five-Test series that is due to start in Brisbane on December 8.

“Our protocols are very measured to ensure people have a really great experience and a good quality of life,” he told the Sydney Daily Telegraph.

“In a large part, it comes down to just people using their common sense.

“It’s not about going to big crowded places, but certainly when they’re on tour, we’re expecting people to be able to have a round of golf, people to go down to the beach and have a meal sitting outside.”

In giving the tour the go-ahead, the ECB said there were still some unspecified issues to resolve before skipper Joe Root and his England team board the plane.

But Hockley said this was merely about allocating visas, along with ongoing biosecurity discussions, and was adamant the Ashes was never in danger.

“I don’t think it was ever in serious doubt, but until we actually (worked) through all of the detail we weren’t able to confirm it,” he said. “But it’s confirmed now and I think everyone is looking forward to the cricket getting started.”

“Normally what you’d do is you’d get the team sheet and you’d send it off the travel agent and off you go,” he added.

“But we’ve been putting in place charter flights, exclusive use of entire properties, putting up biosecurity plans for government consideration. A lot of it is the volume of work. And there’s no shortcuts.”

The first Test between the old rivals is set for Brisbane on December 8. They then head to Adelaide, Melbourne and Sydney, before concluding the series in Perth.

But the Perth fixture is under a cloud, because Western Australia requires inter-state visitors to quarantine for 14 days on arrival.

Hockley said in a separate interview with the Sydney Morning Herald that he believed a deal could be reached with the state government to play in Perth as scheduled.

“It’d be the first Ashes Test at the new (Optus) stadium, it’s a magnificent stadium, we know Perth will turn out in really big numbers,” he said.

“So we’re working very actively and constructively on being able to play in Perth in a way that provides a fantastic experience for both sets of players, but also keeps the WA community safe.”

Australia are the current holders of the Ashes after retaining the urn following a 2-2 draw in England in 2019.