Goldy Notay: Being party to an exploration of race, class and ‘the done thing’ 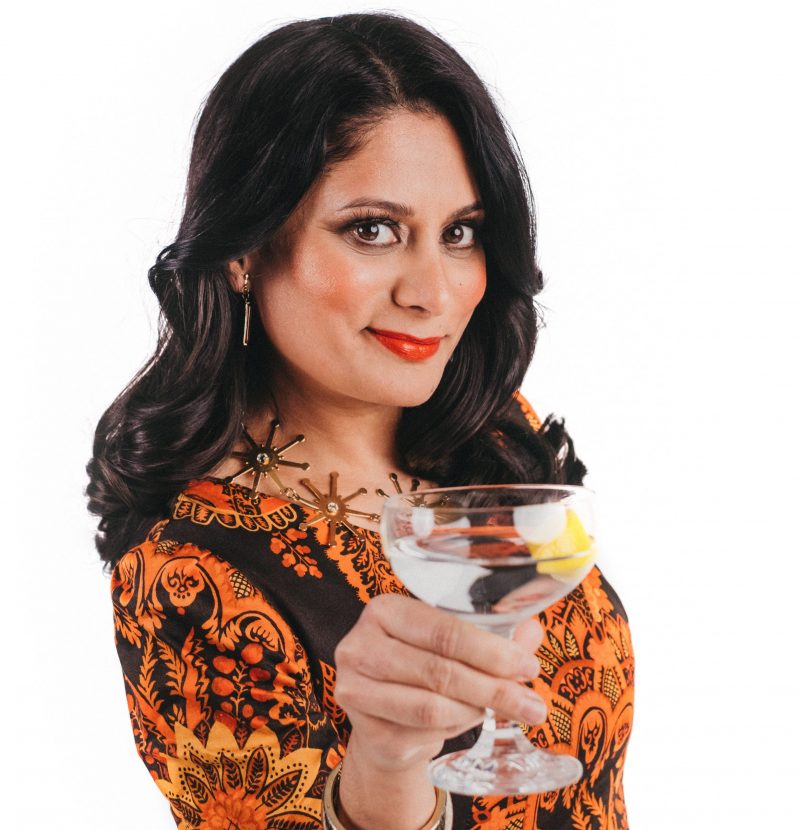 BRITISH actress Goldy Notay has played diverse roles in film and television, but she is perhaps at her best delivering a power-packed theatre performance.

She returns to the stage with a lead role in a new adaptation of acclaimed Mike Leigh theatre play Abigail’s Party. The Pravesh Kumar-directed revival of a 1970s set comedy of marriage and class is being staged at Watford Palace Theatre from next Thursday (10) until April 2. The story of a couple in suburbia hosting a party where tensions flare up and the characters’ natures get ruthlessly exposed, is set against the backdrop of an evolving Britain.

Eastern Eye caught up with the versatile actress to find out more about the play with contemporary themes and her close connection to acting.

You have done film and TV, but is it fair to say you are happiest on stage?
I think I am happiest in the throes of creation. That sounds very biblical, but I suppose theatre is my religion. It’s so tribal. It is a group of like-minded people turning wood into fire.

Tell us about Abigail’s Party and the role you play in it?
I play Beverly who is the hostess of a soiree that goes completely topsy turvy. She wants everyone to have a good time, but can be a clumsy, inappropriate communicator. But that’s what makes her fun to watch. Without revealing too much, what I can say is that the play is a beloved modern British classic, which examines social structures.

You have played a wide array of roles. How does this character compare to others you have done?
Beverly differs in that she’s part of a tried-and-tested successful play. She’s familiar to a wider audience. However, I believe it’s the first time a British Asian actress has played this role. The productions I’ve done in the past have been devised new plays, hence there is much collaboration with the writers.

What would you say is your favourite moment in the play?
There’s a terribly wonderful, awkward, clingy moment where Beverly steps into some unchartered territory with one of her guests. (Laughs) That’s all I will say.

Why do you think the play, which premiered in the 1970s, is so popular and
still so revered?
Although it was written in the 70s, it provides a glimpse into class, race, domesticity, feminism and, of course, ‘the done thing’, all of which humanity struggles with even today. I think its popularity is really a testament of good writing.

How do you approach a new character?
Lots of research. Personal flair and total consumption. I start off with my own conceptions of the character and then something magical happens in the rehearsal room, when the character starts taking over. It’s a really weird, out-of-body and back-into-the-body transfusion.

What is Pravesh Kumar like as a director?
He always finds the laughter and the light. And gosh, humanity so desperately needs that to keep functioning. We’ve worked together many times, so we have a relatable language.

Do you ever get nervous before going on stage?
Always. Nerves are an occupational hazard, I’m afraid, despite the meticulous preparation. Being on stage calls for such immense bravery, and the butterflies do flutter inside the belly. One has to keep breathing.

You have done a whole host of projects in your career, but do you have a dream role you haven’t played?
A comedy series would be a dream come true for me. Or something sci-fi or fantasy-esque where I can wear a garish costume and learn some weird alien dialect.

Do you have a favourite play you have watched as an audience?
I recently saw Life of Pi in the West End (in London). It was a magical moving feast. To see a stage filled with Asians was so heart-pumping as it’s a rarity, and I was tremendously proud.

What inspires you as an actress?
I am inspired by actors who are daring, who really put themselves out there, take great leaps and make big choices. High stakes. But in doing so, they remain generous with their fellow thespians, knowing that we are all responsible for the telling of a story. You don’t always come across such creatures, but when you do, it’s a special thing.

Finally, why should we come watch Abigail’s Party?
It’s an entertaining, fun piece about aspirational attitudes. So there will be much to discuss at the bar afterwards while drinking gin and tonics (Beverly’s favourite drink). Don’t forget the ice and lemon!