HE’S finished with Wimbledon for another year, but firebrand Nick Kyrgios isn’t done with the All England Club just yet.

The Australian force of nature said on Friday (5) he would be hanging around the ground for another few days, as he still had mates in the tournament.

Kyrgios was beaten by Rafa Nadal in the third round of the singles this week in a match accompanied by the usual dose of controversy.

There were loud complaints at time-wasting tactics by the Spaniard, a bit of umpire abuse, and an unapologetic attempt to hit Nadal with the ball.

On Friday (5) he bowed out of the mixed doubles in a far more good-natured affair.

Giggling and laughing with partner Desirae Krawczyk after their first-round loss to Marcus Daniell and Jennifer Brady, Kyrgios presented a lighter side to the world.

“I had a lot of fun. I definitely wanted to play mixed this year,” Kyrgios said. “You know, I knew that in singles, if I got a tough draw like it happened, I was just able to be around the grounds and play another match.

Despite the criticism he routinely faces, and the constant focus on his on-court behaviour, Kyrgios allowed a small glimpse of what makes him tick after being relieved of the burden of singles play.

“I didn’t want to, you know, come off like a creep when I asked her (to play mixed),” he said.

“It wasn’t creepy. I was just caught off-guard. No, he just asked a random question, ‘Do you want to play mixed at Wimby?’ I was, like, Sure, why not? Thought it would be fun,” the American said.

“He’s definitely a big name. Everyone wants to come watch him.

“It was definitely fun. I didn’t have to do much on the serves. It was great. It was a lot of fun. Thanks for playing,” she added, smiling, as the pair giggled again. 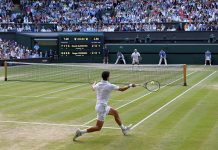 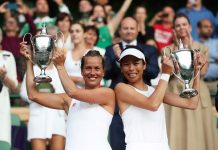 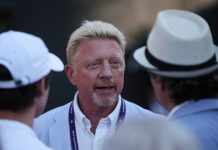