The discontent is growing inside Johnson’s own Conservative Party. 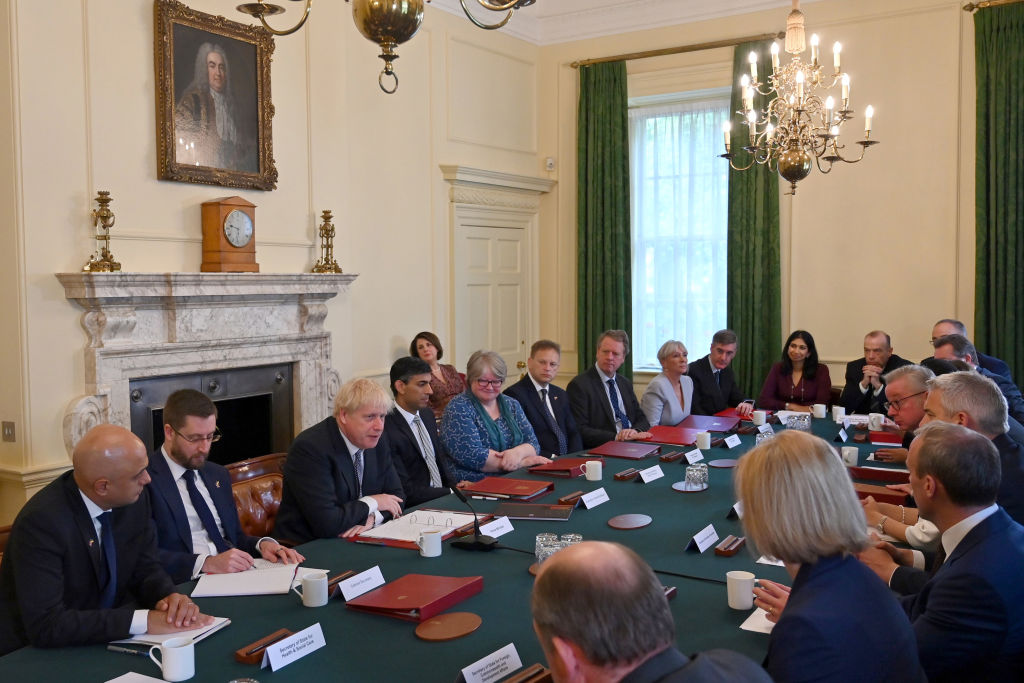 British Prime Minister Boris Johnson faces what looked to be the final blow for his premiership as two senior ministers resigned after trying to apologise for his administration’s latest scandal.

May 28, 2020 – ‘Minor’ breach of lockdown by PM adviser
British police say Johnson’s senior adviser Dominic Cummings may have breached coronavirus lockdown rules by driving 26 miles to a castle with his wife and son, though they said they would take no further action.

April 28, 2021 – Probe on apartment refurbishment
Britain’s electoral commission opens a formal investigation into the financing of the refurbishment of Johnson’s Downing Street apartment, citing grounds to suspect an offence may have been committed.

Nov. 3, 2021 – Government changes rules to save lawmaker
Johnson’s Conservatives are accused of corruption after they vote to halt Paterson’s suspension and force through an overhaul of the process of investigating lawmakers.

Nov. 4, 2021 – U-turn on Paterson
After unhappiness in his own party and newspaper headlines accusing Johnson’s administration of sleaze, the government U-turns on the plans and Paterson quits parliament.

Nov. 22, 2021 – Peppa Pig speech
After losing his place during a speech, Johnson regales business leaders with an anecdote about visiting a Peppa Pig children’s theme park, prompting some to raise concerns about his leadership.

Nov. 30, 2021 – Lockdown Christmas party report
The Mirror newspaper publishes the first of many media reports about Christmas parties in government departments, including Johnson’s Downing Street office, in December 2020, when such gatherings were banned under COVID-19 restrictions.

Dec. 7, 2021 – Video of staff joking about party
Hours after Johnson says he is satisfied no COVID rules were broken, ITV publishes a leaked video showing his staff joking about a Downing Street gathering during a mock news conference.

Dec. 8, 2021 – Johnson apologises, aide resigns
Johnson apologises for the video, saying he is furious. Allegra Stratton, most recently Johnson’s COP26 spokeswoman but his press secretary at the time of the footage, resigns.

Dec. 9, 2021 – Conservatives fined over apartment refurbishment
The Conservatives are fined 17,800 pounds ($23,500) by the electoral watchdog for failing to accurately report a donation that helped fund a luxury refurbishment of Johnson’s official residence.

Dec. 17, 2021 – Lead investigator steps down
Britain’s top civil servant, Simon Case, steps down from leading an investigation into the alleged parties after it emerges an event was held in his own office. Senior civil servant Sue Gray takes over the inquiry.

Dec. 19, 2021 – Garden party photo published
The Guardian newspaper publishes a photograph of Johnson and more than a dozen others drinking wine in the Downing Street garden that it said was taken during lockdown on May 15, 2020.

Broadcaster ITV say the senior aide who organised the event signed off an invitation email “bring your own booze”. Read full story

Jan. 14, 2022 – PM apologises to Buckingham Palace
Johnson’s office apologises to Queen Elizabeth after it emerged staff partied in Downing Street on the eve of her husband Prince Philip’s funeral in April 2021, when mixing indoors was banned.

Jan. 24, 2022 – Report of Johnson birthday gathering
ITV says up to 30 people attended a June 2020 event at which Johnson was presented with a cake while his wife led staff in singing ‘Happy Birthday’. Johnson’s office confirm staff gathered briefly after a meeting but dispute it was a party.

Jan. 25, 2022 – Police investigation
Police say they are investigating lockdown events that took place in Downing Street and other government departments after receiving information from Gray’s inquiry.

Jan. 31, 2022 – Gray publishes initial findings
Gray publishes a limited report, curtailed by the ongoing police investigation. It condemns some of the behaviour in government as “difficult to justify” and says some of the events should not have taken place. Johnson says sorry.

Feb. 3, 2022 – Johnson clarifies remarks about Savile
Following calls from opponents and some of his Conservatives to withdraw his Savile remarks, Johnson says he wants to clarify them. His head of policy quits, saying the Savile barb was a “scurrilous accusation”.

Feb. 7, 2022 – Starmer hounded by protesters
Starmer is confronted by angry protesters, some of whom reference Savile, prompting fresh pressure on Johnson to withdraw his claim.

July 5, 2022 – Accusations of lying about minister
A former top Foreign Office official accuses Johnson’s office of lying over whether the prime minister knew about sexual misconduct complaints against Pincher.