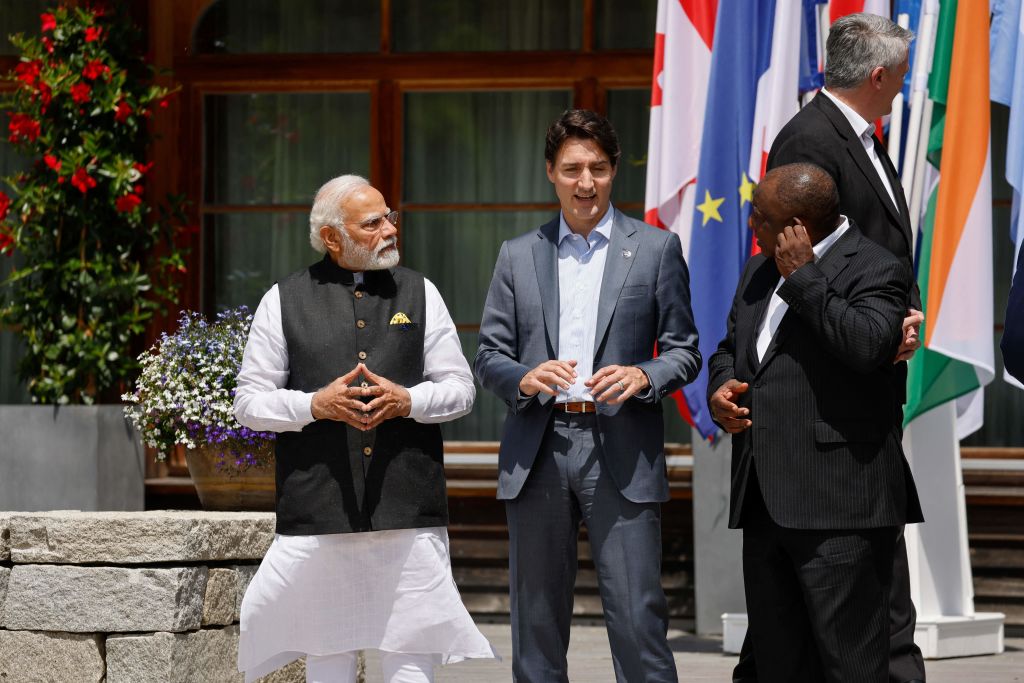 For foreign dignitaries, Prime Minister Narendra Modi has often chosen gifts that showcase India’s rich cultural and artistic traditions, and it was no different this time as he picked a variety of products for the heads of governments at the G7 Summit.

It was distinct artistic products identified with different regions of Uttar Pradesh and other states which featured heavily in his choices, with the US president receiving Gulabi Meenakari, a GI-tagged artform of Varanasi, cufflink set and brooch and the German chancellor getting a metal marodi-carving matka, considered a masterpiece from Moradabad, official sources said on Tuesday.

Modi gifted black pottery pieces, which are from Nizamabad in Uttar Pradesh, to Japan’s prime minister and a platinum-painted tea set with work done by hand to his British counterpart, they said.

He gifted ittar (perfume derived from natural sources) bottles in zardozi box, crafted in Lucknow, to the French president and marble inlay, roots in Agra, tabletop to the Italian prime minister.

Noting that the tradition of hand-weaving is passed down from mother to daughter in Senegal, sources said Modi chose moong baskets and cotton durries (heavy run) for the country’s president. The practice is considered a vehicle for cultural expression and family livelihood driven by strong women, the sources said, adding the products have origin in UP’s Prayagraj, Sultanpur and Amethi districts.

With Ramayana tradition an enduring part of Indonesian culture, Modi gifted lacquerware “Ram Durbar” to its president. The GI-tagged lacquerware art form has its roots in the temple town of Varanasi, which is incidentally the constituency Modi represents in the Lok Sabha

The prime minister gifted a hand-knotted silk carpet, a signature product from Kashmir, to his Canadian counterpart, the sources said.

Dokra arts with Ramayana and Nandi themes were his gifts of choice for the South African and Argentinian presidents, respectively.

Dokra Art is a non-ferrous metal casting art using the lost-wax casting technique, and it has been in India for over 4,000 years, they said, adding both products are from Chhattisgarh.

Modi on Tuesday left for the UAE after attending a productive G7 Summit in Germany and interacting with several world leaders.

Sharing details of these different artworks, official sources noted that in Gulabi Meenakari, a piece of pure silver is moulded into a base form and the chosen design is embossed on the metal. The embossed shapes are then filled with great dexterity with crushed meena glass mixed with an intriguing natural anardana (pomegranate seeds) glue. This is then fired to transform into a translucent coloured patch.

What distinguishes it from other meenakari is the layer of white meena which acts as an opaque canvas for hand-painted motifs, they said, adding that they primarily use the colour pink (Gulabi), which lends its name to the craft.

The cufflinks were prepared for US President Joe Biden with a matching brooch for his wife, the sources said.

The ittar-carrying zari zardozi box has been hand embroidered on khadi silk and satin tissue in colours of the French flag, they said.