Five rings up in Tokyo sky as competition gets underway 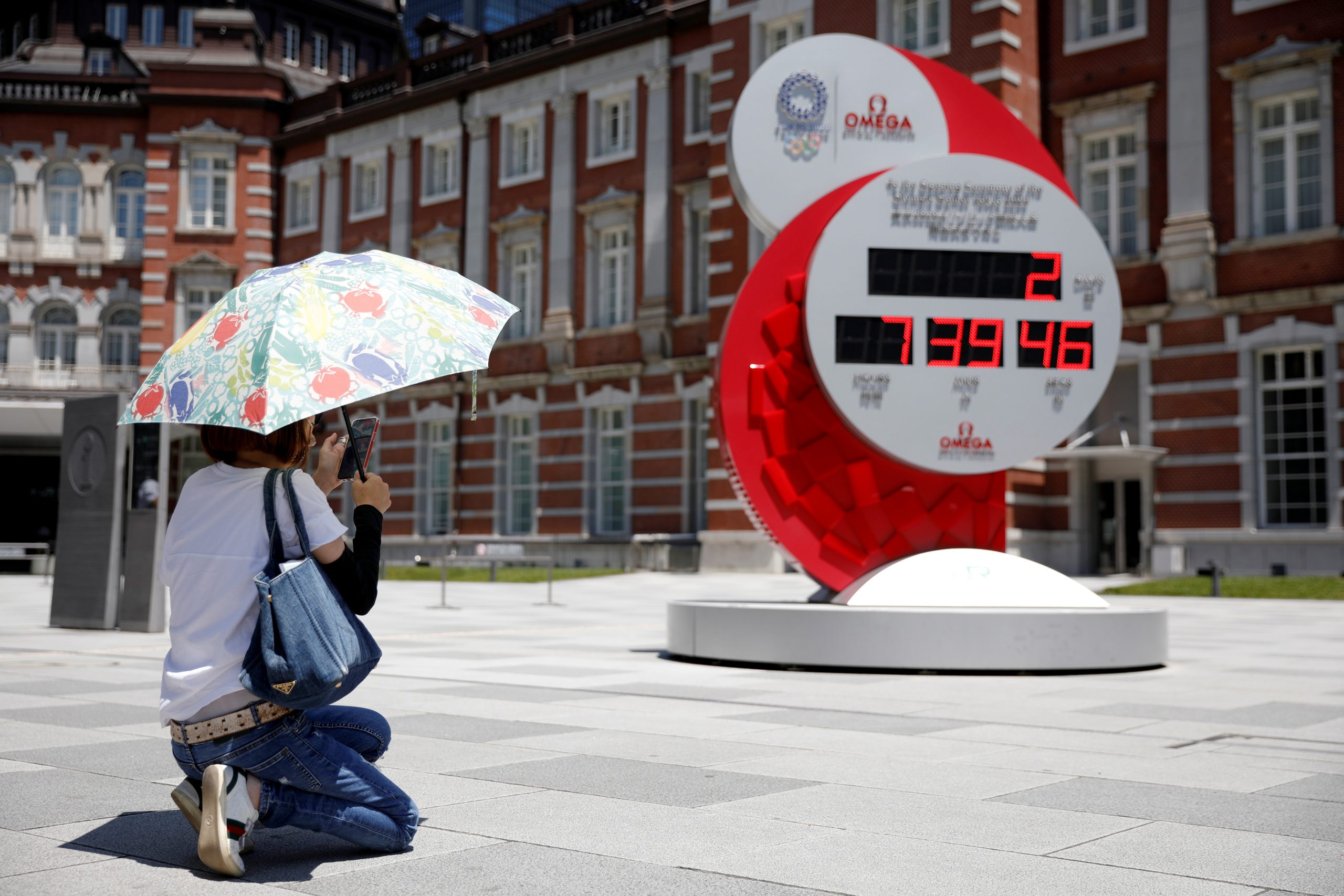 JAPANESE pilots drew the five Olympic rings over Tokyo on Wednesday (21) in a practice flight ahead of a similar manoeuvre which is scheduled for later this week to mark the official start of the Tokyo Games, a rare festivity surrounding the Covid 19-hit Olympics.

The Japanese air force’s aerobatic demonstration squadron, Blue Impulse, flew over the capital shortly after noon and drew the Olympic symbol with white smoke near the national stadium, with people on the ground waving and taking photos.

“The sky is blue today so I was able to clearly see the five white contrails, so it was exhilarating,” said Noriko Hoshino, a 44-year-old office worker.

The opening ceremony is slated for Friday (23) evening, but the softball and football competitions are already underway.

On Friday (23), the rings will bear the original colours of blue, yellow, black, green and red, an official at the Air Self-Defence Force said.

The Blue Impulse first drew the interlocking rings over central Tokyo as part of the opening ceremony of the 1964 Olympics in the city.

For many in Japan, the Olympic symbol, drawn in a clear, autumn sky with precision, was one of the most memorable moments from the sporting event held to show the world the country’s recovery from World War II.