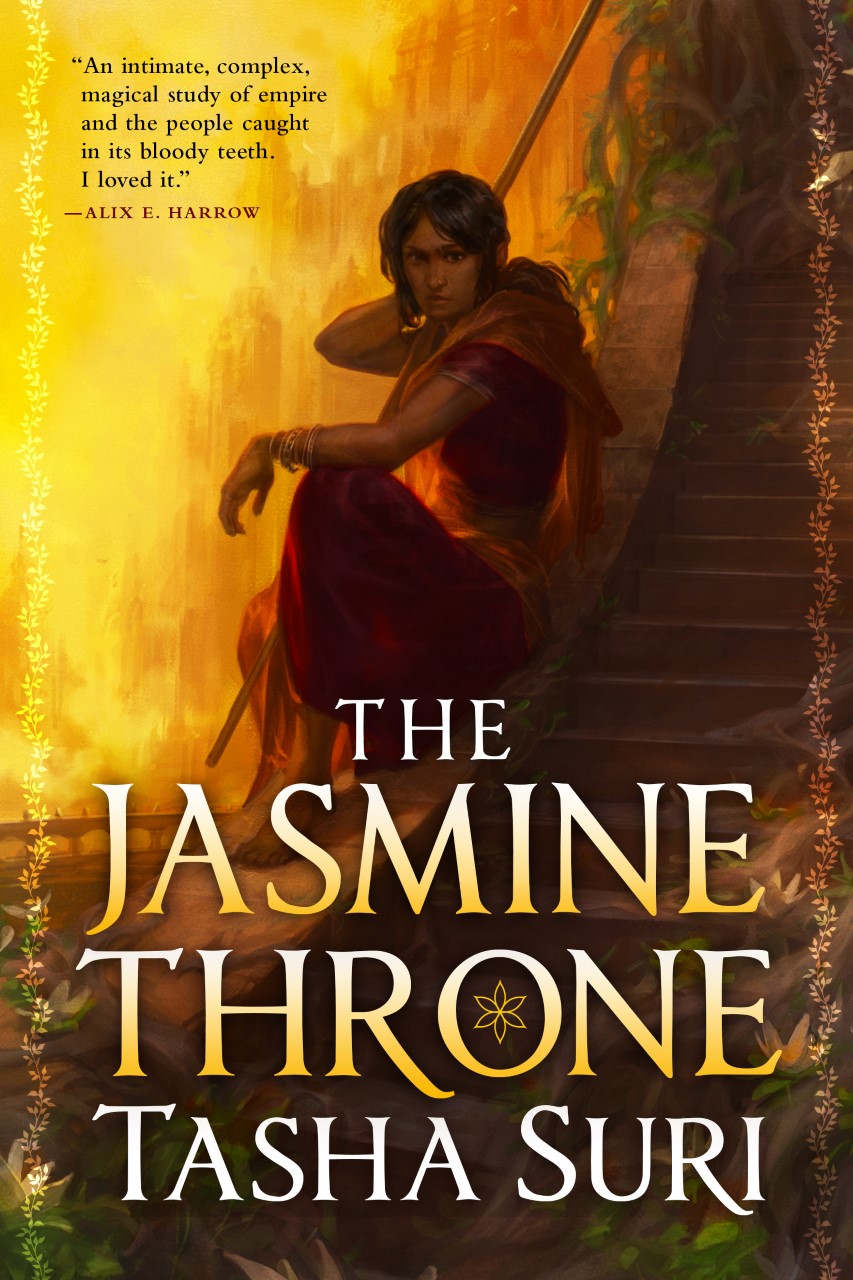 WHILE the record-breaking success of the two blockbuster Baahubali movies has ignited interest in Indian fantasy epics on the big screen, author Tasha Suri is blazing a trail for the genre in the literary world.

She has followed up her Mughal-India inspired debut fantasy novel Empire Of Sand with newly published epic, The Jasmine Throne. The fiercely feminist story revolves around a long-imprisoned princess, Malini, who gets a ray of hope when she accidentally finds out that her maidservant, Priya, is in possession of mystical hidden powers. They set out on a journey to transform an empire and take revenge. Along the way, they come across challenges and form an unexpected bond.

The first part of the Burning Kingdoms trilogy is an epic story that combines opulent history with a larger-than-life magical fantasy world. At the heart of this huge colourful canvas are two morally grey characters, who are fiercely unapologetic and will do whatever it takes to achieve their objectives. Tasha Suri skilfully paints a believable world that draws the reader in and takes them on an adventurous quest.

The story is scattered with beauty, violence, and many surprises. Suri injects fascinating threads into an Indian historical novel that is rarely seen, and that uniqueness makes this book one of the most special of the year. She cleverly tells a compelling tale while delivering an observation of human behaviour. And this combination makes the characters striking, leaving an impact on the reader.

The fresh and accessible writing style flows throughout the book making it an easy read. Although the beginning is a little slow, it is actually the perfect setup for an exciting second half. Some may find it perhaps slightly long, but those who get caught up in the story will appreciate how much the author delivers.

The voices of the characters could have been a little more distinctive. If subsequent books in the Burning Kingdom series are like The Jasmine Throne, then it will undoubtedly be a special trilogy.