FAITH groups have supported the Church of England’s first-ever digital commandments to combat abuse and fake news on social media.

The church has drawn up a “digital charter” based on five Christian values, including not sharing sexually explicit, threatening or racist posts, speaking to others online as you would in person and being aware of child safety when sharing information.

The Hindu Council UK has backed the idea and is meeting this month to discuss a similar move on “governance and social media”.

“Our festivals are shared manifold times through social media and it adds to positive awareness and cohesion.

“However, it’s important to keep in mind the basic tenets of our faith of communicating with our social media friends and also the same respect we accord to our friends and family. Just because they are not physically standing in front of us when we would otherwise be civil, it’s easy to storm out with hurtful words on social media.

“These words can cause hurt and pain to others just as much as in the non-virtual real world. When tweeting, always reflect on using ‘civil’ words for your arguments. If another person is abusive, then draw back.”

The other 10 Church of England guidelines include remembering that posts can remain online forever and checking the accuracy of anything users share online.

People will be asked to post a link on social media to say that they pledge to abide by them, the archbishop of Canterbury, Justin Welby, said.

He added: “Social media has transformed the way we live our lives. Each time we interact online, we have the opportunity either to add to currents of cynicism and abuse, or to choose instead to share light and grace.”

Harmander Singh, spokesman for the Sikhs in England think-tank and chairman of the Metropolitan Police Sikh Forum, has also supported the idea.

He told Eastern Eye: “It would be useful as some Sikhs tend to slag each other off all the time and don’t hold back. For example, if you write something on Twitter, it is still subject to libel laws. Many people don’t know that.

“The Church of England’s guidance is a good idea and wise. Treat human beings as equal, be kind and humble and plead with people rather than dictate, which we call namrata.

“All Sikh institutions are autonomous. They have their own intrepretions on what is normal and unacceptable. But they can give voluntary guidelines about what is good practice,
although there is a fine line between good practice and what is patronising.” 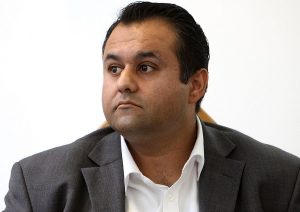 Fiyaz Mughal is the founder of the Faith Matters Charity and Tell Mama, a service which
monitors anti-Muslim abuse.

He said: “The church’s social media guidelines are extremely helpful. They also ensure
some discipline in speaking about matters that the church is working on.

“It also shows social maturity in an age when mistakes can be used to browbeat some
communities. I would urge other communities to reflect on this excellent step forward by
the church.”