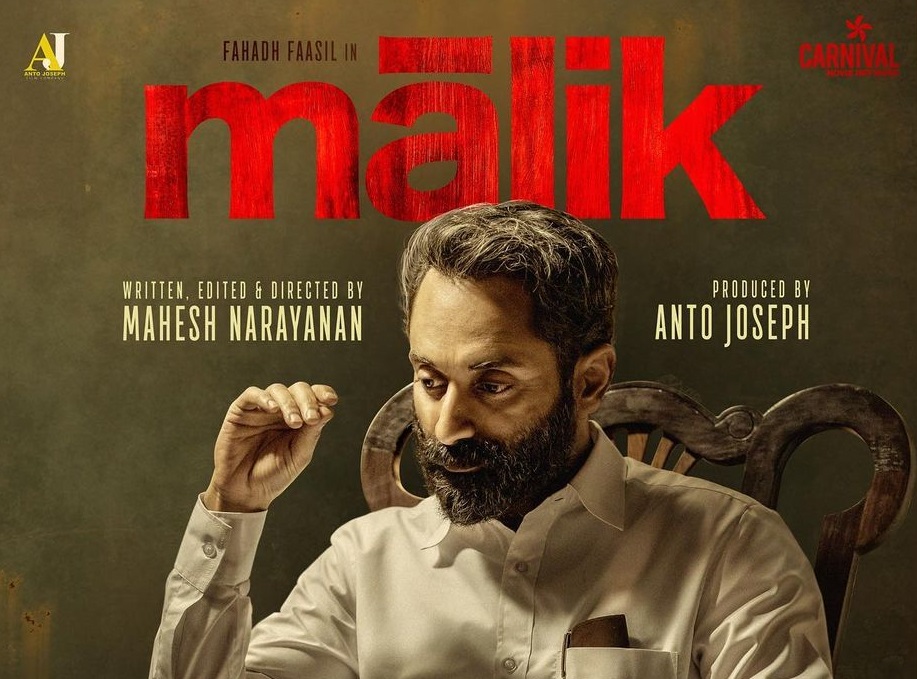 Fahadh Faasil starrer Malik is undoubtedly one of the most awaited Malayalam films of the year. The movie was supposed to release in theatres, but a few days ago, the film’s producer Anto Joseph had announced that the movie will be getting an OTT release.

Well, Faasil recently shared a long note on Facebook, opening about the OTT release of Malik. He wrote, “With a heavy heart, the director, the producer, all the technicians and rest of us cast have opted for an OTT release for our very ambitious project, Malik. Each and everyone associated with Malik has put in over a years time to bring this project together. Unlike my recent OTT releases which were planned for home viewing right from the beginning, Malik was designed for a theatrical experience and it was the only film I had ready when theatres would open to 100%.”

“The decision has been collective and I personally request everyone to see it in the best interest of the film. In all honesty I cannot wait for the theatres to regain normalcy but today every individual is fighting to regain normalcy in their respective space. At this point all that I can take responsibility is for an absolute fresh theatrical experience when I see you all in theatres next,” he further wrote.

Directed by Mahesh Narayanan, Malik also stars Nimisha Sajayan and Joju George. It is Mahesh and Fahadh’s second film together. Earlier, the two had worked together in the 2020 release C U Soon.