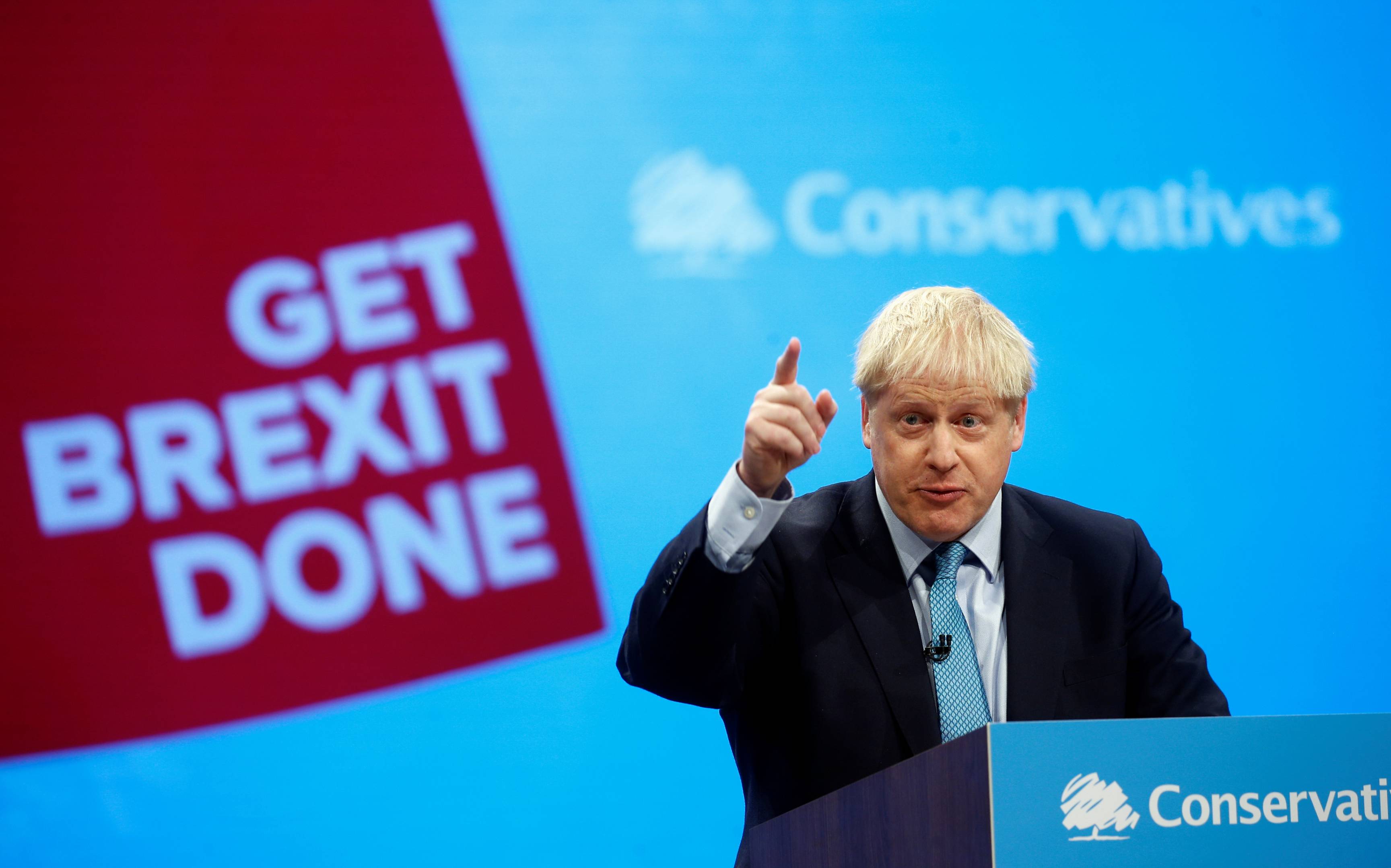 LEADING Asian business leaders have collectively written a letter to Eastern Eye pledging their support for Boris Johnson, saying that the Conservative party’s manifesto “respects the needs of business to provide jobs and generate growth for the economy”.

Ahead of the general election next Thursday (12), a group of more than 100 business personalities have given their backing for the prime minister “in the interest of safeguarding the businesses in the UK”.

Among those who have signed the letter are Jasminder Singh (Edwardian Hotels), Sukhpal Ahluwalia (Dominvs Group), Surinder Arora (Arora Group), Lord Zameer Choudrey (Bestway), Kamlesh and Sailesh Thakrar, Lord Rami Ranger (Sunmark) and Bharat Shah (Sigma Pharmaceuticals). Together, they represent a range of sectors such as hotels, hospitality, pharmaceuticals and the wholesale industry.

Hotelier Arora told Eastern Eye: “The UK needs to move forwards, in terms of both Brexit and the wider economy.

“The risk to the economy from Labour’s proposed tax rises would stifle business, as well as re-opening negotiations with the EU causing further uncertainty.

“Now that there a Brexit deal on the table and a manifesto which respects the needs of business to provide jobs and generate growth for the economy, a Conservative government is the way forward for the country at this time.”

Sailesh Thakrar who old their family business, HKS Group, said: “The support for the Conservative party led by Boris Johnson is based on the fact that as a UK businessman (I feel that) the party will continue to work for and help UK businesses; this will then naturally help the wider UK society.

“Additionally, we believe that as the public have voted for Brexit, it needs to be completed and this can only be carried out by the Conservatives.”

Their extraordinary show of support comes as a poll on Tuesday (3) showed the Conservatives increased their lead over the main opposition Labour party in the past week to 12 points. The Kantar poll put support for the Conservatives at 44 per cent, up one point from a week earlier, while Labour was unchanged on 32 per cent.

Johnson, who took over a minority administration in July, missed his first Brexit deadline of October 31 due to opposition in parliament. If the Conservatives win what will be the third election in four years next month, Johnson has vowed to put his Brexit deal to MPs before Christmas. He hopes to rush it through in time for Britain to leave the EU on the next deadline of January 31.

“We can get the whole thing completed in a matter of days if not weeks, and we’re out by January 31,” the Conservative leader said last month as he launched the party’s election manifesto.

Labour, however, has promised a new referendum on Brexit, and although leader Jeremy Corbyn said he would be neutral, many of his top team have said they would campaign to stay in the EU.

The Liberal Democrats are opposed to the UK leaving the European Union and want to revoke Article 50.

In their letter to Eastern Eye, the group of business leaders said, “The Conservatives believe in the value of businesses to create wealth for the nation.

“A Conservative majority Government can guarantee to end the gridlock uncertainty and allow us to finally leave the EU. This will instil confidence in British businesses like ourselves to continue to invest in Britain and allow this country to focus on other pressing priorities such as investing in our NHS, schools and police force.

“The Conservatives are committed to making the UK the best place in the world to set up, grow and run a business by keeping taxes low, expanding free trade and investing in new infrastructure, with a clear strategy to help British businesses export and trade abroad.

“In contrast we are deeply concerned by Labour’s anti-capitalist and business stance, threatening to put corporation tax up to 26 per cent, putting businesses off from coming to the UK.”

Both parties have made huge spending pledges; Labour has outlined a programme of public investment and nationalisations, while the Tories have also promised to end a decade of austerity.

In their manifesto, the Tories have promised tax cuts for low- and middle-income workers, initially saving 31 million people around £100 a year. Johnson also pledged that income tax, national insurance tax and sales tax would not rise under a new Conservative government.
The threshold for starting to pay national insurance will rise to £9,500, with the “ultimate ambition” to increase it to £12,500.

India is said to be among the countries with whom the UK wants to so trade deals after Britain leaves the EU.

“The Conservative manifesto pledges to support trade with some of the world’s most dynamic economies such as India, with which we already share deep historical and cultural connections.

“The use of export finance to increase our businesses’ access to emerging markets and engage diaspora communities in the UK will also help further this agenda.”

Last month, data from the Electoral Commission showed that the Conservatives attracted the majority of big donations to political parties since the general election was called. The Tories received £5.7 million in the week after November 6 – representing 87 per cent of donations over £7,500.

Labour received £218,500 in big donations during the seven-day period, while the Liberal Democrats garnered £275,000 and eurosceptic Nigel Farage’s Brexit Party got £250,000.

If they come to power, Labour has promised a £400 billion investment fund for public services, training and infrastructure, funded by significant borrowing as well as some tax rises.

Labour also said it will increase income tax for the top five per cent of earners, while ending the relief for sales tax (VAT) on private schools.

Recent cuts to corporation tax will be reversed, with a new rate of 26 per cent introduced by 2022.

A new tax would be introduced on multinational firms such as Google and Amazon.
Labour also proposed that workers make up one-third of a company’s board membership, while large firms must eventually transfer 10 per cent of shares for an employee fund.

The party would introduce a 32-hour working week within a decade, increase and extend the national minimum wage and give public sector workers an immediate five per cent pay rise.

Immigration was one of the key issues in the June 2016 EU referendum, and the Conservatives want to end free movement of people and control the number of migrants arriving in the UK with a points system based on Australia’s model.

Labour said it would reverse the Conservatives’ clampdown on illegal migrants and establish a “humane immigration system”, more open to refugees. The party would also introduce a visa system for non-EU migrants to address UK shortages in labour and skills and, if Brexit goes ahead, negotiate a new form of free movement with EU countries.

Party leader Corbyn told Eastern Eye in London on Tuesday (3) that a Labour government would “invest for the future of the UK”.

In a direct response to the letter, Corbyn promised businesses they would have more opportunities to “develop their economy and their society in business” under his government.

Corbyn also pledged to improve the infrastructure across the country, as well as promoting a green industrial revolution aiming to bring jobs to the “areas of the country that don’t have any at the moment”.

He said Labour had “consistently battled against discrimination and racism” in the sector and beyond.

“I will enjoy working with those communities and all those businessmen as well.”