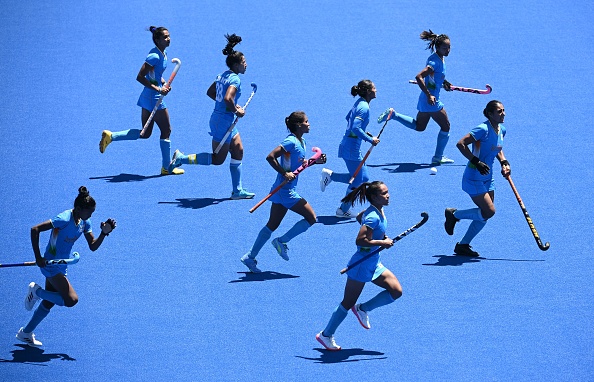 AS MILLIONS of Indians cheered their country’s sports stars performances at the recently concluded Olympics, some of the players and their families endured abuse because they were from lower castes and the so-called “untouchables”.

India’s hockey captain Rani Rampal last weekend criticised the “shameful” racist abuse of a team member’s family who was targeted with threats at their home in Uttarakhand state in the north.

“They burst crackers, danced in mock celebrations, and hurled caste abuse at her family saying the team lost because it has “too many dalit (untouchable) players,” one media report said.

Local police arrested a couple of men, one among them is a national-level hockey player.

“It’s such a bad thing,” Rampal said. “We put our life and soul into it, struggle and sacrifice so much to represent our country and when we see what is happening – what happened to Vandana (Katariya)’s family – I just want to say to people please stop this religious division and casteism.”

Katariya, whose family is dalit, scored the first Olympic hat-trick by an Indian woman in a 4-3 victory over South Africa on the league stage.

A day after the incident at her family home, she said her family “are going through a very tough time” and noted that the abuse had tarnished the sporting achievement.

No politician, government agency or sports body has yet commented on the casteist slurs against the hockey star. Sports Authority of India was reached out but is yet to comment on the matter.

Most popular Bollywood and social media stars, otherwise known for being active during the peak of the Black Lives Matter protests, have also been silent over this issue closer home.

“Forget government or sports authorities, even sportspersons haven’t spoken on the Vandana Katariya and not condemned the act. Everyone needs to condemn it, big or small,” sports analyst and popular YouTuber Gurkirat Singh Gill told Eastern Eye.

Dalits comprise more than 16 per cent of the Indian population, but their representation in sports is proportionately less than that figure.

Mission Ambedkar, a group working against caste oppression in India, has written to the International Olympic Committee (IOC) to “pass a condemnation notice” over the caste-based abuse.

A letter to @Olympics committee to pass a condemnation notice to the Government of India and Hockey Team for their silence on caste discrimination with Oly star Vandana Katariya. @iocmedia #CrushTheCaste pic.twitter.com/wMYEmpdAjw

Some social media users drew a comparison between the caste attack on Katariya and racist comments targeted at black footballers in the England team after it lost in the Euro 2020 finals.

However, the English players received messages of support from the general public, as well as the UK prime minister, top politicians and sports organisations – unlike the silence in India.

Although the caste system in India was formally abolished in 1948 and negative discrimination on the basis of caste is banned by law, it appears to be on people’s minds more than achievements down to merit and hard work.

Such is India’s obsession with the caste that internet searches relating to the caste of female Indian players – such as badminton champion PV Sindhu and boxer Lovlina  Borgohain – have increased during the Olympics.

A recent analysis by Google trends showed that Indians are more interested in the players’ caste and religion rather than their talent or achievements.

On the day badminton player Sindhu, the only Indian woman to have won back-to-back Olympic medals, won her bronze in Tokyo, the number of people searching for her caste on the internet increased manifold, suggesting that internet users were more interested in her caste rather than who Sindhu defeated or by how she won the game.

“This shows the desperation of society about caste. A dalit person – to make their name in sports – have to fight the battle both on and off the field,” Shaleen Mitra, who campaigns for equality in society and is an Indian government official working with the Ministry of Health, told Eastern Eye..

“And the result is very few people from the dalit community make it into sports,” he said. “Things become tougher if it’s a female sportsperson; first there is misogyny, and then hatred towards their caste.”

Indian boxer and Tokyo Olympic bronze medal-winner Borgohain made news – not for her accomplishments, but her faith.

A similar trend was observed in 2018 when Indian sprinter athlete Hima Das won the gold medal in the IAAF World U20 Championships in 2018.

“(The) Encircling of Vandana’s house is, metaphorically, encircling the republic,” Prasad said.

Mitra claimed the silence from sports and government authorities is “because these bodies are run by highly influential people of the upper level of the caste system”.

“This has been the case for centuries. When we see political organisations, we find the same structure. To take any measure for preventing casteism in sports, it needs empathy towards the affected people and a lot of will, which we know lacks in the whole system,” Mitra told Eastern Eye.

He explained how a dalit sportsperson has to deal with a “plethora of challenges” and they have to be “twice as good as any upper-class player” to make a mark.

“A dalit person – to make their name in sports – have to fight the battle both on and off the field. And the result of all this is that very few people from the dalit community make it into sports,” he said.