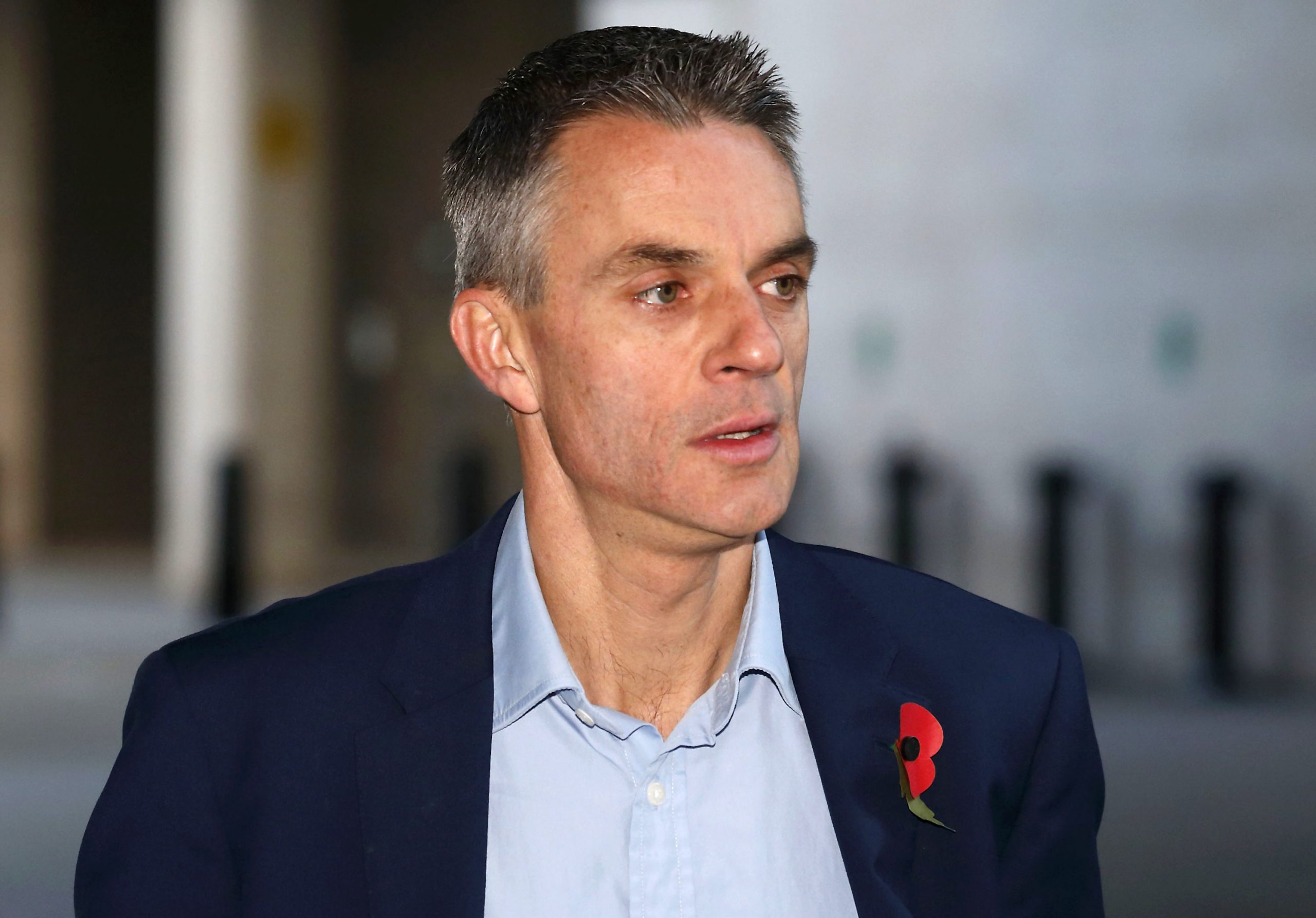 SOUTH ASIAN staff have told Eastern Eye their boss is in denial about the extent of racism in the BBC.

The director general, Tim Davie, appeared before MPs on Tuesday (29) for a marathon session about the organisation he leads.

It follows three reports by Eastern Eye and evidence sent to the digital, culture, media and sport (DCMS) committee, outlining a catalogue of racist experiences endured by black and Asian staff.

His answer angered several south Asian employees who contacted Eastern Eye. “He’s trying to brush the problem under the carpet in the hope no one will notice, and it’ll go away,” said one. “Everyone is terrified to speak out because it’s career suicide. What you’ve been reporting is true. They only want compliant ethnics who do what they’re told and toe the corporate line.”

Another added, “What do you expect? The Met (police) denied they were institutionally racist for years before they admitted it, and the BBC are exactly the same. They don’t want to admit what’s staring them in the face. Shame on them.”

Since Eastern Eye published its first exposé last month, current and former BBC staff have contacted the paper. Few defended the organisation against accusations that it was systemically, structurally and institutionally racist.

Eastern Eye revealed in September (2 and 9) that racism  is not only hidden and insidious, but also rife, with staff being diagnosed with clinical depression and suspec­ted post-traumatic stress disorder.

MPs have said they are demanding a public inquiry into the BBC, and that pressure has not gone away.

“There does need to be a full independent and judge-led inquiry into whether the BBC is systemically, structurally and institutionally racist,” said Apsana Begum, Labour MP for Poplar and Limehouse.

“We see all sorts of inquiries which are not fully independent, and we don’t want a whitewash inquiry. They should be made aware of all your investigations and review the work your newspaper has done.”

We can reveal that black and Asian staff are now compiling their own dossiers of evidence to present to managers.

At the request of employees, Eastern Eye also provided the committee with testimonies from whistleblowers.

One case involved excessive workloads during lockdown even though the staff member asked for time to look after their young child.

“I’m speaking out because the leadership team in my division have created a non-inclusive culture over many years,” they said. “They have delved into my records, something they have never done for white people and asked what I was like to work with.

“They have hired in their own image over and over again and have marginalised, undermined and mistrusted people who are different to them in the workplace. I have no idea why I was singled out for this kind of treatment which caused me huge distress.”

The BBC maintains that last year, 86 people complained about bullying and harassment. The corporation does not publish details to protect anonymity, but confirmed that those related to racism were a tiny minority.

One senior south Asian employee was scathing. “This is utter BS,” they said, “I’m so glad I’m leaving, I can’t stand it anymore. They don’t have a clue how we feel and they don’t know what to do, apart from deny, deny, deny.”

Eastern Eye can reveal that senior managers are worried by the claims and are trying to reassure black and Asian employees that they are listening to their concerns. One described bosses as “running around like headless chickens not knowing what to do to contain the anger”.

In an email seen by Eastern Eye, the head of BBC World News, Liz Gibbons, wrote, “Thanks to everyone who joined the two listening sessions we have held so far for BAME employees of World News.

“They powerfully illustrated how much better we need to do, as an organisation and as a department, to make our workforce truly diverse at all levels, and to strengthen our journalism on issues relating to race and ethnicity.

“I want to thank everyone who took part for their honesty, thoughtfulness and courage. As I said to everyone who was on the second call, the killing of George Floyd and everything that’s happened since has prompted a great deal of soul-searching. That is long overdue.”

The email said the director of the news, Fran Unsworth, “has made various commitments which will apply across the News division”.

“It’s taken them long enough to admit there’s a problem,” said one current member of staff, who is not part of BBC World News. “It’s not just this department, it’s pan-BBC. Look, I’ve been at the same grade for the past 20 years.

“What’s bad is when I joined the network, I was on a higher grade, and I took a demotion because it was a chance to work on nationals. Then I saw white people, younger, less experienced, who didn’t work as hard or produce as much being promoted over me. I was always told ‘next time’. But it hasn’t happened yet.”

Davie told the DCMS select committee MPs that he had told staff that he had set “aggressive targets”.

“Too aggressive for some, by the way, and these things are going to change not from high speeches. They’re going to be changed by really granular work at every layer of the organisation. What group of people do we have? What hires do we want to make? And that’s what we’ve got to get at. We’ve got to get that work done, and we’ll be judged on it.”

All the black and south Asian staff who spoke to Eastern Eye were sceptical.

One said, “When Greg Dyke was director general, he admitted the BBC was hideously white, and I thought we finally have a leader who got it and change was on the way. That was 20 years ago and, apart from more lip service, little has really changed. We remain fearful for our jobs if we speak out of turn.”

Davie acknowledged to MPs that the BBC faced a big challenge.

“We now are an organisation with over 15 per cent B [black], A [Asian] and ME [minority ethnic], which is reasonable progress. But the biggest problem is leadership, in terms of making sure we’re seeing B, A and ME leaders in the organisation. We’re currently at 12 per cent, but that number, if I’m being very honest, is slightly kind to us, because at the top of the organisation, in terms of some of the key decision-making bodies in the BBC, we haven’t had enough representation.”

The figures are not encouraging. The BBC aggregates its leadership numbers across a wide range of bands (E, F and SL or senior leadership).

The corporation set itself a target of 15 per cent by 2020. For the past three years, its annual reports show it has missed it.

“The DG’s [director-general] biggest mistake is that he says he wants 20 per cent but he hasn’t set a date,” said one veteran staffer. “I tell you this, there is no way, in 100 years, we’ll see those numbers. No way, because if we haven’t done it now, after 20 years of chat and initiatives, we aren’t going to do it in the next 20. Mark my words, we’ll be here again.”

Meanwhile, BBC Asian Network staff have revealed to Eastern Eye that their bosses fear for the future of the station.

They point to the new DG as being the same person who failed in attempts to shut the station a decade ago.

“Back in 2010, Davie tried to shut us down,” said one insider. “He’s all about value for money, and he didn’t think then that we were worth saving. Had it not been for Asian MPs, like Keith Vaz (Labour, former Leicester East), we would have been for the chop.”

At the time, Davie was the director of audio and music.

Another BBC staffer said, “In his first speech to us, the DG used the same words he did then, delivering best value for licence fee payers. Anyway, our bosses are telling us to prepare for the worst.”

“We’re absolutely terrified because shutting us down will save £10 million straight away,” said a source. “In a recent Zoom call, our boss told us that we should apply for voluntary redundancy. I couldn’t believe what I was hearing.

“What sort of way is that to reassure us? We’re already under pressure. We’ve mortgages to pay, kids to feed, and here’s one of their brightest and best telling us that we’re better off leaving. What’s the point of staying loyal to this bunch?”

Another said, “We’ve always had white bosses who’ve used the station as a stepping stone. That’s how they see us. They don’t care, they just want to tick a box about managing people and then go off.

“For the past six years, their ‘strategy’ has been to chase younger Asian kids, and our numbers are dropping. They don’t get it. Why should 15- and 25-year olds listen to us when they don’t identify with our output at all?”

South Asian MPs are also concerned. Labour’s Birmingham Edgbaston MP, Preet Kaur Gill said, “As a station which provides a unique platform and representation for British Asians that the other stations simply do not offer, the reasoning behind any proposed cuts or closures must be made public, along with an explanation of the negative impact it would have on the many diverse communities which rely on the station and its output.”

It is a view echoed by the Manchester Gorton MP, Labour’s Afzal Khan.

“Having heard testimonies from BBC staff first-hand, I found it disappointing to learn that institutional racism still exists. The UK is home to over four million British Asians and the BBC Asian Network provides an important platform for them, updating listeners with relevant news and culture.”

In response, a BBC spokesperson told Eastern Eye, “There are no plans to close the Asian Network.”

But that will not dampen concern among the station’s journalists.

One pointed out, “Since lockdown our two-15-minute news programmes have come from Radio 1’s Newsbeat, and no- one is telling us anything. We’ve heard rumours that they’re not coming back, and none of our bosses will talk about it.

“This is another kick in the teeth for us Asians because what do Newsbeat know about our communities? At the height of Covid, it took them ages to talk about the larger number of Asians dying, more than white people.”

Labour MP Begum called on the BBC to be open and transparent about the future of the Asian Network.

“If the leadership of the BBC can’t address that, we are talking about a crisis in an institution that’s supposed to represent the country’s diversity. “When they aren’t represented in leadership, the risk is that in this current climate these sort of staff groups will be the first to be let go, especially in the Asian communities.

“The Asian communities look to see whether the BBC reflects them, and the BBC has a responsibility to accurately portray them. You can’t do that if you don’t value your Asian staff, further entrenching the gaps between the BBC and the communities.”