Exclusive: Asian medics on the frontline are still dying 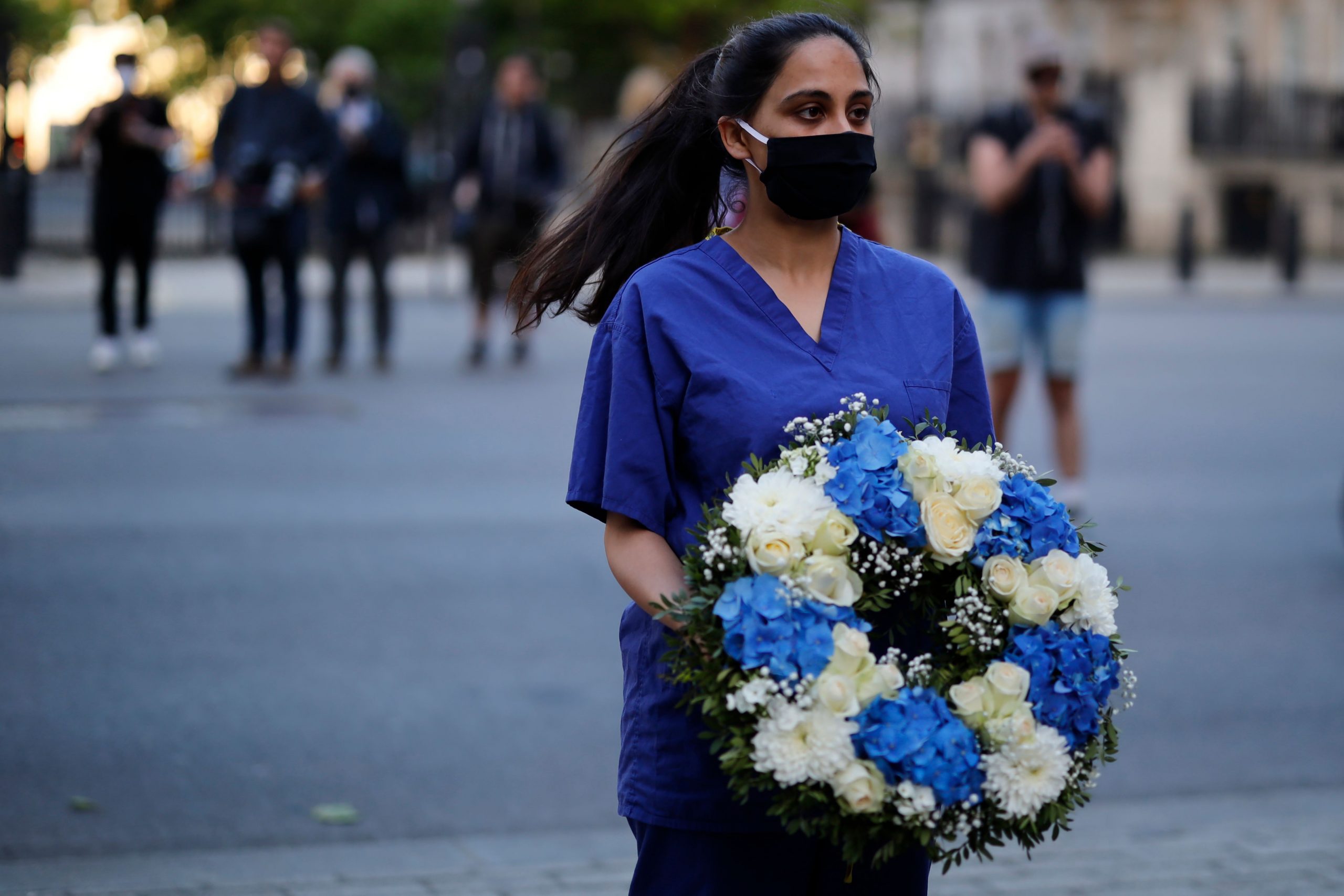 SIXTEEN of the 17 doctors who died during the time it took Public Health England to carry out its review into the disproportionate number of Asian and black people dying from coronavirus were BAME, Eastern Eye has learnt.

The British Medical Association (BMA), the doctors’ union, also fears more medics will perish needlessly be­cause of the government’s “utter failure of leadership” in tackling the pandemic. The review began on April 16 and a re­port was published last Tuesday (2).

“Our records show that at least 17 doctors that we know about died be­tween those dates, and all but one are BAME,” said a BMA spokesman. “This is part of a list we are collating but it is by no means an exhaustive or definitive list so numbers could be higher.”

Senior doctors described the PHE re­view report as a “whitewash”, “complete waste of time” and “an opportunity missed” after it failed to make any recom­mendations. It has also emerged that sections concerning structural racism in the NHS were left out of the final report.

The doctors’ union has been tracking the opinions of its members every fort­night for the past two months.

“You have to make sure that people are protected with the right equipment and that links to structural and cultural workplace factors.

“Doctors from a BAME background – and that applies for other healthcare workers – do not feel as able to raise concerns because of historic cultural inequalities,” Dr Nagpaul said.

“We have a 24-hours-a-day helpline for people to call us. But even then, I’ve heard people are afraid to speak out, even with the backing of their trade un­ion. But that needs to stop because this is about issues of health and death.”

According to NHS England, about 3,700 Asian and black people have died from Covid-19 up until the review was published last week.

The PHE review highlighted that ethnic minorities had between a 10 per cent and 50 per cent higher risk of death when com­pared to white Britons.

“I was quite disappointed with the review because a lot of the things that came out of it, we already knew,” said Dr Samara Afzal, a GP at Limes Medical Centre in Stourbridge and the Urgent Care Centre at Russell’s Hall Hospital. She works in an inner-city surgery with a lot of deprived patients, many of whom are south Asians.

“I’ve had patients call and they’re petri­fied of leaving their house, because in the news, it says they’re up to 50 per cent more likely to die. Yet no one could make the ef­fort to contact every hospital, every trust and say, all we need from these clinical notes is for someone to go through them, scrutinise them, pick up all the comorbidities, pick up the occupation, and put it all together.”

Dr Kailash Chand, honorary vice presi­dent of the BMA said, from the very begin­ning he had no faith in the PHE review.

“This pandemic is the mother of all the pandemics since the Spanish Flu in 1918. If Covid is a book, and when the chapter (is written) about Britain, I think the headline would be ‘a total and utter failure of the leadership’. It is a shame that we haven’t learned anything.”

The president of British Association of Physicians of Indian Origin (BAPIO), Dr Ramesh Mehta, said his members told him they spent 90 per cent of their time with coronavirus patients compared to white colleagues who came into contact for the remaining 10 per cent.

“We have had two surveys with 2,000 doctors replying. Only 20 per cent had ap­propriate PPE. This is miserable. The worst was there were 64 doctors who say they were bullied and harassed to go in the front­line without proper equipment. So, our doctors are quite upset, and, of course, there is fear.”

The panel urged the government to carry out proper risk assessments and make this an immediate requirement. “I was expect­ing really some sort of risk calculator to get some sort of score for each person and de­cide what PPE is needed with one step up for BAME doctors and nurses,” suggested Dr Afzal.

“For example, a Bangladeshi taxi driver would score quite highly with rules for shielding. I’m sure there would be a lot of BAME healthcare workers, who are older, have comorbidities, who would actually fall into a shielding category and not be out on the front line and risking their lives.”

In its terms of reference published on May 5, the Department of Health and Social Care said the review would:

This was another example of missed op­portunities, said the chair of the BMA. Dr Nagpaul criticised the failure to collect data on every single healthcare worker who con­tracted the virus. He said the BMA called for notes to be recorded on their job role, how much front facing Covid work they had done, their comorbidities, and whether they had any concerns about personal pro­tection equipment (PPE).

“It would have given us information on whether people felt they were pressurised,” said Dr Nagpaul. “We hear lots of anec­dotes, 50 per cent of doctors from our BMA surveys tell us they’re not even aware they’re entitled to a risk assessment. That is why last week I wrote to 160,000 doctors saying that they have a right to be risk as­sessed. They have a right not to be put in harm’s way.

“A higher portion of BAME doctors who have had a risk assessment feel dissatisfied with it. I think this is because the risk assess­ments are at the moment variable. There is no edict from the top as to what needs to be done, which assessment needs to be em­ployed, and what happens thereafter.”

The panel was also concerned that the government has now handed responsibility of a second review to the equalities minis­ter, Kemi Badenoch, rather than the De­partment of Health and Social Care. In the Commons last week in urgent questions, Badenoch did not acknowledge that struc­tural racism impacted on Covid-19. She said the PHE did not make recommenda­tions because some of the necessary data was not routinely collected.

“The whole response from the govern­ment so far has been absolutely shambolic,” claimed Dr Mehta. “There is no consisten­cy. They keep on saying that this is the sci­entific advice, but I’m not sure whether they’re following the scientific advice. It’s all political decisions.”

The panel was united in calling on the review team to recommend that health trusts be forced to carry out proper risk as­sessments using a risk calculator.

“We had replies from these trust that said, yes, your solutions are correct, and that’s what we are going to do,” said Dr Me­tha from BAPIO. “But what we hear in the feedback from our members, is that that’s what is not happening. We are going to go one step up now and our recommendation is that for all the frontline BAME healthcare workers, especially the doctors who are treating Covid patients, should have up­grade equipment.”

The BMA’s chair wants the review to go further. Dr Nagpaul said, “We need to make sure the leaders in those organisations properly value, the contribution of the BAME healthcare workforce and give them the fair opportunity to be part of the NHS. And, actually, to have the humility to know that without the BAME workforce, this na­tion just wouldn’t have a health service.”