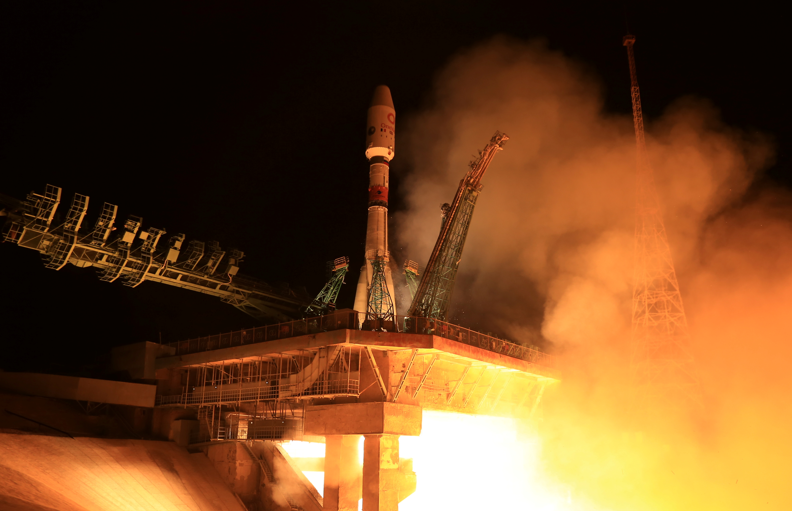 A Soyuz-2.1b rocket booster with a Fregat upper stage and satellites of British firm OneWeb blasts off from a launchpad at the Baikonur Cosmodrome, Kazakhstan September 14, 2021. (Roscosmos/Handout via REUTERS)

Expected to be completed by the year-end, the transaction makes Eutelsat the second-largest shareholder in OneWeb behind India’s Bharti Enterprises which has a 30 per cent stake. The UK government also holds a minority stake in it.

“Eutelsat Communications has exercised a call option on a portion of the latest OneWeb funding round subscribed by Bharti, for a consideration of $165 million, taking its shareholding from 17.6 per cent to 22.9 per cent,” the Paris-headquartered company said in a statement on Wednesday (6).

Eutelsat’s investment of £121m for the 5.3 per cent stake means OneWeb is now valued at $3.11 billion (£2.29bn), a significant turnaround after its rescue from bankruptcy.

The capital infusion comes about a week ahead of OneWeb’s launch of the next round of satellites from Vostochny cosmodrome in Russia slated for October 14 as the company plans to start partial service by the end of the year.

OneWeb sent 34 satellites into orbit from Kazakhstan last month, expanding its in-orbit constellation to 322 satellites. However, the number is dwarfed by rival American operator Starlink whose constellation consists of more than 1600 satellites as of mid-2021.

Eutelsat said since its initial investment of $500m (£368m), OneWeb “has gained significant traction, both operationally, with a 100 per cent launch success rate leading to nearly half of the constellation now in orbit, and commercially, with numerous distribution partnerships secured ahead of its partial entry into service, which remains on track for end-2021”.

Eutelsat’s chief executive officer Rodolphe Belmer said, “The significant progress it has made in the run-up to its now imminent entry into service, together with the vote of confidence demonstrated by the commitment of both its investors and future customers, makes us even more convinced of OneWeb’s right-to-win in the low earth orbit (LEO) constellation segment.”