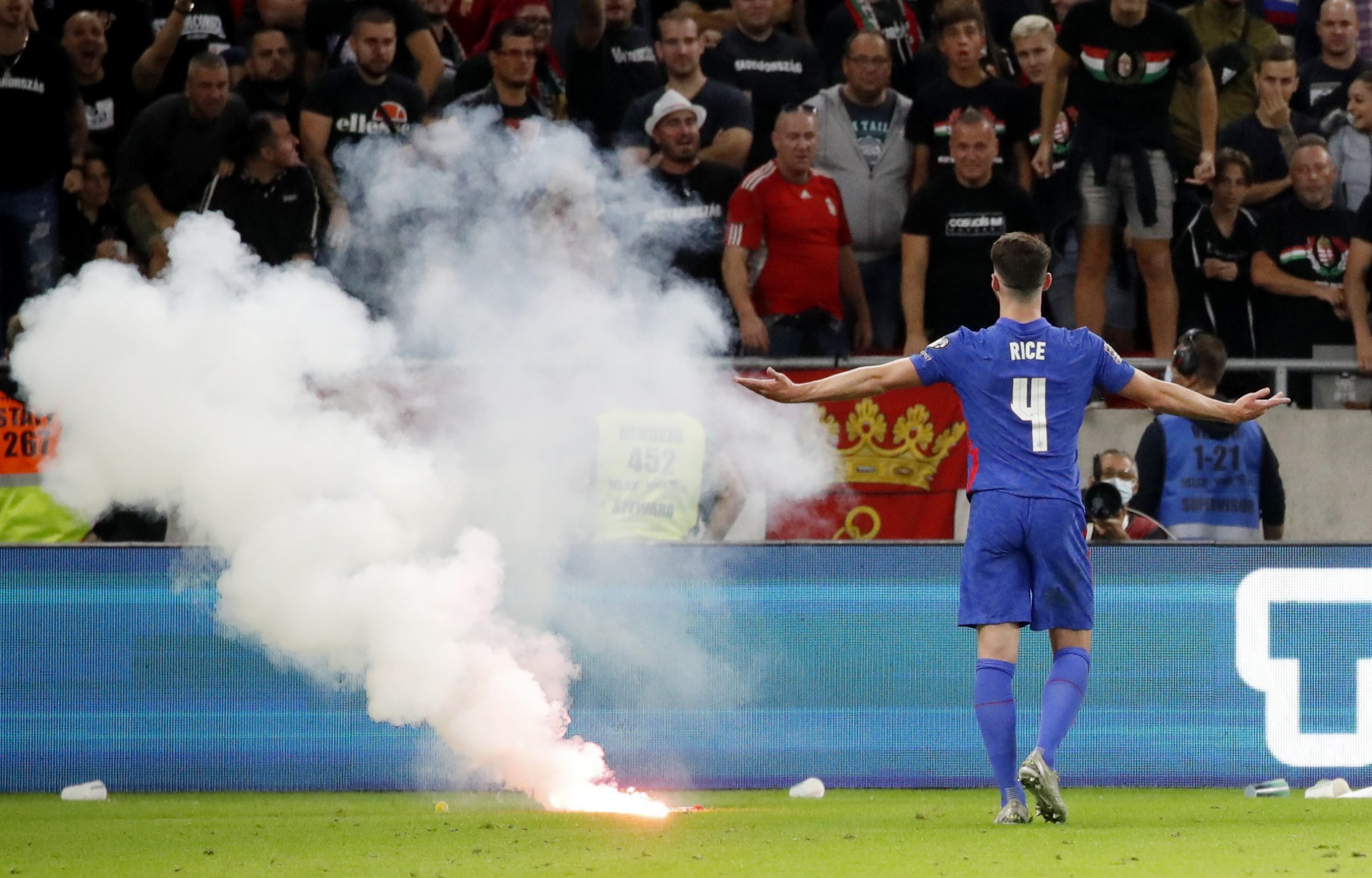 England’s Declan Rice reacts after a flare is thrown on to the pitch by Hungary fans after Harry Maguire scored their third goal. (REUTERS/Leonhard Foeger)

ENGLAND players were targeted with racial abuse by some Hungary supporters during World Cup qualifier in Budapest on Thursday (2), British broadcasters reported.

England players took the knee in an anti-racist gesture before the game and were loudly booed at the Puskas Arena.

Sterling was then pelted with plastic cups by fans after he scored the opening goal in the second half and celebrated by the corner flag near to Hungary’s hardcore ‘ultras’ fans.

England manager Gareth Southgate said he was not aware of the racist incidents during the game but reiterated the team’s stance on racism.

“I can only go off what you are telling me and if that is the case then we know it is unacceptable,” he told Sky Sports.

“We weren’t conscious of it on the side and I don’t know whether the players on the pitch were but I think everyone knows what we have talked about for two or three years,” he said.

“They know what we stand for as a team and we have to hope that we can continue to eradicate racism from not only football but life in general.”

Johnson urged football’s world governing body FIFA “to take strong action against those responsible to ensure that this kind of disgraceful behaviour is eradicated from the game for good” on his official Twitter account.

England defender John Stones was one of several England players who said they had not heard the racist noises.

“Personally I didn’t hear it, but was told about it after. It’s so sad to think about that this happens at our games,” he said.

“I hope UEFA or whoever needs to take care of it does. We stand together as a team and did do before the game and we will continue fighting for what we believe in as a team and what we think is right.”

Hungary were punished by European soccer governing body UEFA after incidents involving homophobia and racism at Euro 2020 games. They must play their next two UEFA matches behind closed doors. Thursday’s (2) game was officially in a FIFA competition.

“It is extremely disappointing to hear reports of discriminatory actions towards some of our England players, “an FA spokesperson said on twitter.

“We will be asking FIFA to investigate the matter. We continue to support the players and staff in our collective determination to highlight and tackle discrimination in all its forms.”

A leader of English football’s main anti-racism campaign, Kick It Out, called for Hungary to be banned from international tournaments.

“For me, it should be elimination from the tournaments now,” said Troy Townsend.

“We can’t keep doing this – two games, one suspended – enough is enough now if we really are going to take a strong stance against racism and discrimination. Unfortunately it should be at the cost of them playing in major tournaments.” 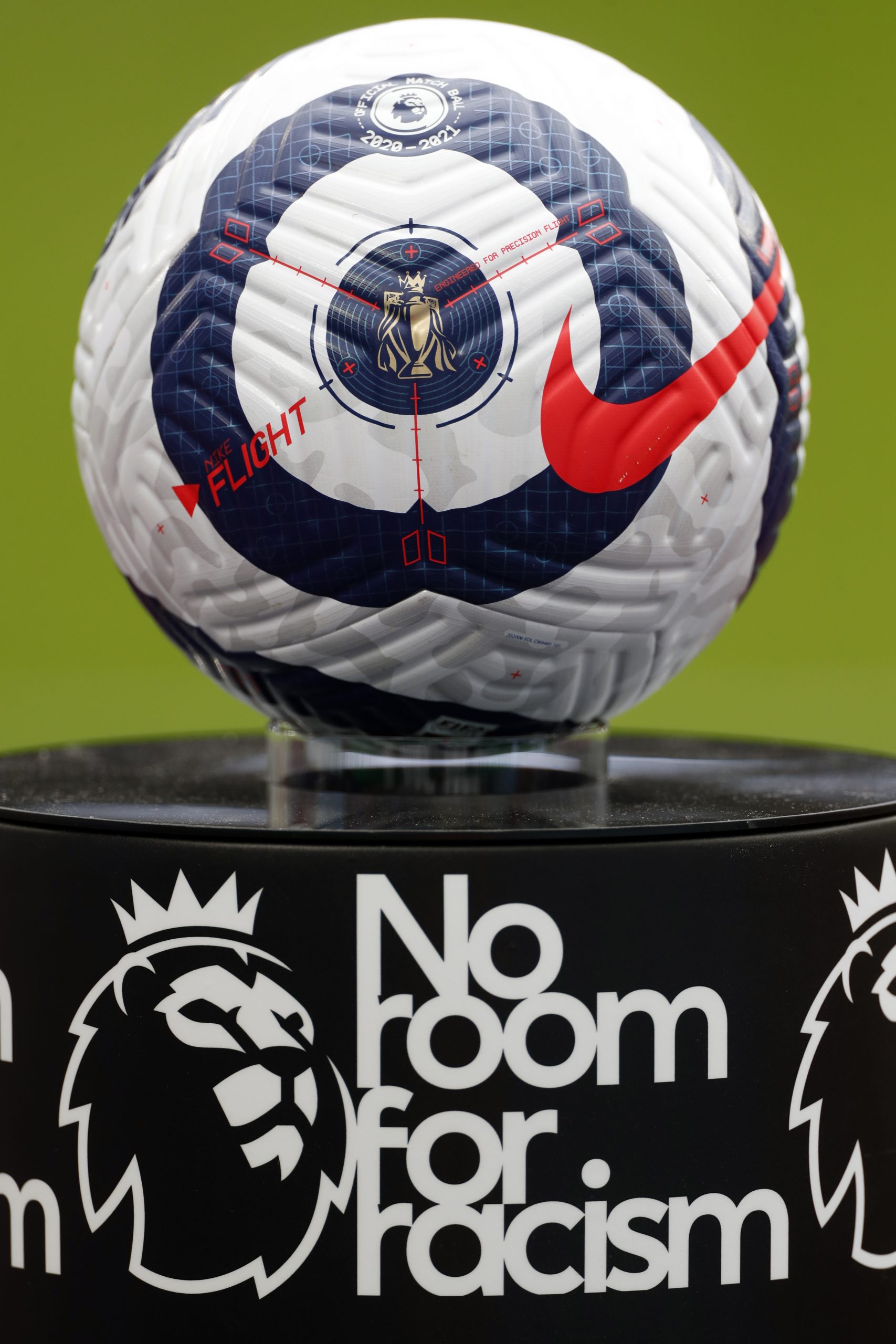