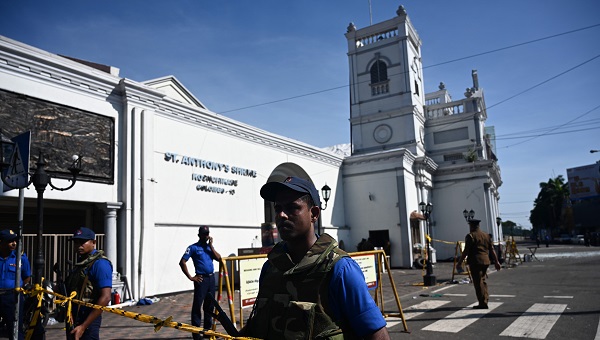 THE number of British nationals who killed following the deadly Easter Sunday (21) attacks in Sri Lanka has climbed to eight.

At least eight UK citizens including two with joint US citizenship were killed in the island nation following the series brutal attacks, media reports said today (22).

Sri Lankan authorities believe that 36 foreign citizens were among the dead.

However, the officials are yet to identify the most of the bodies of the foreign nationals who killed in the attacks.

The death toll from the bomb blasts that ripped through churches and luxury hotels in the island nation climbed to 290 on Monday (22), Sri Lankan authorities confirmed.

Over 500 people were injured in the Easter Sunday assault.

Suicide attackers hit three high-end hotels, and three churches, unleashing the slaughter in the country’s capital city, Colombo and beyond.

Two additional blasts were occurred as the security officers conducted raids to arrest the suspects.

There was no immediate claim of responsibility for the attacks. However, the local police said that as many as 24 people have been arrested so far.