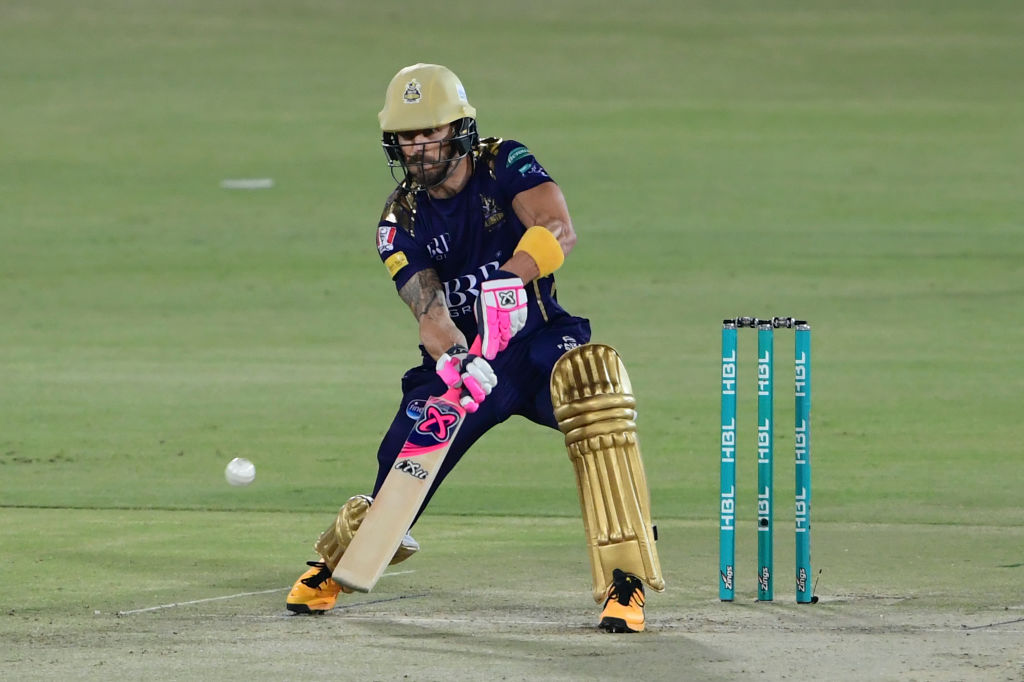 SOUTH AFRICA batsman Faf du Plessis said he suffered some memory loss after suffering a concussion during a Pakistan Super League (PSL) T20 match in Abu Dhabi on Saturday (12) but is confident of making a quick return to action.

Du Plessis collided with Quetta Gladiators teammate Mohammad Hasnain while trying to save a boundary in their 61-run defeat to Peshawar Zalmi.

The 36-year-old lay prone on the ground while the Gladiators physio attended on him before he got up and was taken to hospital.

“Thank you everyone for all the messages of support,” du Plessis tweeted on Sunday (13).

“I’m back at the hotel recovering. Have concussion with some memory loss but I will be fine. Hopefully be back on the field soon.”

The Gladiators also had to use a concussion substitute in their previous match when West Indies allrounder Andre Russell was hit on his helmet by a Mohammad Musa bouncer in the match against Islamabad United.

Russell was checked over by a physio and was allowed to bat on but was out in the very next ball. He was taken to hospital, with Naseem Shah playing as a concussion substitute.

Quetta play Lahore Qalandars in their next match on Tuesday (15).