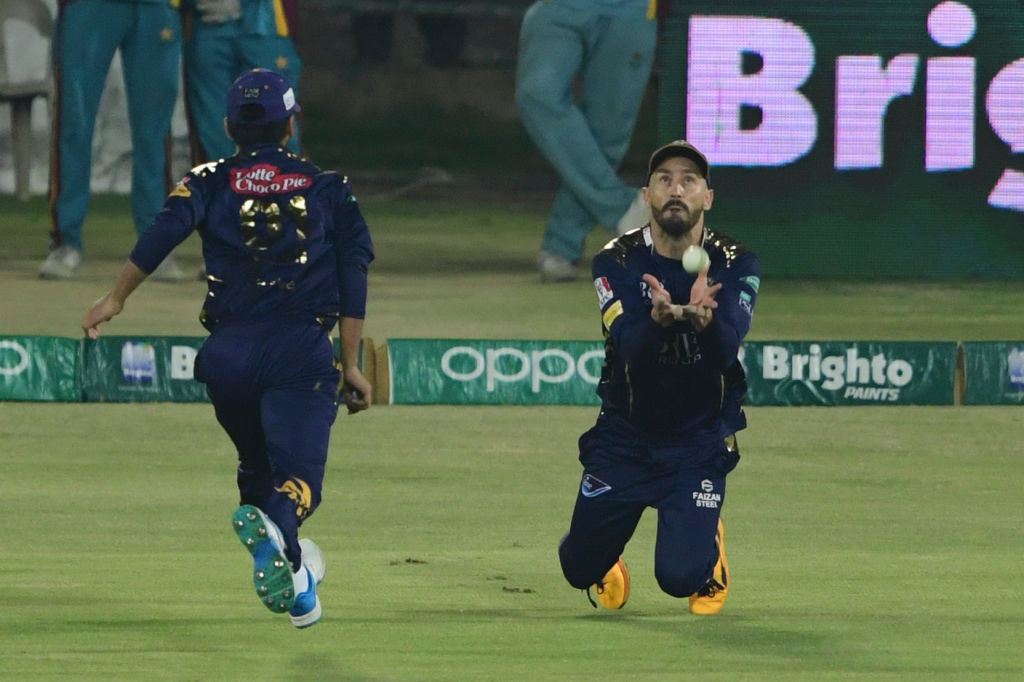 FORMER South Africa captain Faf du Plessis, who suffered a concussion during a Pakistan Super League (PSL) match in Abu Dhabi has been ruled out of the remaining matches of the T20 tournament.

Du Plessis suffered the concussion following a nasty collision with his Quetta Gladiators teammate Mohammad Hasnain while trying to save a boundary during their PSL match against Peshawar Zalmi on Sunday (13).

He will be flying home to South Africa, ESPNcricinfo reported.

Following the freak accident, the South Africa batting star lay prone on the ground for a few minutes while the team physio attended to him.

Du Plessis, 36, eventually got on his feet and walked back to the team dugout before being taken to hospital for scans.

He later tweeted the same day that he was back from the hospital and “recovering”.

“Thank you everyone for all the messages of support. I’m back at the hotel recovering. Have concussion with some memory loss but I will be fine. Hopefully, be back on the field soon. Much love,” du Plessis had tweeted.

Du Plessis was playing his second game of the PSL upon its resumption. He had scored five runs against Islamabad United as the Gladiators lost the match by 10 wickets.

Before the resumption of PSL, du Plessis was playing in the 2021 edition of the Indian Premier League (IPL) where he scored 320 runs from seven matches, including four consecutive half-centuries, his form helping Chennai Super Kings to a strong position on the points table.

The lucrative league was suspended due to the Covid-19 pandemic.