The versatile filmmaker started his career with the 1990 hit “Ghayal”, starring Sunny Deol, and delivered both commercial and critical hits such as “Damini”, “Andaz Apna Apna”, “Ghatak”, “China Gate”, “Lajja”, “The Legend of Bhagat Singh” and “Khakee”. 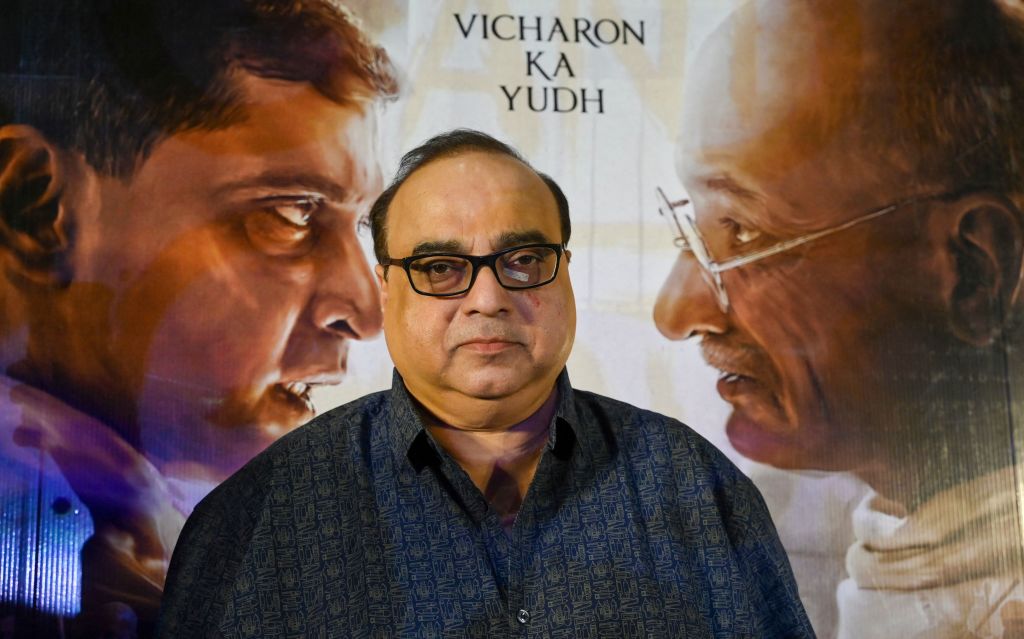 Filmmaker Rajkumar Santoshi says as a storyteller he would never cash in on the trending genres and would rather go by his instincts.

The director, whose filmography features beloved movies such as “Andaz Apna Apna”, “Ghayal” and “Ajab Prem Ki Ghazab Kahani”, said he believes in trying his hand at something new with every film.

“I don’t make films based on the flavour of the season. Like if comedies, remakes or sequels are working, then I wouldn’t make them. I made every film different, whatever inspires me at that moment I do it,” Santoshi told PTI in an interview.

The versatile filmmaker started his career with the 1990 hit “Ghayal”, starring Sunny Deol, and delivered both commercial and critical hits such as “Damini”, “Andaz Apna Apna”, “Ghatak”, “China Gate”, “Lajja”, “The Legend of Bhagat Singh” and “Khakee”.

With his latest feature “Gandhi Godse: Ek Yudh”, he makes a return to the movies after a gap of 10 years. His last directorial was Shahid Kapoor-starrer “Phata Poster Nikhla Hero”, which had a dull run at the box office.

Filmmaking today has become a business because of the corporate studio system, Santoshi said.

“I have never made a film thinking of a star and then worked on a story that pleases the star. What happened after ‘Phata Poster Nikla Hero’ is that a corporation had come in and they would tell me (to) write a story for this particular star,” the 66-year-old writer-director said.

“The situation is the same and that’s why I took a backseat. For seven-eight years I was not active because the genuine makers have vanished. People are rejecting films as the content is not good,” he added.

With his films, Santoshi said he has always tried to present the reality of life. He gave examples of his films “Ghayal”, “Ghatak” and “Damini”, and said the movies stand for seeking justice, being fearless and the status of women in society.

“I have not made big money. But one thing I took care of in my films are women. I make sure they are respected, we don’t have double meaning dialogues or vulgar scenes or movements in the song. I don’t use abusive language either. I don’t want to cause discomfort to audiences,” he added.

His latest movie “Gandhi Godse: Ek Yudh” depicts a war of ideologies between Mahatma Gandhi and his assassin Nathuram Godse.

Santoshi said he started developing the story before the coronavirus pandemic hit India in early March 2020.

He sought inspiration from noted author and playwright Asghar Wajahat’s play ‘[email protected]’, read books on Gandhi and some written material on Godse, including his statement in the court.

“Whatever Gandhi and Godse speak in the film, it stems from their own thoughts. We have not adulterated it, nor have we taken any sides. We have been impartial.

“The idea was to let them talk about their ideology, argue, debate and in that process the cinegoers will understand both of them,” the director said.

But before landing in theatres, the movie has already courted controversy over claims by certain sections that it glorify’s Godse.

Santoshi urges people opposing his film to watch the movie before criticising it.

“You want to criticize (looking) at the trailer, burn the theatres or burn the effigies? In the trailer, you can’t see the entire film. It is an unfortunate situation in our country,” he said.

“Gandhi Godse: Ek Yudh” is set to release on January 26.

Post its release, Santoshi will begin shooting for his next feature, titled “Lahore 1947”. For the partition drama, based on the play “Jisne Lahore Nahi Dekha”, the filmmaker will reunite with his frequent collaborator Sunny Deol.

“It talks about communal harmony and it is against violence. I believe Sunny has a great role and we hope people will admire him,” he said.

Santoshi also revealed that he plans to make a comedy on the lines of his classic 1994 movie “Andaz Apna Apna”.

“I don’t make remakes and sequels. It is a fresh idea but in the same genre, musical comedy,” he said.