FTA is now in its fourth phase of negotiations. 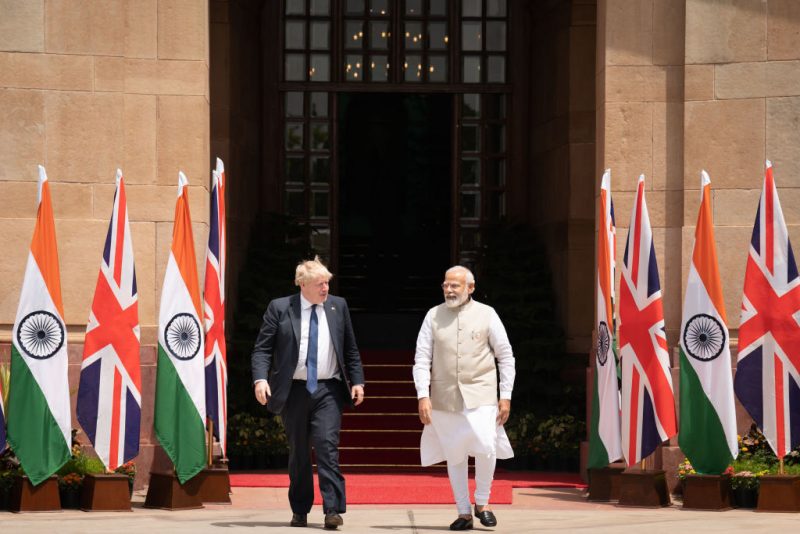 It is always good to have a deadline to work towards while negotiating a free trade agreement (FTA) but the Diwali target set for the India-UK FTA by the outgoing British Prime Minister Boris Johnson does not have to be set in stone, according to strategic and industry experts here.

At the end of a week of monumental political turmoil which ended with Johnson announcing his resignation to make way for a new Prime Minister in a few months’ time, the inevitable focus has been on what this means for India-UK bilateral ties generally and the historic FTA now in its fourth phase of negotiations more specifically.

While there is general consensus that there is unlikely to be any significant shift in foreign policy stance under a new Conservative Party incumbent at 10 Downing Street, a delay of a few months to the October deadline for the conclusion of a draft FTA may well be on the cards.

“India did some very quick deals with the UAE and Australia, in less than 90 days, but those are much lighter in content and comprehensiveness than what we are planning with the UK-India FTA,” said Confederation of British Industry (CBI) President Lord Karan Bilimoria, who heads up the UK-India Industry Taskforce as a joint commission to enhance cross-industry collaboration on the ongoing trade negotiations.

“I would much rather have a more comprehensive deal that takes slightly longer to complete. It’s good to have a deadline, good to have that target to try and finish by Diwali. But it may not be the end of October but the end of December; my target is the end of this year,” said the Indian-origin businessman.

Diwali falls on October 24 this year.