‘Difficult when opponent scores at seven runs per over in a Test’: Pakistan skipper Babar after loss to England

“We had an opportunity in the second innings. But we did not get partnerships in the end.” 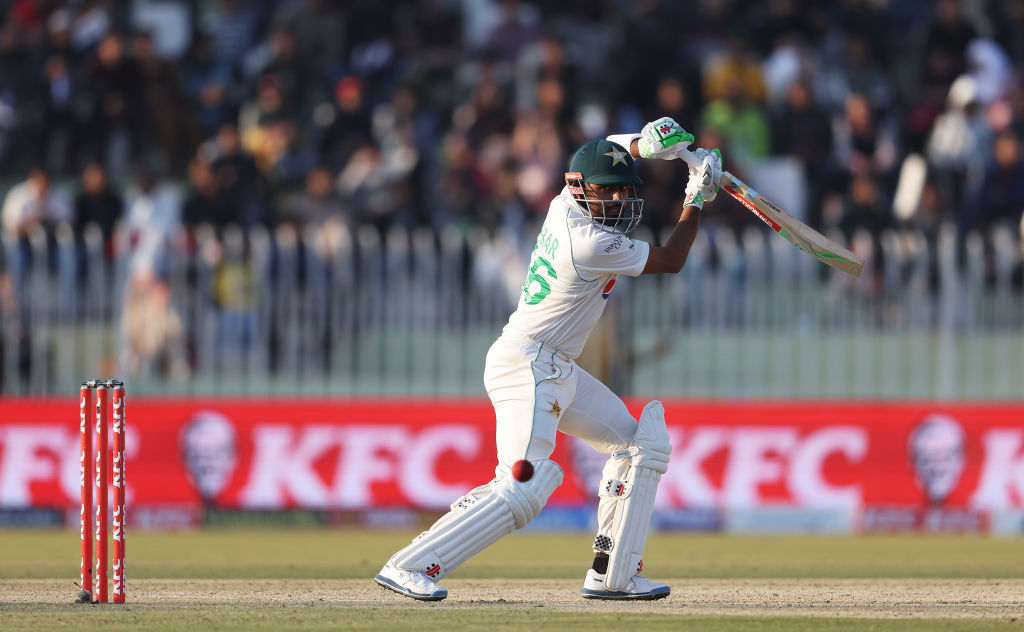 Babar Azam of Pakistan edges the ball towards the boundary during the First Test Match between Pakistan and England at Rawalpindi Cricket Stadium on December 03, 2022 in Rawalpindi, Pakistan. (Photo by Matthew Lewis/Getty Images)
Follow Us

Following his side’s loss to England in the first Test, Pakistan skipper Babar Azam remarked that it became difficult for his side to establish their grip in the match with the visitors scoring at seven runs per over.

Incredible bowling performances from Ollie Robinson and James Anderson were complemented well by England’s batting, as the visitors defeated Pakistan by 74 runs in their first Test in the country in 17 years at Rawalpindi on Monday.

“We were not upto the mark. Had a golden chance in the second innings, but session by session we lost wickets. Our bowling group is young. Unfortunately, Haris injured himself in the first innings. All credit to the bowlers who bowled well and tried without Haris. We try to stick to our plans. Difficult when the opponent goes at 7 and over. We had an opportunity in the second innings. But we did not get partnerships in the end. A lot of positives. Our batting performed very well. Bowling also very well,” said Azam in a post-match presentation.

With this win, England has taken a 1-0 lead in the three-match series.

In their first innings, Pakistan was bundled out for 579, in reply to England’s first innings score of 657. They were trailing by 78 runs in the match at that point. Babar Azam (136) scored a brilliant ton, with openers Imam-ul-Haq (121) and Abdullah Shafique (114) also hitting big.