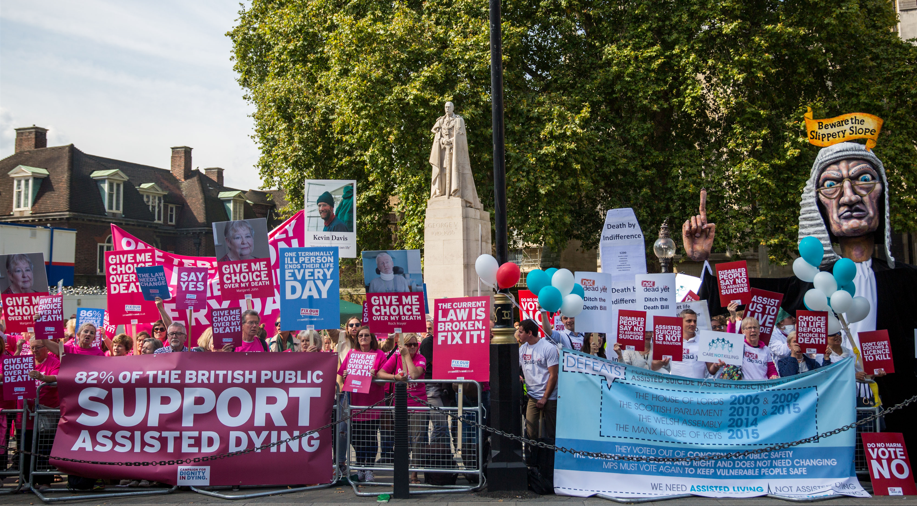 THIS week, a public consultation on a proposed law to legalise assisted dying in Scotland will be launched in the Scottish parliament.

As presented, the law would allow terminally ill people to access medication to end their own lives. Two doctors would be required to confirm that all safeguards were met, including mental competence.

Assisted dying would only be an option for people who have lived in Scotland for at least a year. It would be the first country in the UK to remove the blanket ban on such an end-of-life choice.

As a doctor, an MSP and a Hindu, where do I stand on this important matter?

I am supportive of the principles behind assisted dying legislation and welcome this important consultation which is aimed at allowing very sick people to die with dignity.

That said, I have reservations and have not yet reached a final decision on whether to back the proposed law as it stands or not. There are practical issues that must be addressed before I can support it – for example, who are the doctors allowed to make the decision?

The only certainty in life is that at some stage, people will die. It is essential we have an open and honest discussion about what our wishes are, but also that the best care is available in those circumstances so we can have dignity in dying.

Whatever happens with this bill, however, we still need to have much more investment in palliative care in Scotland to create a worldclass service – which I will continue to fight for.

In terms of my stance as a doctor, last week the British Medical Association (BMA), which represents 150,000 medics, voted to drop its opposition to assisted dying legislation and adopted a neutral stance.

As for my religious beliefs and any support for assisted dying, I see no conflict. For me, Hinduism is a personal religion and I think my stance fits with my faith and beliefs when it comes to death and dying.

I do not think I should be pushing my beliefs onto others and feel everybody has a right to make their own decisions. Everybody deserves dignity in life and also dignity in death.

I understand from campaign groups that a majority of Scots are in favour of introducing an assisted dying law and will now have their chance to speak out as part of a three-month public consultation before being considered by the Scottish parliament next year. I would urge everyone reading this to input into this process.

The public consultation will also present evidence from overseas, with examples on how palliative care has actually flourished in places where assisted dying was available.

This assisted dying Scotland bill will be the third attempt to pass such legislation after debates in 2014 and 2015. The previous bill was rejected by 82 votes to 36. Meanwhile, in the UK’s House of Lords, a private member’s bill to legalise assisted dying is due to have its second reading in October.

I have sympathy with replacing the current ban on assisted dying with a new law allowing people the compassionate choice to avoid a prolonged, painful death. But details are important; that we consider all potential loopholes for abuse or conflict and that is why I will not know how I will vote until I read the legislation.

Dr Sandesh Gulhane is the first Hindu and first man of Indian descent to be elected to the Scottish parliament, becoming MSP in May 2021. He has been an NHS doctor for 15 years and still works as a GP one day a week. Last Thursday (16), he was appointed shadow cabinet secretary for health and social care for the Scottish Conservatives, the largest opposition party in Holyrood. The views expressed in this op-ed are his own.